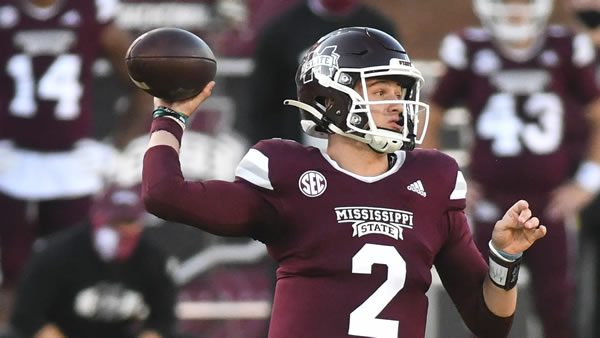 In their last game, the Bulldogs are coming off a 40-17 win over Arkansas. In addition, they
added an ATS win as they were 9.0 favorites on the spread. The team finished the game throwing
for 3 touchdown passes. Overall, the Bulldogs had 395 passing yards on a completion percentage of
64.6%. The team ended the game with 3 rushing touchdowns, along with a total of 173 yards on the
ground.

In their previous game, the Wildcats fell to South Carolina on the road by a score of 24-14.
Kentucky also picked up an ATS loss, as they were 4.0 point favorites entering the game. The team
finished the game throwing for 2 touchdown passes. Overall, the Wildcats had 178 passing yards on
a completion percentage of 55.6%. In the rushing game, the Wildcats did not find the endzone,
while finishing with a total of 121 yards on the ground.

The team’s leading quarterback is Will Levis, who comes into the game with a passer rating of
117.48 on a completion percentage of 68.8%. But, leading up to the game, he is listed as
questionable on the injury report. Wide receiver Tayvion Robinson, has come up with the most
production for the team, with a total of 392 receiving yards. In the run game, Kavosiey Smoke has
accumulated 269 on 53 attempts to lead the team.

Through their last 5 road contests, the Bulldogs’ offense has averaged 26.6 points per game
while allowing an average of 29.4. Mississippi State posted an overall record of 2-3-0 while
going 3-2-0 ATS.

Kentucky has played well in their previous 5 home games, going 4-1-0 straight up. In this
stretch, they averaged 26.6 points per game while allowing 15.4. The team also performed well vs
the spread at 2-2-1.

So far, the Bulldogs are averaging 38.5 points per game on offense, which is good for the 22nd
most in college football. This week’s matchup should be a fun game to watch, as the Kentucky
defense that is allowing an average of just 16.33 points per contest.

So far, the Mississippi State offense is averaging just 106.67 yards per game on the ground.
This production has come on an average of 25.33 rush attempts per game (131st). This week, the
Bulldogs will be facing a Kentucky defense ranked 85th in rush yards allowed per game. This year,
they have averaged 117.0 yards per game when facing defenses ranked outside the top 50.

Heading into this week’s matchup, the Wildcats will look to improve their offensive output, as
they are ranked just 87th in the NCAA in points scored and will be a matchup against a
Mississippi State defense that is allowing an average of 21.0 points per game.

Although the Wildcats have turned to the passing attack at a below-average rate this season,
they have an opportunity to find success through the air vs a Mississippi State defense allowing
teams to complete passes at a rate of 57.6%.

So far, the Kentucky offense is averaging just 92.5 yards per game on the ground. This
production has come on an average of 34.67 rush attempts per game (86th). This week, the Wildcats
will be facing a Mississippi State defense that is ranked 71st in rush yards allowed per game. So
far, they are averaging 95.5 yards per game when facing defenses ranked outside the top 50.

Wildcats +7. Bet your Week 7 college football predictions for FREE by scoring a 100% real cash bonus up to $300 when you use bonus promo code PREDICT100 at MyBookie Sportsbook!