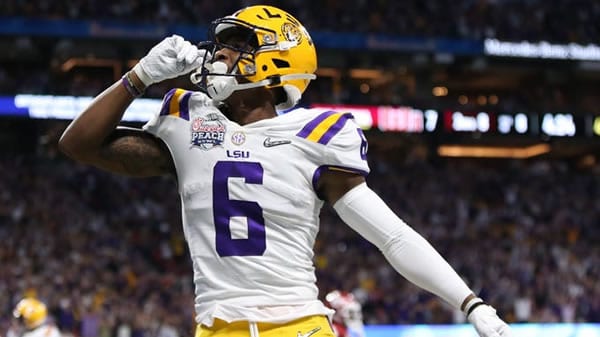 The Missouri Tigers take on the LSU Tigers on Saturday in SEC action from Baton Rouge. Missouri isn’t being eased into action, opening at home against ‘Bama, before having to go into Knoxville last week and now facing another tough road-spot. A 35-12 loss to Tennessee last week was a tough one, and they look to rebound in this underdog spot. The defending champion LSU Tigers slipped up in week one with an upset loss to Mississippi State, before rebounding last week in a big win/cover over Vandy, 41-7. Who can cover the jumbo number this week at Tiger Stadium?

Hard to Tell How Good Missouri Is

We knew already that Missouri is not among the elite of their conference, being that an elite SEC team is among the best in the nation. Missouri isn’t there, never claimed to be there, and no one ever thought they would be there this season. Therefore, sponging two non-competitive losses to Tennessee and Alabama isn’t a surprise, nor does it tell us much. And this week will likely be the same, as we won’t know Missouri’s true worth until they play more in their wheelhouse.

In their first game, Missouri was handled easily by Alabama, who held a 35-3 lead late in the third quarter. Missouri fought back some to make it a more-respectable 38-19 and cover the spread. And that sort of late-game pluck could serve them well getting a big number again this week against a high-powered foe. Last week, however, Missouri backers were left grasping for straws when as 10-point dogs, things were already looking bleak by the half.

Some guys opting out cost this Missouri offense some of its upside. They’ve been playing both TCU transfer Shawn Robinson and inexperienced Connor Bazelak at the quarterback position. Larry Roundtree, III. is a nice back, but in both of their games this season, it’s been a bit of a grind. The offensive line is coming around to speed, and finding a real difference-maker on this side of the ball has been a bit elusive through two weeks. These are difficult spots for a team like Missouri to find their footing.

Get our team's plays hot off the press: This Week's College Football Picks!

LSU Looking to Make Up for Week 1

A palpable deflation or even a championship-hangover was present in week one’s upset loss to Mississippi St. We saw more fire in their second game. It may have been better for Missouri if Louisiana St. just went ahead and won their first game because now they have a little bit of an extra chip on their shoulder. The defense was on-point, making plays all over the field. Vandy QB Ken Seals was 11-for-25 with two picks, and the run game wasn’t much better. Meanwhile, we saw LSU QB Myles Brennan throw for 337 yards and four TDs. RB John Emery, Jr. had over 100 yards on the ground, and this new-look offense is starting to take form.

Sure, LSU had it a little easier last week with Vanderbilt, albeit on the road, but we saw a team that looked like the LSU team we have grown accustomed to seeing lately. After being besieged by the Mississippi State defense in their first game, the O-line was able to keep Brennan protected and spring the run game. In applying a pass-rush and getting a few key turnovers, the defense also showed its teeth after a slippery game one effort. Brennan also connected to 11 different receivers, as LSU starts building its cast. It was a promising effort as we saw the Tigers moving the ball quickly down the field, with the O-line holding firm against a Vandy defensive front that can be quite disruptive.

The scary thought for Missouri is that LSU might be getting better. They got one of the best corners in the conference back in Derek Stingley, Jr., who is also a major contributor on returns. They now get DE Glen Logan back in the mix, as he was out the first two games. With Brennan and the rest of the team getting their feet wet against Vanderbilt and now Missouri, it’s a good build-up to the following week’s matchup, a high-stakes battle with high-ranked Florida.

We have a revved-up LSU team at home, looking to make statements in light of their season-opening loss, pitted against what looks like a bottom-tier team in their conference, just the type of team that can easily become mincemeat to a defending champion like LSU. But between a little bit of resistance on defense and the possibility that they can work out some kinks on offense, perhaps Missouri is not as doomed as one would think looking at this game on the surface. They’ve already notched one backdoor cover this season, and LSU is still a work-in-progress across a few different areas.

With an offense gaining a better rhythm, along with a defense gaining in strength and momentum, I see LSU not necessarily in championship form, but definitely taking on the air of an SEC power once again. And that caliber of team is all kinds of trouble for this Missouri bunch. Having to come to Baton Rouge isn’t what the doctor ordered for a team that showed moderately less resistance than expected in getting beaten up by Tennessee. I don’t question whether Missouri can be plucky in spots in this matchup, but I sense they will lose touch a little bit late, with Louisiana State getting the win and cover at home.

Loot’s Pick to Cover the Point Spread: I’m betting on the LSU Tigers minus 20.5 points. Bet your Week 6 college football picks for FREE by taking advantage of a 100% real cash bonus on your first deposit of $100 to $500 at BetNow Sportsbook!