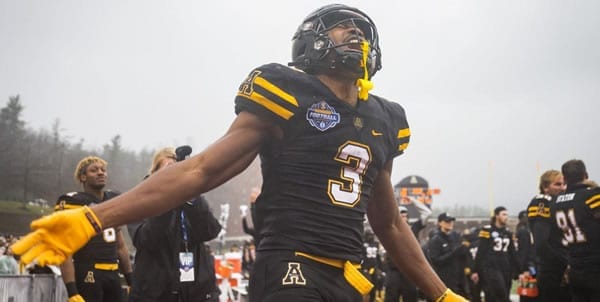 On paper, this seems a mismatch. Appalachian State comes in off a strong offensive showing against Louisiana in the Sun Belt title game, while UAB was soundly beaten by Florida Atlantic in the C-USA title game. The Mountaineers now have a chance to finish as the best Group of 5 team if they can win this game, and that’s exactly what they’re expected to do in a convincing manner. Appalachian State has already bested North Carolina and South Carolina to prove that it’s a legitimately talented squad, but the Mountaineers are having to deal with the loss of their coach after Eli Drinkwitz left Boone after less than a year for Missouri. UAB has no such issues, but the Blazers have to get back on track in a hurry after losing 49-6 to Florida Atlantic.

How the Public is Betting the Appalachian State/UAB Game

The line and the totals have both held tight from their openings, remaining exactly where they were from the beginning.

Appalachian State: Tight end Collin Reed (leg) and running back Daetrich Harrington (foot) are both questionable while running back Camerun Peoples and wide receiver Corey Sutton have torn their ACLs and will not play.

Quarterback Tyler Johnston is questionable with a knee inju

The Mountaineers have been difficult to stop all season, mainly because of a two-pronged attack led by quarterback Zac Thomas and running back Darrynton Evans. Thomas has been outstanding at decision-making in his junior year, tossing 26 touchdowns against six interceptions while racking up 2,576 passing yards. Thomas is a solid runner as well, gaining 412 yards on the ground, but he’s only the third option when the Mountaineers choose to run, as Evans and Marcus Williams have combined for just over 1,900 yards on the ground.

One issue could be the loss of Sutton, who was the second-leading receiver for the Mountaineers this season but is done for the year with a torn ACL. Thomas Hennigan and Malik Williams combined to catch 110 passes this year, so the cupboard isn’t exactly bare for Thomas, but it could mean that an offense that has topped 30 points in 10 of its 13 games might find its timing thrown off in this contest.

If Tyler Johnston can play, the Blazers’ attack will be in decent shape. Johnston has thrown for 1,952 yards and 15 touchdowns this season, but if his knee injury keeps him off the field, the Blazers will have to turn to Dylan Hopkins, who has only thrown 85 passes during his freshman season. That’d be a real issue because the Blazers don’t really have the kind of running attack that can take over a game. Spencer Brown has managed just 527 rushing yards to lead the Blazers, who have only barely managed to gain more rushing yards as a team than the Mountaineers’ top two backs by themselves.

If Johnston can play, Austin Watkins is likely going to be his top target. Watkins has been pretty efficient with his catches, hauling in 47 passes for 933 yards this season. However, he’s only managed five touchdowns this season, which has been a significant issue for the Blazers this year. UAB’s offense has gone into several nosedives this season, scoring just seven points against Tennessee, two against Southern Mississippi and six against Florida Atlantic.

When UAB comes off a loss, it’s been pretty effective at getting a cover. Over the past 13 games in which UAB has played following a straight-up defeat, it has gone 10-2-1 ATS and 5-1 ATS in its past six after an ATS defeat. However, the Blazers haven’t shown themselves able to pull off success against winning opponents: they’re just 2-5 ATS in their past seven against teams above .500. Meanwhile, the Mountaineers have cut their teeth against some solid opposition, winning five of their past six ATS against teams above .500. For the total, something has to give: the over is 7-1 in the Mountaineers’ past eight contests against teams above .500, while the under is 9-4 when the Blazers come against the same situation.

There’s no weather to worry about under the roof of the Superdome so that the elements won’t be a factor.

Really, there’s only one way that I can see Appalachian State even being in a close contest in this game: if the Mountaineers are distracted by the loss of their coach. UAB didn’t give Florida Atlantic much of a fight, and I can’t see that changing against an App State squad that’s even better than the Owls were.

Unless the loss of Sutton ends up affecting the Mountaineers more than expected, App State appears to have more than enough weapons to bury the Blazers early and win their fifth consecutive bowl game. App State actually has never lost a bowl game, and what’s more, the Mountaineers have been through this situation before, having beaten Middle Tennessee in this same game a year ago under an interim coach. The fact that UAB is in three consecutive bowl games after shutting the program down is pretty incredible, but the Blazers aren’t on Appalachian State’s level. Give me the Mountaineers.