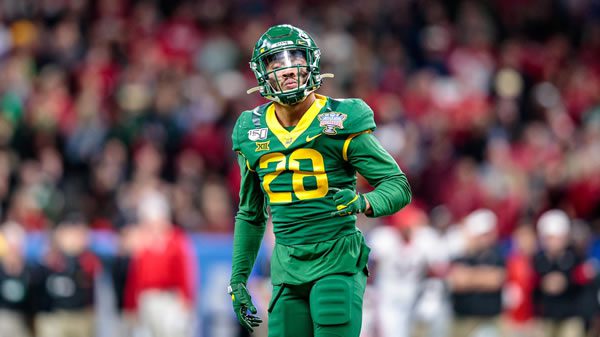 Georgia Bulldogs Head Coach Kirby Smart officially won the SEC Coach of the Year honors after an undefeated regular season that was capped off by a College Football Playoff berth. However, I think many could argue that Head Coach Lane Kiffin deserved the prestigious coaching award after leading the Rebels to a breakout 10-2 SU campaign following a measly 5-5 record in 2020. The Rebels were among the nation’s best this season on the offensive side of the football averaging over 500 total yards per game. The breakout campaign earned Kiffin an early extension to his contract, and the Rebels will make an appearance in the Allstate Sugar Bowl when they meet the 7th ranked Baylor Bears on New Year’s Day.

On the other side of the field, Head Coach Dave Aranda deserves equal credit in perhaps an even more impressive turnaround. After a 2-7 SU season in his debut at Baylor in 2020, Aranda made several changes over the offseason around his coaching staff and completely turned the program around, which featured an 11-2 SU record that was capped off by a victory in the Big 12 Championship Game after taking down no. 5 Oklahoma State 21-16. The victory earned the Bears their 2nd Sugar Bowl appearance in the last two years. The Bears previously earned a Sugar Bowl ticket in Matt Rhule’s final season but suffered a 26-14 loss to Georgia, which put a blemish on the 2019 breakout campaign. When Baylor meets the Rebels in this year’s Allstate Sugar Bowl, they will be seeking their first New Year’s Day bowl victory since 1957 and looking to put a stamp on another impressive season.

Surprisingly, there are not any noteworthy opt-outs heading into this year’s Allstate Sugar Bowl. I say surprisingly because there was considerable speculation that Ole Miss QB Matt Corral may forgo his final game in preparation for the NFL Draft. Instead, Corral plans to be under center for the Rebels meaning one of the nation’s top quarterbacks will take aim at a Baylor defense that has relinquished 230 yards per game through the air, which ranks 70th in the FBS. Despite battling some injuries throughout the year, Corral has completed just less than 70% passing for 3,339 yards with 20 touchdowns and four picks. With the all-purpose threat of Jerrion Ealy and WR Dontario Drummond, I fully expect Kiffen to find holes in the Baylor defense, and there may be some big-play opportunities as well.

While I am not exactly sold on the Baylor defense, I do believe the Bears will have every opportunity to trade punches with Ole Miss. Perhaps the bigger question as we get closer to the New Year is who will be behind center for Baylor? Starting QB Gerry Bohanon missed the Big 12 Championship Game with a hamstring injury. Freshman QB Blake Shapen has played wonderfully in limited time, including a 23 for 28 passing and three-touchdown performance in the Big 12 Championship Game. With that being said, the starting job still belongs to Bohanon if he is fully healthy, and all expectations are that Bohanon will be behind center when the Bears take the field against Ole Miss. In my personal opinion, the Rebels main concern should not even be at the quarterback position. Baylor RB Abram Smith is the guy that could really frustrate the Rebels’ defense. Ole Miss has been pretty bad against the run giving up 182 yards per game which ranks 102nd in the FBS. Smith is the style of running back that can take over games, and I fully expect that Baylor will feature their star running back in this upside match-up to create scoring opportunities.

Jay’s Pick: I’m expecting fireworks in the Superdome in this game. Both offenses have quick striking ability and should have strong match-ups against the opposing defense. Take the over 55! Question: Do you partake in live betting? A few books have the option, but one stands head and shoulders above the rest; Bovada Sportsbook! Check it out and you’ll see what we’re talking about! All nice and tidy on the same page! Lots of wagering options for each game! Smooth, quick and efficient. The way it should be! Click here to sign up now. They’ll give you a 50% bonus too!