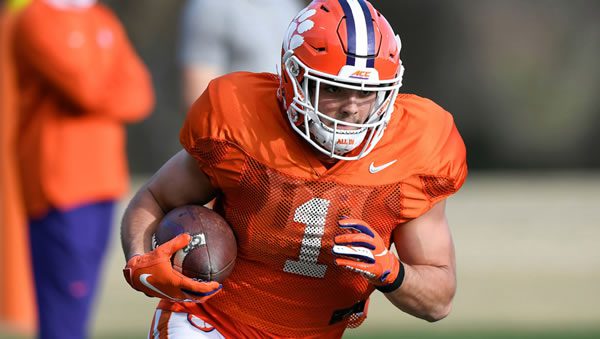 Has Syracuse finally arrived as an ACC contender, or is this game going to expose the Orange as being the product of a lesser schedule? Syracuse is off to an unexpected 6-0 start, but the Orange also haven’t exactly played a murderer’s row of opponents in 2022. The Orange do have a solid win over Purdue to their name, but otherwise, their best win is over a hampered N.C. State without Devin Leary and they’ve only played one game away from central New York in 2022.

And now they’re up against Clemson, which can essentially nail down the Atlantic Division with a win here. The Tigers have not looked as dominant as they usually did prior to last year, but they still have done enough to win against the likes of Wake Forest, Florida State and N.C. State. With just Louisville and Syracuse left among the teams in the Atlantic on Clemson’s slate, this is the de facto ACC Atlantic title game. Catching Clemson will be impossible if the Tigers win this game, even if they have proven vulnerable to a strong passing attack. Is Syracuse’s defense for real, or is Clemson about to make it back to the ACC title game after missing out last year?

How the Public is Betting the Syracuse/Clemson Game

The public is on Syracuse for a change, thinking that this is too many points for the Tigers to give. Clemson has gotten just 40% of the tickets. However, the spread has stayed stationary. The total has dropped, falling from 51.5 to 49.5.

The key for the Orange is simple: can Sean Tucker make a dent in the Clemson defense? In the midst of a rotten season for the Orange in 2021, Tucker nearly carried Syracuse to victory by rushing for 157 yards on 22 carries against Clemson. The Orange ultimately fell short in a 17-14 game, but the game was there for Syracuse to steal. And that’s what will have to happen again for the Orange to have a chance, even with Clemson’s weak pass defense. Garrett Shrader throwing 40 times in this game really isn’t what Syracuse wants to see, as the Orange are built around their strong ground game and controlling the clock.

Syracuse does move the ball decently well through the air, but it is definitely not the Orange’s first choice with Tucker and Shrader himself both being effective on the ground. The problem here is that Clemson sells out to stop the run and only gives up 82.7 yards per game. If the Orange can find a way through that with Tucker, they will be in excellent shape. Otherwise, they’ll have to take to the air.

Clemson finds itself in a similar situation to Syracuse, except for the fact that the Orange statistically have a strong pass defense. Clemson can also do both fairly effectively, but the Tigers want to run with Will Shipley rather than pass with D.J. Uiagalelei because Uiagalelei has fared much better in a simplified offense that doesn’t rely on him making as many big plays as Trevor Lawrence had to make when he was running the show. Last year, Clemson’s offense fell apart because Uiagalelei was forced to do too much, causing several ill-advised interceptions.

This year, Clemson has played a much more conservative game plan, and the results are night and day. Shipley runs the ball effectively and Uiagalelei has completed most of his passes to his own team, tossing just two interceptions in seven games. But Syracuse’s defense has done well against both run and pass, and the Orange have faced some solid offenses in Purdue and N.C. State. The Orange showed last year that they could shut down the Tigers, which means Clemson’s got to come up with something different than it did a year ago. Without a real standout performer like Justyn Ross on the roster any longer, that might be a challenge for the Tigers.

Clemson might have won eight of nine since Syracuse joined the ACC, but the Orange have really been a thorn in their side for betting purposes. Syracuse has covered in four of the past five meetings and even won the game outright in 2017. Only in 2019 did the Orange get their doors blown off, as Syracuse seems to get jazzed each year to battle Clemson.

The under has also been a strong way to bet, as these are defense-heavy teams. Both teams give up under 20 points per game, and the under has cashed in four of the past five matchups.

These teams really couldn’t ask for better weather than this. Temperatures will hit 74 in the Upstate on Saturday, with winds blowing at five miles per hour to the east.

Syracuse might not be ready to compete with the ACC’s best and win, but the Orange should still give a decent showing here. They have played Clemson well in the past with far worse teams than this one, and they should give the Tigers a close battle to the end.

Clemson has done just enough to keep winning as the challenge has gotten harder in the ACC. I think the Tigers win again, but I like Syracuse and the points. Bet your Week 8 college football predictions for FREE by scoring a 50% bonus up to $250 at the sports betting site with the BEST live wagering platform on the planet —> Bovada Sportsbook!