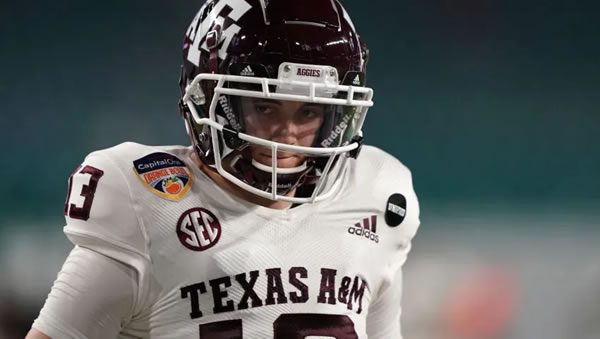 An old Big 12 rivalry is revived, although neither school calls that league home anymore. The teams have taken entirely different paths since leaving the Big 12, as Colorado has slid to a Pac-12 also-ran while Texas A&M believes it has a real chance to compete for the SEC championship and beyond. If either team is going to reach its goals for this season, they’re going to have to pass a lot better than they did a week ago, as neither team showed their best form in the air.

But while A&M moved the ball pretty well and merely stopped itself with turnovers, Colorado really struggled to move the ball through the air at all. The Buffaloes opted to do it all on the ground and replicating that might be a problem against a better opponent than Northern Colorado. Then again, Texas A&M struggled greatly to stop the run against Kent State, and if Colorado could play keep-away, the Buffaloes would have a shot.

How the Public is Betting the Texas A&M/Colorado Game

The public might be a bit concerned about A&M’s issues with turnovers in their opener against Kent State. They’ve dropped the total slightly, bringing it down from 51.5 to 51. The spread, however, hasn’t changed at all.

Colorado:
Quarterback J.T. Shrout (knee) and wide receiver Maurice Bell (Achilles) are out for the season.

When you put up almost 600 yards of offense, you’re doing something right. When you commit four turnovers, however, you’re going to lose against good teams, and the only reason A&M got away with it is the gulf of talent between itself and Kent State. Haynes King simply wasn’t good enough in the opener, making several questionable decisions with the football and allowing the Aggies to get stopped short multiple times because they turned the ball over right as they were about to get points.

The good news for the Aggies is that they did whatever they wanted when they weren’t stopping themselves, and as long as they can avoid silly mistakes, they have a good chance to keep the offense rolling. Devon Achane and Isaiah Spiller both piled up over 100 yards on the ground, and King spread the ball well among five targets, proving he’s comfortable going whichever way is necessary for the Aggies to get the offense going. As long as he avoids the turnover bug, the Aggies should have no issues.

When Colorado Has the Ball

The Buffaloes clearly weren’t expecting to find themselves back in this situation with Brendon Lewis running the show in Boulder, but that’s where they sit after an injury to JT Shrout sapped their depth at the position. Colorado clearly does not trust Lewis to get things going, as the Buffaloes opted to keep the ball on the ground against Northern Colorado throughout the contest. While the Colorado ground game was clicking on all cylinders, that game was more about getting everyone on the same page as opposed to putting up a huge number, and Colorado didn’t bother.
Instead, the Buffs will try to win or lose the game on the ground, and so far, the ground game has gotten the job done. Jarek Broussard and Ashaad Clayton didn’t have much of an issue against Northern Colorado, gaining 281 yards on the ground as a team against the Bears. Texas A&M didn’t have a great day on the ground against Kent State, so the possibility for success is there.

The Aggies don’t make it look pretty, but they find ways to get the job done. Texas A&M has covered in four straight games and has beaten the number in 14 of its last 17 non-conference games. The Aggies really made bettors sweat against Kent State (and North Carolina last year), but they got the job done each time, making them one of the best bets on the board if you’re willing to be a bit uncomfortable.

Colorado, however, hasn’t really gotten the job done when it’s played at a neutral site, nor have the Buffaloes followed up a less-than-stellar performance with a strong showing the next time. The Buffs are just 3-7 ATS following a spread loss, and they’ve covered just once in their past five neutral site games. These teams also like to put up points, as the over has hit in four of their past five matchups.

It’s likely to feel just like Texas for the Aggies, with temperatures creeping toward the low 90s on a cloudy day in Denver.

I think A&M will have the kinks ironed out after a rough first half, and I can’t see Colorado sticking with the Aggies in this one as long as Texas A&M plays mistake-free football. If the Aggies shoot themselves in the foot again, there’s a real risk of Colorado hanging around, but I don’t see that occurring here. I think the Aggies show why they’re a contender and cruise. Bet your Week 2 college football picks for FREE by taking advantage of a 100% REAL CASH bonus on your first deposit of $50 to $300 at the web’s most fun sportsbook! —> MyBookie (Must use bonus code PREDICT100).