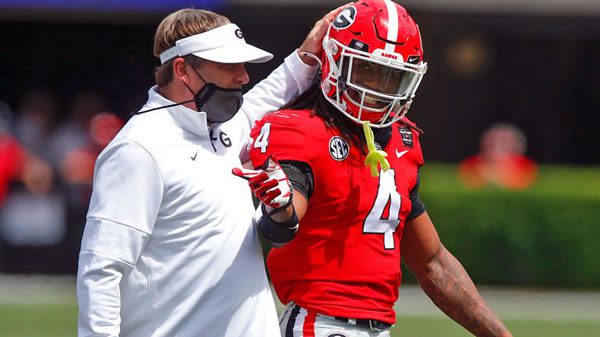 (Get the best sportsbook bonus! You can literally double your deposit with a 100% real cash bonus!)

A pair of defense-heavy squads meet for what could become a pillow fight in Georgia’s home opener. The Blazers were outstanding in their opener, pitching a shutout, but it also came against FCS opponent Jacksonville State. On the other hand, Georgia faced one of the most potent offenses over the past few seasons in Clemson and held the Tigers to a mere three points.
But the Bulldogs didn’t get anything going on their own end, scoring no touchdowns against Clemson. The game’s only touchdown came courtesy of the defense, giving Georgia just enough to get the job done. With the Bulldogs now facing an opponent nowhere near the quality of Clemson, this might be their chance to showcase what they can do before they get their SEC schedule going against South Carolina.
How the Public is Betting the UAB/Georgia Game

Even after seeing Georgia do nothing on offense against Clemson, the public isn’t buying that the offense is quite that bad. They’ve pushed the total from 44.5 points to 46, although they’ve also paired that with UAB, moving the Blazers up two points from the opening of 26.5.

If the Blazers hadn’t shot themselves in the foot against Jacksonville State, they’d probably have ended up hanging close to 50 on them. Things could have been much worse for the Gamecocks, but UAB fumbled twice, missed a field goal, and had to settle for a field goal after blocking a punt and starting at the Jacksonville State 15.

This is a conservative offense that prioritizes completions and moving the ball a little at a time. Tyler Johnston was effective against Jacksonville State, tossing just four incomplete passes in the contest. But DeWayne McBride lost a pair of fumbles, and if the Blazers make mistakes against Georgia, they’re going to find themselves out of this contest in a hurry. Look for Jermaine Brown to get the bulk of the carries, with Johnston looking for Trea Shropshire whenever the Blazers need a big play. However, given that Clemson never got started against Georgia’s defense, it’s difficult to see how UAB is going to have much more success.

The passing attack has got to be better if Georgia is going to compete for a national title. J.T. Daniels didn’t take many chances against Clemson, throwing for a mere 135 yards, and the Bulldogs made it clear they were relying almost entirely on their defense to get the job done against the Tigers. That might work most games, but Georgia will need to be able to count on its offense at some point this year, which is why they’re likely going to have Daniels try to get things moving.

UAB’s defense is pretty solid against the pass (not anywhere near Clemson levels, though), but the Blazers did get torched by Miami last season and haven’t seen a lot of success against Power 5 opponents. Georgia has tended to show marked offensive improvement in the second game of the season under Kirby Smart, and in order for that to happen again, Daniels has to be more aggressive with his passes. Ten of his 22 completions were to tight end Brock Bowers or running back James Cook, a sign of an offense that’s just looking to take whatever it can get.

Georgia has now covered in four straight home openers, not an impressive feat at first until you consider that they’ve opened with Appalachian State and Auburn along with two FCS squads over the past four seasons. The Dawgs have rolled in three of their past four games at Sanford Stadium, and that was without fans in the stands and with a backup quarterback trying to get the job done.
UAB had done a nice job building the program back since it was shut down in 2015 and 2016, but since then, they’ve played four Power 5 opponents and have yet to cover even once. The closest they’ve come to covering was last year against Miami when they took a 17-point loss as a 14.5-point dog. Overall, UAB against the SEC has been a losing proposition: the Blazers are just 2-27 all-time against SEC opponents.
Weather Report

It’s going to be a hot day in northern Georgia, with temperatures hitting 87 degrees and only a slight breeze blowing at five miles per hour.

For me, the best bet here is UAB to go under its team total, as I see little to suggest that the Blazers are going to be able to move the ball on Georgia. The overall total is tricky because you’ve got to assume that Georgia is going to do all of the scoring, so I’d rather take the Bulldogs’ defense and not have to worry about the offense.
But that said, I think the offense comes out looking to prove it can do the job, which means the Bulldogs should reach this spread. This could be a reversal of UAB’s opener, as this looks likely to be a Georgia rout thanks to the defense controlling the day. Give me the Dawgs. Note: Many will ignore this, which is unfortunate, because it can save you a TON of money! —> Your book charges you -110 odds on your bets. BetAnySports only charges -105. The amount of money you’d save by taking 5 minutes to make the switch is MIND BOGGLING! Be smart! Click here to start saving huge $$$ today!