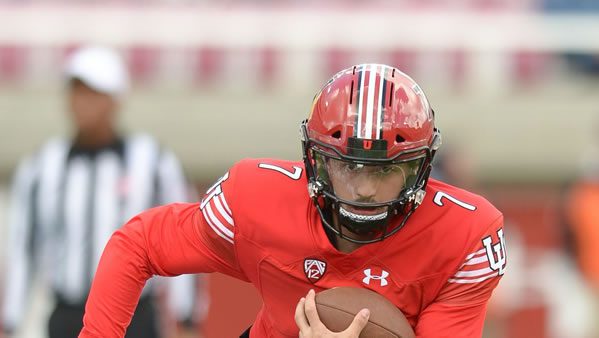 Point Spread: USC +3/UTAH -3 (Bovada – This will be a GREAT game to live bet! Check out the best live wagering platform on the planet here!)

The USC Trojans come into Salt Lake City to take on the Utah Utes on Saturday in a big Pac-12 game. It’s been all smooth sailing for the Trojans through 6 games. On Saturday, they took care of Washington State at home, 30-14. But Lincoln Riley’s group faces a tough road assignment against a good conference team in Utah. They came up short in LA last week, losing to UCLA, 42-32. But they’re still a dangerous opponent, especially at home. Who can get us the cover this week?

Not as Easy as it Looks?

On one hand, we see a high-flying USC team with everything clicking with their new high-profile coach and all these new shiny pieces that have them unbeaten and looking ahead to big things. On the other hand is a Utah team that is relatively out of sight and out of mind. We see the lesser of the two Los Angeles schools just having put 42 on them last week, the second time in two tries Utah lost in big tests this season. It can create an image where you’re looking for any excuse to play the Trojans this week.

Then we remember the variance we can see from Utah when they play at home versus away. Even this season, we’ve seen a whole different animal at home, as their setbacks were predictably on the road. But beyond their performances at home is how their opponent’s form can change when playing at Rice-Eccles Stadium. Teams can get bogged down here. Things that were working don’t come off as well all of a sudden. And granted, dwelling on last season’s results would seem to be especially foolhardy with a new-look USC team, but the Utes beating the Trojans at the Coliseum last season, 42-26, it’s worth noting that a lot of guys on that Utah sideline know what it’s like to thrive in this particular conference spot.

Home-field and historically having been tough in certain spots against Southern Cal will alone not help them keep pace this week. But maybe the wealth of offensive firepower for the Trojans will mask what is in fact a diverse Utah offensive attack. QB Cameron Rising is a force in this conference, both with his arm and his feet. They have a capable cast of ball-catchers, though losing TE Brant Kuithe for the year was costly. Even so, the Utah offense has averaged 36 points a game in their last three conference games.

The Trojans also have leading receiver Jordan Addison listed as questionable after leaving the last game with an apparent leg injury. Luckily for Southern Cal, their success on offense doesn’t come down to any one person. QB Caleb Williams has been very sharp with 14 TDs and just one pick. Another transfer in Travis Dye has been good as the lead back, with yet another transfer in Mario Williams being a reliable target for Williams, as the two worked under Riley in Oklahoma, as well. A lot of times, it doesn’t work when you throw together a bunch of pieces and expect it all to work out swimmingly. But so far, the USC offensive machine looks to be a whole different kettle of fish than what Utah has seen from the Trojans in recent seasons.

Hope for the Utah Offense

Offense is what gets the most attention. And when even thinking of USC and great Southern Cal teams of the past, it’s offense that dominates the thoughts. Therefore, it’s understandable that when people assess USC and their potential uptick this season, it will be offense that gets discussed the most. But as we get into the trickier aspects of the Trojans’ conference schedule, we’re going to need to look at defense more. Not that the USC defense has been bad, but there have been times where you can imagine a more-competent defense taking it to this group.

Between Tavion Thomas and the legs of Rising and others, this Utah team can sometimes dominate on the ground, control the tempo of the game, and really deaden the pace and texture of a game. You put them in this home stadium and that becomes a possibility that is more than remote. If USC’s defense is vulnerable in one area, it’s against the run-game, a part of the offense that the Utes favor using more than the pass. Could this be an advantageous spot at home and with some different matchup angles shaking out in Utah’s favor?

Utah plays a different game on their field and possesses one of the best home field advantages in college football. Don’t let the their loss to UCLA last week spook you. The Bruins are playing good football. Look for the Utes to pull off an exciting win at home Saturday.

Loot’s Pick to Cover the Point Spread: I’m betting on the Utah Utes minus 3 points. Bet it for FREE by scooping up a 100% real cash bonus when you use bonus code PREDICT100 at MyBookie Sportsbook!