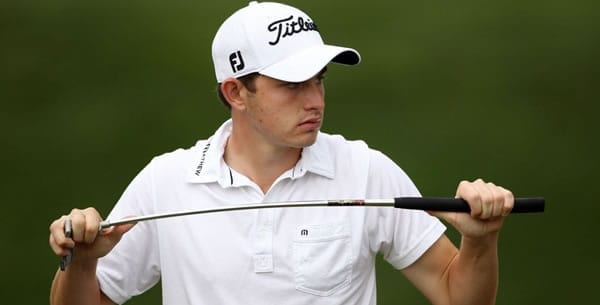 Now that the NFL season is over, you’re gonna need a new weekend betting fix, and the XFL shouldn’t get it all. With The Masters on the horizon, now is the perfect time to hit the on-ramp to the 2020 PGA Tour season, and we are here to break down the AT&T Pebble Beach Pro-Am. What started as Bing Crosby’s clambake is now a tradition-rich event that has become a player and fan favorite. Pebble Beach is one of the most historically significant courses, and the venerable host draws a strong field for 2020 with Dustin Johnson headlining the list of favorites. Five-time champion Phil Mickelson may draw the biggest galleries this week with Jordan Spieth, Jason Day, and Viktor Hovland, also teeing it up.

Pebble Beach has been part of the Tour since 1947 and the 6,816 yard, par-72 masterpiece serves as the primary host for the Pro-Am although two other courses will be used during rounds 1-3. Players will log one round each at Pebble, Spyglass Hill (6,953 par-72), and Monterey Peninsula’s Shore Course (6,958 par-71) before the cut is made and all play finishes at Pebble Beach. Spyglass could easily play as one of the hardest courses on Tour if organizers wanted to make it play that way, but the difficulty is turned down a bit with the amateurs along for the ride. The Shore course is the best overall scoring opportunity for the players over the first three days, but moves can also be made at Pebble on the final day as Phil Mickelson showed last year when he carded a finishing 65 to get the win. Brandt Snedeker holds the tournament record at 22-under par with typical winning totals running in the 16-to-19-under par range. Big names like Mickelson, Dustin Johnson, and Spieth have won here, but the event has also been kind to the journeyman as Ted Potter, Vaugh Taylor, and D.A. Points have also broken through to win at Pebble. The atmosphere here can be fun but also distracting, so dealing with the less than typical environment is a key to victory as much as a hot putter and sharp approach game.

Each week, we take a look at the online betting sites and highlight the best values on the board. We make a short, middle, and long odds pick to win and also breakdown a couple of head-to-head matches that you can find at just about every golf betting outlet. Odds and pairing for this week’s event come courtesy of the board at Bovada. Here are our picks to win the 2020 Pebble Beach Pro-Am.

Cantlay has made a steady march up the OWGR list over the last season-plus and enters this week as the 7th best player in the world. He has spent the fall and winter playing around the globe, including stops in Abu Dhabi and Australia as part of the Presidents Cup team, but the heavy travel hasn’t hurt his game, as evidenced by his runner-up finish at the Shriners and a T4 at the TOC. He is 12th in fairways, 2nd in greens hit, and 8th in overall tee-to-green performance to stand as one of the best ball strikers in this field. The putter ranks 19th on GIR putting average to produce the 4th best birdie rate, and he is 7th in total strokes gained. Dustin Johnson is rightfully the favorite this week, but Cantlay is not far behind, and at 27 years old, he is just entering what should be the peak years of his career.

Part of my Kuchar pick includes his calm demeanor, which he can use to neutralize the somewhat crazy Pebble atmosphere, and he turned in a decent T22 here last season. He has a couple missed cuts in the early portion of the year but has been T16 or better in two of his last three starts to show a positive trend. Matt is 7th in fairways and 40th in total putting. Those no-nonsense basics that have been a part of his game forever will help him navigate the nuances of the host courses and set him up to make a run back at Pebble on Sunday. His putting average on GIR is quite low compared to his career average, so I am looking for a bit of mean regression there, which will immediately boost both his scoring average and chances to win this week.

Homa isn’t just one of the best PGA follows on Twitter, he has the skills and proved it by winning the Wells Fargo in 2019. Last season was clearly his best on Tour as he moved from 854th in the world to 95th, and he is looking to get inside the top-64 to be WGC event exempt. Max is on his way with seven of eight cuts made and enters the week riding back-to-back top-10 finishes in his last two starts. He is solid off the tee, but his work on the greens has been the key for him over the last two seasons with a top-50 rank in total putting and in strokes gained on the green. He performed well at Pebble in two starts with a T29 in 2015 and a T10 last year. It appears that he is figuring out how to do well on a consistent basis, and this field isn’t so top-heavy that a fringe player can’t break through to win.

Picks to win based on the predicted score for all four rounds. Check out MyBookie for single round matches and a variety of prop bets. For a limited time (this is an incredible offer) you can deposit $300 and get $300 added to your account when you