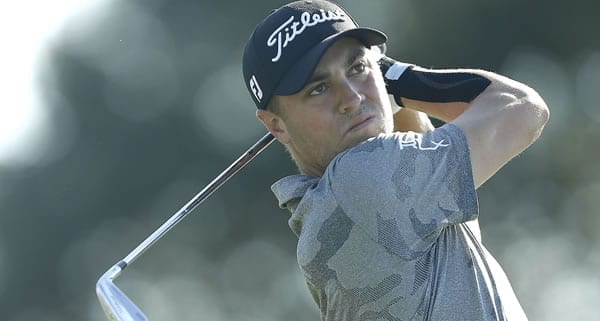 Where: Colonial CC - Ft. Worth, TX

And we are back!

The PGA Tour last saw action on March 12th, but Coronavirus shut down the “The Players Championship” that weekend and subsequently shuttered the Tour since. As we come out from quarantine, the Tour is heading to Fort Worth for The Charles Schwab Challenge in what will be a strange but welcome return to competitive golf.

There will be no spectators at Colonial, but there will be a tremendously strong field as The Schwab carries an invitational status, and so many pros are itching to get back. The lack of fans lining the fairways will be noticeable to some degree, but golf is perhaps the best TV sport to be contested without a crowd. We will miss the roars after big birdies, but the trade-off is that we will likely hear more of the caddie-player conversations as well as real-time reactions to shots by the player. The two televised exhibitions have received high marks in terms of entertainment value, and fans should be very excited to see that same access expanded to 120-players over four days of real competition.

Rory McIlroy leads the favorites for this week, but he is not alone at the top of the betting board with stalwarts like Jon Rahm, Dustin Johnson, and Brooks Koepka also among the popular contenders. Tiger Woods is one of the few big names not in Fort Worth, and that puts some interestingly long odds on veterans like Jason Day (50 to 1 to win at Bovada) and Bubba Watson (125 to 1). The young gun set is led by Viktor Hovland, Max Homa, and Matt Wolff. Those three have all broken through to win on Tour in recent months with guys like Maverick McNealy next in line. Gary Woodland, Bryson DeChambeau, and defending champion Kevin Na are also on the long list of notable entrants. Na is looking to continue a run that saw him set the course record of 61 in 2018 before winning it all last year.

Colonial Country Club is one of the more historic stops on Tour, hosting every single edition of the Schwab Challenge since debuting 74 years ago. The 7,200 yard, par-70 layout is a shotmakers course that has often favored the most accurate players. Zach Johnson owns the tournament record, and previous champs include Jordan Spieth, Kevin Kisner, and Steve Stricker. I expect the layoff and any associated rust to hurt the power players a bit more in the short term, so look for the accuracy-first players to see a small advantage, in general, this week.

Each week, we take a look at the online golf betting sites and highlight the best values on the board. We make a handful of picks to win, spreading our selections over the short, middle, and long odds spectrum. Odds to win for this week come courtesy of the board at Bovada. Here are our picks to win the 2020 Charles Schwab Challenge.

It seems like forever ago, but Thomas was one of the better performers at the end of 2019, winning the CJ Cup, and he started 2020 with a Tournament of Champions win. He enters the week with the 2nd most FedEx Cup points and recorded a T3 at Phoenix alongside a T6 in Mexico before the Tour was suspended. Thomas is 12th in greens hit and is a top-15 GIR putter, so it is no surprise to see his birdie and scoring marks both inside the top-5. He ranks 8th in strokes gained on approach, so there are few in this field that can get the better of Justin on the second shot. That is a little more important with only two par-five holes at Colonial, and Thomas can work that advantage to a larger degree. As one of the best players on Tour, Thomas doesn’t routinely play week-after-week for months in a row, so he should be familiar with how to keep his swing in good shape during long breaks from competition. Bet your Charles Schwab Challenge picks for FREE by taking advantage of a 100% REAL CASH BONUS on your first deposit of $100 to $300 at MyBookie Sportsbook!

Fowler had a nice T5 at the TOC to start his season and generally played well ahead of the stoppage, racking up a 65%+ fairways and greens hit rate, but the results weren’t there. I think the layoff could be beneficial for any player that was scuffling a bit, and Rickie’s swing and attitude looked great during the charity match with Rory, DJ, and Matt Wolff. Fowler is on my short list of guys that should start fast coming out of lockdown, and I think he will lean on his putting this week. He is 37th in overall putting average but 8th in one-putt percentage so the birdies could be plentiful at Colonial. With nearly unlimited time to work on their games, I suspect the better putters will only increase their advantages on the greens as we resume play.

NOT ALL SPORTSBOOKS ARE CREATED EQUAL! DID YOU KNOW THAT YOU COULD BE BETTING AT WALMART STYLE DISCOUNT ODDS? YES! SAME BET, CHEAPER PRICE! BE SMART AND MAKE THE SWITCH TODAY TO 5DIMES! YOU’LL BE SO GLAD YOU DID!

Firmly mired in one of the more inexplicable slumps in recent golf history, Spieth may be one of the biggest beneficiaries of the forced layoff. Without the pressure to be competitive in the short term, Jordan should have been able to identify and correct the most significant issues that had erased his once-elite ball striking. If nothing else, the break was just a pure respite from the grind, and Spieth can come out ready to build on a T8 at the CJ Cup and a T9 at Pebble. Colonial is a friendly venue for Jordan as he finished 2-1-2 here from 2015-17 and ran T8 last year after an opening round of 65. He will have to do better than his current 47% fairways hit mark, but the putter has never left Spieth, even during his greatest ball-striking struggles. Jordan is 22nd in overall putting average, 13th in putting average on the green in regulation and 13th in three-putt avoidance. That dependability with the putter and the course familiarity gives him a boost, and it might be enough to send Spieth back to the winner’s circle for the first time since July 2017.

Sabbatini has cooled off a bit in 2020 with just one top-25 finish in twelve starts, but his long term trend has still seen him improve his OWGR by over 100 places since early 2019. With only six total missed cuts over the better part of two seasons, Rory has developed into a dependable veteran that will at least make the weekend. That is an important place to start if you are going to cash in a longshot bet, and Sabbatini has won here before, although that was way back in 2007. He did turn in a nice T6 last season to prove he is still friendly with Colonial, and five of his previous eight rounds here have been in the sixties, including two rounds of 66. He won’t wow you with power or pinpoint approaches, but there are few holes in this veteran’s game, and he has seen enough over his career to deal with whatever strange atmosphere may await the players this week.