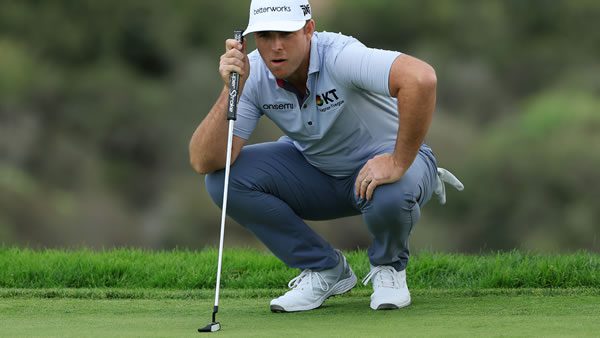 The PGA Tour continues its swing through Southern California with a stop at Torrey Pines for the Farmers Insurance Open beginning Wednesday morning. It’s the second year in a row the Farmers starts a day early and ends on Saturday to avoid the television battle with the NFL’s championship games this Sunday.

Five of the World Golf Rankings’ top 10 golfers, including the hottest player on the planet right now, Spaniard Jon Rahm, will shoot for shares of $8.7 million in prize money this week.

Torrey Pines took over as home to the San Diego Open back in 1968. The tournament has since gone through several name changes, becoming the Farmers Insurance Open back in 2010.

Last year Luke List birdied the first hole of a playoff against Will Zalatoris to win the Farmers. Rahm, Cameron Tringale, and Jason Day tied for third, one shot out of the playoff. And Joaquin Niemann, Justin Rose, Pat Perez, Sungjae Im, and Aaron Rai tied for sixth.

Rahm also won the Farmers back in 2017 and won the US Open at Torrey Pines in 2021. He owns by far the best recent past performance at this course; combined with his recent overall game, we see why Bovada lists him as the +450 favorite to win this weekend.

Each week we take a look at the online betting sites and highlight what we believe to be some of the best values on the board. We offer three picks to click on the weekend and some head-to-head props. Odds to win and pairings for this week can be found at Bovada. Here’s our take on some of the field in this week’s Farmers Insurance Open.

Zalatoris finished second to List in a playoff here last year and finished T-7 here two years ago. Last week at La Quinta he T-36 with four rounds in the 60s, and three weeks ago, he T-11 at Kapalua. He’s the fifth choice on Bovada’s Farmers win board, and the price is just nice enough to tempt us.

Rose won this tournament in 2019 and finished T-6 here last year. He struggled a bit last week with a 72 on Saturday but bounced back with a 65 Sunday and finished T-26 in his first tournament since November. Another week of being back in the swing of things might help.

List won this tournament last year and finished T-10 here two years ago. He also finished T-11 at Kapalua three weeks ago, then missed the cut at La Quinta last week. It seems to us List might he be ripe for a bounce-back performance this week at a course he apparently likes very much.

Among Bovada’s other Farmers Insurance Open offerings are first-round “six-shooters,” group betting involving six players. For instance, Collin Morikawa, who finished T-4 at the US Open at Torrey Pines two years ago, is getting +375 against a field of Schauffele, Zalatoris, Max Homa, Jason Day, and Maverick McNealy. After finishing second last weekend, Davis Thompson is getting +450 against a field of Adam Hadwin, Cameron Davis, Rose, Keegan Bradley, and Rickie Fowler.

The first groups for this Farmers Insurance Open go off Wednesday morning at 11 am ET, 8 am local time.