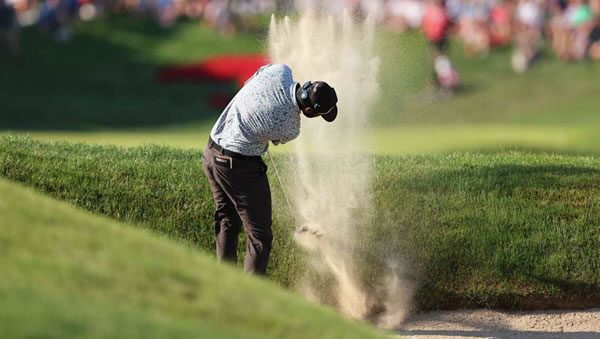 This week, the PGA Tour hits the Midwest for the 51st edition of the John Deere Classic. This event never attracts the strongest field on Tour, as top players usually skip it to concentrate on the upcoming British Open and travel. In fact, only six of the PGA World’s Top 100 will participate in this tournament this weekend.

This year the John Deere Classic doesn’t immediately precede the Open; instead, it goes up against some stiff tournament competition, as the LIV Tour plays at Pumpkin Ridge in Oregon and the DP World Tour plays the Irish Open.

However, John Deere Classic entrants will play for $7 million in prize money, a cool $900 K more than last year, and more importantly, for three spots in this year’s Open Championship, played in two weeks on the Old Course at St. Andrews in Scotland.

As for TPC Deere Run, it plays as a par 71 at 7,268 yards, and the scoring usually runs hot. This course began hosting this event in 2000, and since then, every winner has shot at least 16-under par. Also, over the last five John Deere Classics, the average winning score is 21-under.

Lucas Glover won this tournament last year, shooting 64 on Sunday to finish 19-under par, two strokes clear of Ryan Moore and Kevin Na. In the process, he pocketed $1.1 million. Glover was already eligible to play in the Open - he later missed the cut - so Moore received the lone exemption the JDC offered. Unfortunately for him, a back problem flared up, and he was unable to play. Moore, who won the John Deere Classic back in 2016, will tee it up again at TPC Deere Run this week.

Each week we take a look at the online betting sites and highlight what we believe to be some of the best values on the board. We offer three or four picks to click on the weekend and highlight a
head-to-head match or two. Odds to win and pairings for this week can be found at Bovada. Here’s our take on some of the field in this week’s John Deere Classic.

The 24-year-old Californian just blew a chance to win last week’s Travelers Championship in Connecticut by double-bogeying the last hole. Theegala also committed a late error to finish tied for third at the Phoenix Open back in February and has since finished T-7th at the Valspar Championship and T-5th at the Memorial a month ago. So he’s playing some good golf in some very good fields.

The defending John Deere Classic champion isn’t exactly playing outstanding golf lately, but he’s made the cut his last four times out, including at the PGA Championship at Southern Hills back in May. He also may have an affinity for this golf course after making five birdies on the back nine on Sunday to win this tournament last year.

The Wisconsinite won this event three times in a row from 2009-2011 and just finished second at the US Senior Open at Saucon Valley last week. Last year he shot -9 at the JDC to finish ten off the lead. Stricker can still putt like crazy, and the John Deere Classic often comes down to a putting contest. At 55 years old, Sticker is trying to become the oldest PGA Tour event winner, and on a course like this, he’s got a chance.
Head-to-Head Matches

Pick to win based on the predicted score for all four rounds. Check with your favorite sportsbook for single-round matches and a variety of prop bets.

These two are the top two players on the JDC win board, Simpson the favorite at +1400, and Hadwin the second choice at +1800. And they’re pretty close in overall ability. Simpson is ranked No. 58 in the World, Hadwin No. 80, and both own average scores this season of 69.9. But Hadwin also owns four top-10s over his last ten tournaments, including a T-7th at the US Open a couple of weeks ago. Meanwhile, Simpson owns just one top-10 this season and missed the cut at the US Open, although he did bounce back to finish T-13th at the Travelers last week. We like the action with Hadwin getting the underdog price. Bet YOUR golf picks and predictions for FREE all month long by taking advantage of a 100% real cash bonus on your first deposit up to $500 when you use bonus code PREDICTEM at Betnow Sportsbook!