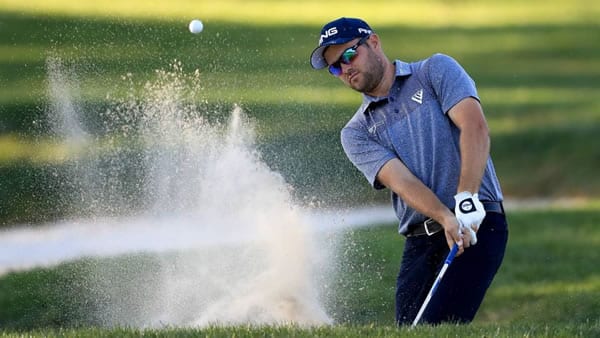 Worldwide travel restrictions have kept sporting events on a regional stage through the fall, but the PGA is opening things up a bit this week as the Tour heads to Mexico for the Mayakoba Golf Classic. This will be the 14th edition of the Classic, and the event has offered full points and exemptions since 2014. Brendon Todd went 20-under par to win here last season, with Matt Kuchar winning in 2018 with a 22-under par total tournament record. Since the 2014 season, every winner has managed at least 17-under par, so another shootout looks to be on tap at El Camaleón.

This will be the strongest field to ever attend the Mayakoba, with Brooks Koepka, Justin Thomas, and Rickie Fowler leading the way in terms of name status. Tony Finau, Abraham Ancer, and Gary Woodland are on a shortlist of anticipated contenders. The field rounds out with young stars like Viktor Hovland and longtime vets like Steve Stricker. This event has a history of naming out-of-the-box winners, with Fred Funk winning the inaugural tournament at 50 years old. Charley Hoffman, Pat Perez, and Patton Kizzire have all won in recent years, so you can’t count out the journeymen this week.

El Camaleón is a Greg Norman design, and the 7,020 yards, par-70 layout has earned high marks for its innovative use of the natural landscape to create both challenge and scoring chances. It is not uncommon for contenders to hit nearly 80% of their greens in regulation here and that kind of environment is an advantage to the better iron players. Over the course of four days, those players will net more quality birdie looks and have a chance to keep up with the fast scoring pace. A hot putter can keep players afloat, and it is not unusual to see multiple players in the low sixties in the early rounds before scores settle somewhat over the weekend.

Each week, we take a look at the better golf betting sites and highlight the best values on the board. We make a short, middle, and long odds pick to win and breakdown a couple of popular head-to-head matches that you can find at just about every golf betting outlet. Odds and pairings for this week can be found at Bovada. Here are our picks to win the 2020 Mayakoba Golf Classic.

English has a great short term trend working with three top-10 finishes just since the US Open, and he fired a Sunday 62 to finish 6th in his last start at The RSM Classic. He also has a good track record here with a win in 2014 and a T5 last season. He profiled very well for El Camaleón with top-40 marks in off-the-tee and overall tee-to-green performance with a top-30 putter that has cranked out the 7th scoring average this season. That solid putting extends to his par-save game, and he checks in at 27th in scrambling to round out a very versatile stat sheet that ranks 21st in total strokes gained. I think he navigates the few trouble spots at this course and sees a high volume of good birdie looks with a proven putter that produced a tournament-low round in his last time out. There are a few big dogs for Harris to get by, but this field isn’t so deep that a win is beyond his grasp. Another bet I’ll be making is for English to finish in the top 10 at +145 odds. You can find this bet at Bovada.

Conners is running hot as the winter approaches with four straight top-25 finishes, including back-to-back top-tens at The Masters and the RSM. His shot-making is a good fit for the course, and he enters the week as the 11th best total driver on Tour, hitting the 17th most fairways on the season. He isn’t elite in most stat categories but doesn’t fall off anywhere either with top-50 marks in GIR, tee-to-green performance, birdies, and scoring. On top of being good at hitting greens in general, he ranks 46th in approach proximity so give him a bit of an edge when it comes to getting approach shots close, not just one the green in general. His performance at Augusta was impressive for his relative lack of experience on that stage and a really good sign that he is playing well enough to win. I’m also wagering on Corey to finish in the top 20 at +115 odds. You can find this wager at Bovada Sportsbook.

Bradley has been hit-and-miss over the fall with four missed cuts in seven starts, but his made cuts have produced some quality finishes with a T4 at the Sanderson and a T15 at the RSM. Keegan has a nice track record at El Camaleón with top-15 finishes in both of his career starts, and his ball-striking profile suggests he is in for another strong run. It is not impressive to average 300 yards off-the-tee these days but is more noteworthy when that pop comes with the ability to find fairways, and Bradley does and comes into the Mayakoba ranked 41st in overall off-the-tee performance. He adds the 39th best greens hit percentage and grinds out the 44th best scoring mark despite being one of the worst statistical putters on Tour. Bradley would be winning multiple times a year if he could just find a way to not give strokes to the field on the greens. That said, all he needs to win is a decent week with the putter, and I think he has a chance to do that on a course where he has shown some scoring ability.

Picks to win based on the predicted score for all four rounds. Check MyBookie for single round matches and a variety of prop bets.

Koepka has looked like he is closing in on his vintage form with back-to-back top-ten finishes in his last two starts, but he has a tough out in this match, considering Berger finished last season in the top-10 in both birdies and scoring and led the Tour in scrambling. Berger will not beat himself at a course that fits his profile a bit better, considering he is the more accurate ball striker between these two, so Koepka is going to have to go out and win this one; it won’t be handed to him. Brooks is scoring despite a somewhat crooked driver, and while El Camaleón doesn’t overly punish poor drives, Koepka is going to have to work harder for good birdie looks if he misses more fairways than he hits as he has been in recent weeks. Berger turned in a better putting average and total strokes gained stat last season, and I like him as the small underdog here.

Every year, there are a few players that you target to bet against and nearly blind bet their opponent every week. With zero top-25 finishes this fall and a sketchy stat sheet, Fowler has fallen into that category, and I will routinely be betting against him until he proves he is back on his game. The sportsbooks have caught on as well, with Rickie seldom paired against big-name players anymore, and we see here that Fowler is the underdog in a head-to-head with a solid but relatively unknown Russell Henley. Henley is 2-0 against Fowler this fall, most recently posting a T4 at the ZoZo while Fowler was back at T57. Henley is top-10 in both fairways and greens to enter as the better ball striker and owns a significant scoring edge with the 6th best scoring average this season while Fowler is back at 163rd. Rickie is clearly the longer player off the tee, but that is not a tremendous advantage at this course, and Henley can neutralize that with a better approach game. Fowler enters the week ranked 241st in scrambling, so he is just too mistake-prone at the moment to go away from the consistency that comes with Henley. Bet your golf picks for free this week by taking advantage of a 100% REAL CASH bonus on your first deposit of $100 to $300 at MyBookie! (Must use bonus code PREDICT100 to get the bonus credited!)