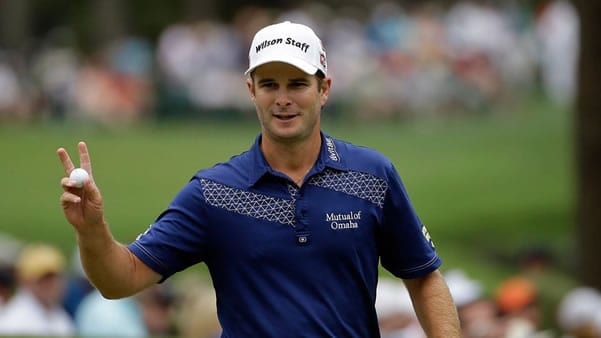 The 2021 PGA season is starting to heat up, even if temps around the country are decidedly cool. Big names are hitting their strides, and we have seen some great finishes as everyone is looking to get themselves right for the coming run of premiere events. Riviera hosts the action this week, with The Genesis Invitational serving as the last stop on The West Coast Swing. Adam Scott defends his 2020 title against a Major-quality field that features Dustin Johnson, Jon Rahm, and Rory McIlroy. Xander Schauffele enters this with three runner-up finishes on the season, including in each of his last two starts, and Bubba Watson is looking for his fourth win at Riviera, having won here in 2014, 2016, and 2018. Jordan Spieth has made some noise in recent weeks, and his 33 to 1 odds to win are as short as they have been in a long time. Bryson DeChambeau and Brooks Koepka are also getting a lot of betting attention in this 120-man field.

Riviera has been held in the highest of respects for decades, and that reputation is well earned as the course represents one of the best ball-striking challenges on Tour. The 7,322 yard, par-71, can be played aggressively off-the-tee as hitting fairways isn’t critical, but iron play is the key, and players that can consistently hit their targets are going to fare well. Players can even be relatively average on the greens over the week and remain in contention, but missed greens are nearly impossible to overcome. Adam Scott led the field in greens hit en route to winning last year even though he failed to finish in the top-25 in strokes gained putting. Winning scores have been as low as 17-under in recent years, but 6-under was all it took for James Hahn to win in 2015, and Riviera can turn brutal with nearly no notice. During the final round last year, 37 of the 68 players failed to break par on the final day, and 68 was the best round among the contenders. Come from behind, wins are not the norm here, with four of the last five champions owning at least a share of the 54-hole lead. Playoffs are not common, but close finishes are with four of the last five editions decided by two strokes or fewer.

Each week, we take a look at the online betting sites and highlight the best values on the board. We make a short, middle, and long odds pick to win and breakdown a couple of head-to-head matches that you can find at just about every golf betting outlet. Odds and pairings for this week were found at Bovada. Here are our picks to win the 2021 Genesis Invitational.

Thomas has been on a roll in 2021 with not missed cuts and four top-ten finishes in seven starts, including three top-4 finishes. He missed the cut here last season but was 9th and 2nd in the two years prior to keep his Riviera trend positive overall, and he enters the week with the best birdie average on Tour. Justin is hitting 70%+ of his greens in regulation and checks in at 11th in overall tee-to-green performance, which should be a key indicator this week. He is also 15th in strokes gained on approach shots, so he is setting up quality birdie looks, not simply hitting greens. He sits inside the top-20 in strokes-gained putting to check all the boxes for a potential win, and he is no stranger to navigating the strongest of fields.

A T2 in Houston has been Matsuyama’s only top-10 finish of 2021 but has missed just one cut in eleven starts, and that was cut on the number at 5-under at the Shriners. He has four top-11 finishes at Riviera since 2015, and his 64-69 weekend was the best finish in this event last year. Hideki is a top-20 player in tee-to-green metrics and carves out a top-50 scoring average despite his birdie average hovering outside the top-80. He is still just 28, but that is veteran status on Tour these days, and Matsuyama has learned to limit the mistakes. Saving strokes at Riviera will pay off as much as raw birdie numbers, and Hideki is 35th in strokes gained around the greens.

Experience counts at Riviera, and the average age of the last ten winners here has been 35 years old. Scott won at 40 last year, and that is good news for the 42-year old Streelman. Kevin has been playing well of late and is on the rise with consecutive top-25 finishes, including a T13 last week at a tricky Pebble Beach. His best stats for this week include the 11th best GIR rate and a putter that improves through the week, eventually topping out at 30th in final round putting average. He enters the week 58th in total putting and is among the Tour’s best in three-putt avoidance. A lot of greens and a mistake-free style of play is a good recipe here.

Picks to win based on predicted score for all four rounds. Check with MyBookie Sportsbook for single-round pairings and a variety of prop bets.

Bryson may no longer be bulking up, but he remains the driving distance leader at nearly 330 yards per drive. That power is an advantage, and big hitters like J.B. Homes and Bubba Watson have won while attacking Riviera, but I like Cantlay here as DeChambeau is making his first start since the TOC, and Patrick has been 2nd and 3rd in his last two starts. These two have played in each of the last three Genesis Invitationals and have split the head-to-head series 1-1-1, but Cantlay’s overall run has been slightly better with three top-17 finishes. DeChambeau is the best player on Tour in terms of off-the-tee and tee-to-green performance, but Cantlay is hitting more greens and notching a few more birdies per round with a little better scrambling rate between the two. I think those small edges pay off over the course of the week, and he gets a tight win.

Homa has been a nice run that culminated with a T7 at Pebble that included a 68-68 weekend while many were struggling to score. Max is getting a lot of love in fantasy circles, but he has a 1-2 record at Riviera against his opponent here, and Ortiz has three top-tens this year to Homa’s one. Ortiz hits more fairways and greens, which is going to be tough for Homa to counter at this course, and Carlos has been stronger on the greens as well. Their birdie rates and scoring averages run relatively close, so this could be a close match, but Ortiz is the better scrambler to give him the edges in just about every key predictor at a tough course.