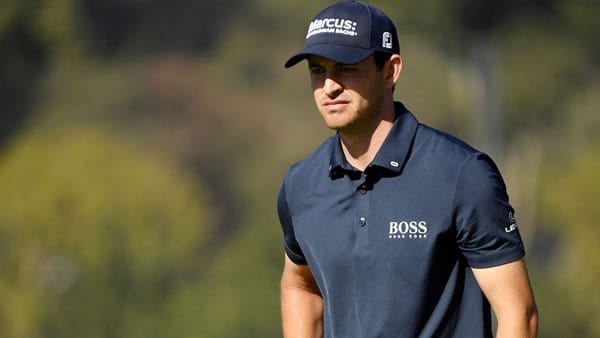 CoVid has rewritten the sports landscape in 2020, and while the PGA Tour has mostly returned to normal, we haven’t seen a Major Champion crowned this season. With the Masters and U.S. Open moved to the fall and the British Open’s cancellation, the PGA Championship will be the only Major to be contested ahead of the FedEx Playoffs. What usually is “Glory’s Last Shot” will be the only opportunity for a major moment this season, and an epic field has descended on TPC Harding Park in San Francisco. Brooks Koepka is looking for his third PGA Championship win in a row after successfully defending last year, and Tiger Woods is in search of his fifth Wanamaker Trophy. Brooks is a near-favorite at Bovada, getting 10 to 1 odds to win, and it is hard to argue with that billing considering his finishes in recent Majors. Since winning the 2017 U.S. Open, Koepka has added six top-5 finishes in Majors, including three more wins and has finished in the top-10 in 50% of the Majors he has entered as a professional. Justin Thomas, Bryson DeChambeau, Jon Rahm, and Rory McIlory round out the public betting favorites, but there is no shortage of contenders this week with 95 of the top-100 in the world teeing it up.

TPC Harding Park had been a fixture on the Tour during the 1960s but fell out of favor in the decades to follow. A renovation in the early 2000s brought the PGA back to Harding Park with the course most recently hosting the 2015 Match Play Championship. Since then, the 7,230 yard, par-70 layout has been prepping for this championship and stands ready to challenge players with a potentially fast setup. We saw how difficult things could get at the Memorial when the fairways and greens are really rolling, and Harding Park could prove devilish if speedy as the course generally requires players to be in control of their ball. There is a bit of everything here with some short holes featuring very difficult greens and some long holes offering risk/reward options as players navigate some serious doglegs. The back-nine winds around a lake and several spots on the course are exposed to tricky winds, so look for the players that can solve the whole riddle to gain an advantage.

Each week, we take a look at the online betting sites and highlight the best values on the board. We make a short, middle, and long odds pick to win and breakdown a couple of popular head-to-head matches that you can find at just about every golf betting outlet. Odds and pairings for this week can be found at Bovada, who offers new members a 50% sign up bonus up to $250 (and your credit card will work there for deposits!) Here are our picks to win the 2020 PGA Championship.

My Favorite Pick: Patrick Cantlay (25 to 1 odds to win)

At 28 years old, Cantlay should just be coming into his peak on Tour, and I think he gets a Major win within the next year or two. He has missed only one cut in his nine Major starts, going three-for-three at the PGA Championship and topping out at T3 last year at Bethpage. His reputation as one of the best ball strikers on Tour is legit, and he enters the week 7th in tee-to-green performance. He is 21st in greens hit, and 4th in strokes gained on approach, and that is highly valuable on a course that is as finicky as Harding Park looks to be. Cantlay is 57th in strokes gained on the green but improves to 9th in putting average on greens in regulation to power his birdie average and scoring average into the top-10. There will be much more attention paid to guys like Justin Thomas and the rest of that group at the top, but Cantlay is right there in terms of talent, in my opinion, and bringing twice as much value.

Berger was hot ahead of the Tour shut down and didn’t lose a step during the layoff, winning the first event of the break and notching a 67.6 stroke average since play resumed. He was 3rd at the RBC and T2 last week to lay some claim to the best short term run ahead of The PGA. Berger has made the cut in 11-of-16 career Major starts with two top-10s on his record with a T12 in 2018 as his best PGA finish. His stat profile is remarkably consistent with top-15 marks in tee-to-green performance and strokes gained putting while his birdie and scoring averages are both top-6. He is 4th on Tour in one-putt percentage and 2nd in scrambling to round out one of the most complete stat sheets in this field. He appears on the verge of breaking through in a big way, and as Majors go, the PGA Championship is the most friendly spot for potential first-time winners.

As longshots in Majors go, few have a better career record than Louis. Oosthuizen won the 2010 Open Championship and has the silver slam, finishing 2nd in all four Majors. He also has a runner-up at The Players Championship, further proving his relevance in big events. His last runner-up in a Major came at The PGA in 2017, and he has made seven-of-seven Major cuts since, with four top-20 finishes, including a T7 at The U.S. Open last season. I really liked the way he looked last week during a T6 at the St. Jude. He shot 68 or better all four days and putted beautifully over the weekend. Louis has never been an elite putter on Tour, but he tends to push for wins when he is putting well. Oosthuizen is 2nd in approach proximity and should be able to access the tougher pin locations at Harding Park, as well as avoid the trouble spots. His scoring average ranks far ahead of what his birdie average would suggest, so Louis is also not making mistakes and is getting the most out of his rounds. That is exactly what you want in a Major.

Picks to win based on predicted scores after all four rounds. Check with your favorite online betting site for single round pairings and a variety of prop bets.

Rahm’s time atop the OWGR list lasted just one week with Justin Thomas assuming that spot after his St. Jude win, but this match is still about as elite as it gets with Rahm at #2 with McIlory at #3. With just one top-25 finish since play resumed, McIlroy appears to be in a bit of a slump, but I like his experience factor in this pairing as Rory has made nearly as many starts at The PGA (11) as Rahm has total Majors (14) in his career. McIlory has six career top-10 finishes at The PGA, including two wins and two more third-place finishes, and he really should be able to notch another solid finish this week. The ball striking stats are nearly identical between these players, and Rahm owns a small putting advantage, but it is Rory that has the better scoring average. McIlroy gains that edge by being the better player around the greens, and those couple of key saves throughout the week are going to be the difference in this match. Rahm was remarkable at the Memorial, but that is his only finish of significance since play resumed, and he struggled to a T52 at Southwind last week. I think Rahm is one of the best players on Tour without a Major win, and he will shortly be off that list, but I still think Rory is simply made for these kinds of significant events. I have Rory just outside the top-10 with Rahm back in the 20-25 range for the week. That might prove only to be a two or three shot difference between these two but look for McIlroy to be the more steady player and Rahm to be a bit more mistake-prone.

Majors are often about experience, so it does feel odd to back Wolff in his first Major start, but he does have a 3-1 record against Casey since play resumed, suggesting that Casey may be a bit overvalued here. Casey has been a tremendously consistent player through his career but hasn’t been dominant in any Major with just twenty total top-25 finishes in 63 Major starts. He has made 11-of-17 cuts at The PGA with only one career top-10, so this event hasn’t been overly friendly to him either. Wolff is the longer driver of the two and has proven to be the better putter, ranking 75th in strokes gained with Casey outside the top-200, actually losing nearly a stroke a round to the field on the greens. Casey has the track record as the better ball striker, but his struggles with the putter bring this match right back to square. Wolff is scoring better in the short term and has moved ahead of Casey in total strokes gained on the season. Wolff has fared well in tough scoring environments, especially at the Memorial, and I think he is a fringe top-20 play with Casey back outside the top-30.