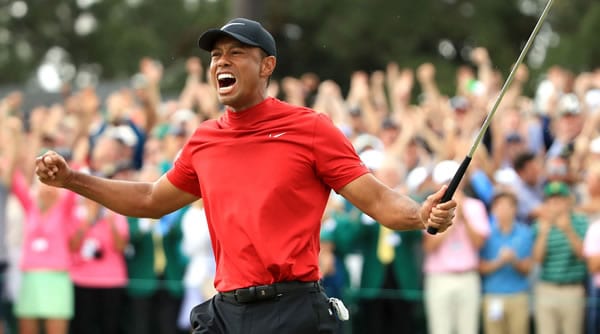 When PGA Tour play was halted this Spring, the fate of the U.S. Open was unclear as far as 2020 was concerned. As the picture of the fall and winter was settled, the 120th edition of the U.S. Open was added as part of the 2020-21 “superseason” that will see 50 Tour events contested over the next 52 weeks. The famous West course at Winged Foot will host its 6th Open and 12th USGA event overall as the Seniors, Women, and Amateurs have all named champions here. The 2006 U.S. Open was the most recent championship at Winged Foot and produced the drama that was Phil Mickelson faltering on the 72nd hole, allowing Geoff Ogilvy to take the title. Tiger Woods enters with three Open victories, and he looks to tie the all-time record of four wins held by Jack Nicklaus and Ben Hogan, among others.

The setup at each U.S. Open is part of the storyline leading up to the championship and certainly during play. Gary Woodland won last year at 13-under par, and Brooks Koepka won at 16-under in 2017. Koepka managed a 1-over par total in a successful defense in 2018, and Dustin Johnson was victorious in 2016 at 4-under, showing that scores have been quite mercurial, even over just the last four seasons. Winged Foot has the reputation of having brutally tough scoring conditions with two of the highest winning totals in championship golf history. The 1974 Open was won at 7-over par, and while that course may have been set up as an answer to Johnny Miller carding a 63 a year prior, the 2006 Open was won a 5-over with no ulterior motives in play.

Plenty of players have made side trips to Winged Foot over the last number of weeks, and the reports have been ominous in some cases. The roughs at the 7,470 yard, par-70 course are said to be nearly unplayable in places with some talk of six-inch depths in the most lush spots. The worst roughs are usually right off the fairways, but one thing to note is that there will be no “lucky” breaks this year by hitting way off line and winding up in a spot where fans have trampled down the grass. The last four U.S. Open winners have been elite in terms of driving distance, but length off the tee usually comes with some sacrifice in accuracy. If the roughs at Winged Foot are especially penal, it will limit the bombers’ ability to gain an advantage by being aggressive on every tee shot. Corey Pavin, Graeme McDowell, Jim Furyk, and Webb Simpson are all U.S. Open champs, so this tournament has favored the control players on many occasions, even as the modern long game came into popularity. The inward nine finishes with five straight long par-fours, including a 504-yarder and a 470-yarder at the last two. If that stretch demands accuracy, look for guys like Brendon Todd and Collin Morikawa to benefit. However, if players feel like they can still hit greens from the rough, the advantage swings back to the likes of Bryson DeChambeau and Tony Finau. I don’t know what the final total will be, but there will definitely be plenty of double bogeys to go around, and multiple rounds north of 80 should be anticipated.

Each week, we take a look at the sportsbooks and highlight the best values on the board. We make a short, middle, and long odds pick to win and break down a couple of popular head-to-head matches that you can find at any golf betting outlet. Odds to win and pairings for this week come courtesy of the board at Bovada, the best sportsbook for golf betting. Why? For starters, you receive a generous 50% bonus up to $250 in free bets. Second, you can bet tournaments live-in-play. Third, you get rebates on ALL your action, win, lose or draw. Lastly, the pay without hassles. Very classy organization! Click here to sign up and start enjoying a better way to bet!

With six top-10 finishes in just twelve career Major starts, it seems like it is just a matter of time that Xander earns the title of Major Champion. The U.S. Open looks to be his favorite with a T5-T6-T3 start to his Open career. Xander has not missed a cut since play resumed in June with one finish outside the top-25, and he topped out at T2 at the Tour Championship. His stat sheet is tailored to Open-style venues with top-10 marks in both off-the-tee and tee-to-green metrics as well as the 2nd best scrambling rate on Tour. He is also a top-10 player in birdies, scoring, and GIR percentage. The putter has been just outside that elite tier but is good enough to cash in on his birdie looks, and he has shown clutch ability on the greens. If you don’t like his chances to win, don’t be afraid to take Xander on a top-10 finish prop bet.

Dustin Johnson simply dominated the end of the Tour season, and that took some attention away from just how good Berger was from the point play resumed. He took down Collin Morikawa to win the Schwab just out of the break and posted a T2 at the St. Jude’s and a T3 at the Northern Trust. Berger was something like the 2nd or 3rd best player down the stretch, but eight players were listed ahead of him this week, making Berger a good value based on his recent trend if nothing else. Daniel has made the weekend in four of five U.S. Open starts with a T6 in 2018 as his best result. I think that the 2018 edition of the Open is a good indicator as no player finished below par that year, and we could see something like that at Winged Foot. Berger is 12th in total driving and 15th in tee-to-green to have the ball striking profile for U.S. Open success, and he enters the week fifth in birdies and sixth in scoring. He leads the Tour in scrambling, which should come in handy at any Major, and he has that grinder mentality that almost always pays off at U.S. Open venues.

Casey will be making his 65th Major start, so there is no shortage of experience in his bag, but there is still a lack of that Major win. Casey was T2 at the PGA Championship this year, his best Major finish of his career, and he has made the cut in six of his last seven U.S. Open starts. He is one of a handful of players that did play Winged Foot in 2006, and he fared well with a T15 finish. Casey did not make the Tour Championship despite a top-20 finish at the BMW, and I actually like that bit of time off as nearly every player has been keeping a hectic schedule with the shuffle to finish the season. Casey leads the Tour in total driving, essentially making him the best combination of power and accuracy off the tee this year, and he adds the 14th best GIR rate to make him one of the best overall ball strikers in this field. The putter hasn’t produced consistently, and that hurts Casey’s birdie numbers, but he isn’t in danger of falling behind this week as most Open environments reward pars above all else.

These two have been a featured pairing all summer and have traded winning punches along the way with plenty of close matches. In general, Finau has seen a few more quality results with three top-5 finishes since the break, while Reed has none over that span. Finau is 0-2 at U.S. Opens but has logged seven top-10 finishes in sixteen Major starts while Reed has just four top-10 finishes in twenty-five starts. The higher ceiling belongs to Finau, and I think his tee-to-green numbers are right in line with Reed’s, allowing Finau’s distance to become a deciding factor. Tony is considerably longer than his opponent, and being close while in the rough is certainly better than in the rough and further back. Reed is the better putter in the pairing but hits fewer greens, muting that advantage, and the scoring numbers were very close through the year, despite Reed doing more on the greens. The scrambling stats are close, as are the total strokes gained, so I’m leaning on Finau’s top-10 ability to come through. It is a close enough statistical match to allow the even money to swing this even if you think the two are a coin-flip.

I can count on one hand the number of times I have bet on Tiger over the last fifteen years. He was among the worst values in golf betting even during the height of his dominance, but he is actually a good value here, considering Scott does not have a strong U.S. Open record. In eighteen U.S. Open starts, Scott has missed eight cuts and has just six top-25 finishes, making this event his weakest Major from a statistical perspective. Woods has played in three more Opens than Scott but has more than twice the amount of top-25 finishes and seven top-5 finishes while Scott has none. Neither player made the Tour Championship, giving both some additional prep time at Winged Foot, and that is important considering neither played more than four events since play resumed in June. Woods is not the player he was but remains one of the best iron players in the game and is no worse than Scott this season in tee-to-green performance and is the slightly better driver in terms of fairways hit. Scott has been the better putter over the season, but Tiger still has that ability to putt with the best in big moments. I have no issue with Tiger being the underdog here, but I think he has shown enough consistency in making the cut in each of his seven starts to think he will see the weekend here, and that looms large with Scott missing the cut in two of his last three U.S. Opens.

Good luck and good golf and HEY! Don’t forget to check out my Week 2 NFL predictions!