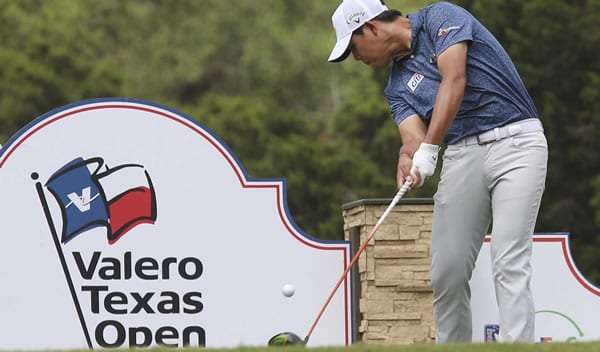 After a fun week of match play in Austin, the PGA Tour stays in the Lonestar State for this week’s Valero Texas Open. This event is one of the oldest on Tour with Hogan, Snead, and Palmer among the historic champions but one of the best Texas Open stories was written in 2019 when Corey Conners parlayed a Monday Qualifier berth into his first PGA win. This event was canceled in 2020, so Conners remains the defending champion, and he will look to make it two-in-a-row against a strong field that is headlined by Jordan Spieth and Tony Finau alongside Match Play runner-up Scottie Scheffler. This is the last chance for players to get into The Masters with Rickie Fowler, the most notable player needing a win to punch his ticket to Augusta.

The Oaks Course at TPC San Antonio is a Pete Dye design that received a remodel by Greg Norman and Sergio Garcia in recent years, and the result is simply one of the best public courses in the United States. The Austin Country Club was a course of extremes, but San Antonio is a much more subtle offer that hides its challenge in an openly straightforward design. The 7.500 yard, par-72 course features some tight, tree-lined fairways that require accurate drives, but even the wider fairways have preferred landing areas if players are looking for the correct angles into greens. The last three winners have ranked inside the top-3 in GIR, strokes gained on approach and par-3 scoring during the week, which further cements the opinion that TPC-SA is a ball-strikers course. Jimmy Walker won by four strokes in 2015, but every other edition has been decided by one or two strokes since 2010. The range of winning scores has ranged from 8-under to 20-under since the event moved to San Antonio, and winds can be a major factor.

Each week, we take a look at the online betting sites and highlight the best values on the board. We make a short, middle, and long odds pick to win and breakdown a couple of popular head-to-head matches that you can find at just about any golf betting outlet. Odds to win and pairings for this week were found at Bovada. Here are our picks to win the 2021 Valero Texas Open.

Matsuyama has something going in the state of Texas with a T2 at Houston this season, and he has the ball striking profile to fare well at TPC-SA. He is 20th in tee-to-green performance and 31st in strokes gained on approach shots. Matsuyama is running near Tour average in many putting categories but is better than average in GIR putting, and that helps him turn in the 25th most birdies on the year. Hideki is also solid around the greens, ranking 32nd in strokes gained, and there will be plenty of tricky up-and-down chances through the week. Matsuyama has the patient, veteran approach that is preferred here, and his iron play should help him out on the tougher par-3 holes. Conners proved that anyone can put it together here, but I’m steering toward experience this season.

Bradley has had some missed cuts in the early going but has found a groove with five straight made cuts heading into this week, and he is one of the best pure shot makers in this field. Keegan is 30th in fairways, 32nd in greens hit, and 8th in overall tee-to-green performance. Add in the 6th best strokes gained-approach stat, and it is going to be hard to find a better shot-for-shot player. Bradley isn’t the best scrambler but does rank inside the top-30 in sand saves and nets the 36th best scoring average despite a putting average that is near the bottom of regular Tour players. The good news for Keegan is that several players have been able to win here without turning in high-end putting performance. Bradley will certainly need a good week on the greens, but it doesn’t have to be great, especially with ball striking being the better predictor of overall success at San Antonio.

We are going very deep in the longshot pool this week, but NeSmith has had a couple of decent runs this season with top-10s at the Shriners and in Phoenix against fields that are of a similar strength to what we will see this week. He profiles very similarly to Keegan Bradley in that his ball-striking is the clear strength of his game, with NeSmith the 10th best approach player on Tour and ranks 23rd in overall tee-to-green performance. He is inside the top-45 in both fairways and greens to see plenty of birdie looks per round, but the putter has produced more pars that he would like. He is 41st in total birdies, but that total - and his birdies per round average - could be much better with even a modest improvement on the greens. I’m given him a chance to get on a good run and threaten the lead at a course he should fare well at and he has proven to be a streaky player with the 5th longest par-or-better streak of the 2021 season.

Picks to win based on the predicted score for all four rounds. Check with your favorite sportsbooks for single-round pairings and a variety of prop bets.

There are a lot of folks given Spieth full credit for being out of his prolonged slump, but he hasn’t broken all the way back through just yet. His overall results are improved from where they were in late 2018 through last season, but he has still struggled at times, and his round four scoring average is north of 71 even while his results suggest an improvement overall. TPC San Antonio demands solid drives, and Spieth is still 204th in fairways hit while Conners is 11th in that category. Spieth is still the stronger player on the greens, but Conners has the edge in birdies and scoring and is 12th in tee-to-green with Spieth back at 59th. Spieth should be considered a bit more dangerous next week as Augusta should be a more friendly venue for his mistakes but stay with Conners this week at the more demanding course.

Finau has been one of the most consistent players on Tour over the last few seasons and has a boatload of top-10 finishes, but he is just 5-4-1 against Scheffler in head-to-heads in 2021, and it would be Scheffler that is slightly ahead in the money column as he has been even money or better in many of those pairings. Both players were in this field in 2019, with Scottie getting the Finau in the distance department but is the more accurate driver of the two, and that is the more important stat this week. Scottie has a slight edge in greens hit and is the better scrambler as well. Finau has the goods to do well here, and I am expecting a close match but the even money for Scwin with a top-20 finish while Finau was way back at 61st. Scheffler has the power to stay with Finau tips the scales for me, especially after seeing how well Scottie handled a tough Austin Country Club challenge last week.