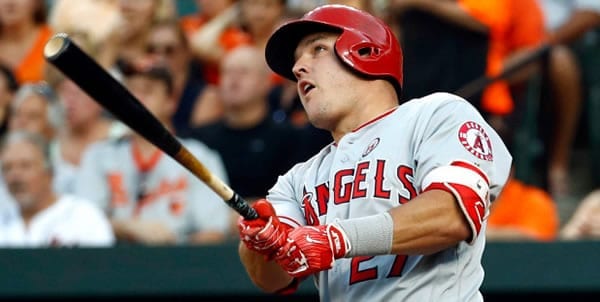 The Chicago White Sox host the Los Angeles Angels on Monday, May 2nd at Guaranteed Rate Field. The first pitch in this matchup is scheduled for 2:10 ET. The MLB Odds Board places Chicago as the favorite (-125), with an OU line set at 8.5.

The Angels head into today’s matchup after picking up a close win over the Chi Sox by the score of 6-5. Heading into this game, Los Angeles was the betting underdogs with a moneyline of -125.0. Through 19 games as the favorite, the team has won at a rate of 68.0%. On offense, Los Angeles’s lineup put together a total of 9 hits, while the pitching staff allowed 5 runs on 12 hits. Together, the Angels and Chi Sox combined to surpass the over-under betting line set at 8.5 runs. Even with this game going over the total, Los Angeles still has an over-under record of just 10-12-1.

The Angels are looking to continue adding wins, as they are 4-1 over their last 5 games. Over this stretch, the team has a positive run differential at 8. In their last 5 contests, Los Angeles is averaging 4.8 runs per game, right in line with their season average of 4.78. So far, Los Angeles has won over half of their 7 series played, going 5-2-0.

In their last game, the White Sox suffered a 1 run loss to the LA Angels by a score of 6-5. This loss came as no surprise, as Chicago came into the game as they were the underdog getting 105.0. So far, the team has gone into 16 games as the underdog, still finding the win column at a rate of 50.0%. For the game, Chicago’s staff gave up 6 runs, on 9 hits, while on offense, Chicago came up with 12 hits leading to 5 runs. In terms of the over-under, the White Sox and LA Angels combined to surpass the line of 8.5 runs. This outcome moves the team’s over-under record back to .500 at 10-10-1.

The White Sox come into today’s game looking to turn things around, as they are just 2-3 over their last 5 games. During this time, the team has an even run differential. Even with their recent struggles, the offense has been steady, averaging 3.8 runs per game, right in line with their season average of 3.29. Chicago has a below .500 series record of just 3-4-0.

For the Angels, Patrick Sandoval gets the start. So far, he has put together a record of 1-0. Currently, Sandoval has yet to give up a run while pitching an average of 5.0 innings per outing. So far, batters are hitting just 0.17 against him. Not only does Sandoval have a strong batting average allowed figure, but he has yet to give up a home run. On the season, Patrick Sandoval has had no problem racking up strikeouts, posting a strikeout percentage of 33.3% while averaging 12.0 K’s per 9 innings. Leading into the game, he has shown a strong command of his pitches, averaging just 2.0 walks per contest.

For the White Sox, Dylan Cease gets the start. So far, he has put together a record of 2-1. Leading up to the game, Cease has an ERA of 3.27, while averaging 5.5 innings per outing. Heading into the game, Cease has been able to limit base runners, with a batting averge allowed of just 0.198. In addition, teams are hitting home runs at a below-average at rate against him. So far, he has an HR/9 figure of just 0.41. A strength of Dylan Cease’s game, is his ability to generate swings and misses, striking out batters at a rate of 30.4%. Throughout the season, walks have been an issue, as he is giving up 2.5 free passes per outing.

So far, the Chicago White Sox and Los Angeles Angels have met up 3 times, with Los Angeles leading the season series, 2-1. Through 3 games, the series’ over-under record is 1-2, with the average run total sitting at 10.71 runs per game. In these matchups, the average scoring differential sits at 3.0 runs. Going back to last year, Los Angeles won the season series, 5 games to 2. In these 7 meetings, the two teams combined for an over-under record of 4-3. Last year, Chicago and LA averaged 10.71 runs per game. On average, the winning team won by a margin of 3.29 runs per contest.

In this matchup, look for the Angels to pick up the win, as Patrick Sandoval should be able to keep an inconsistent White Sox lineup in check. With the Angels getting +105, taking LA on the moneyline is good value.

Free Pick: LAA. Question: Did you know that you can bet on baseball games at reduced odds? Why pay more? Be smart and make the switch to BetAnySports! You’ll be so glad you did!