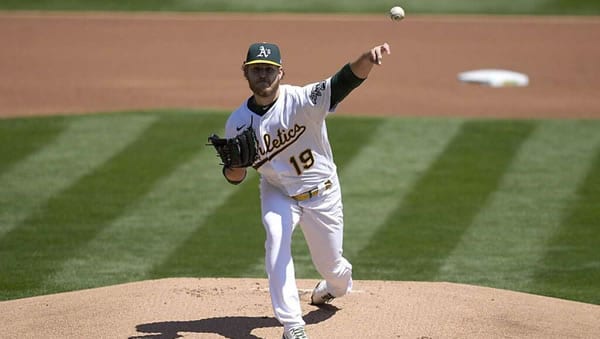 The Washington Nationals host the Oakland Athletics on Tuesday August 30th at Nationals Park. The first pitch in this matchup is scheduled for 07:05 ET. The MLB Odds Board places Washington as the favorite (-110), with an OU line set at 8.0.

In their most recent game, Oakland picked up a 3 run win over the NY Yankees (4-1). Overall, the team’s pitching staff limited the NY Yankees to 1 run on 4 hits. The Athletics benefited from an offense that generated 4 runs on 8 hits. Oakland picked up the win, despite getting 170.0 on the moneyline. Together, the Athletics and NY Yankees stayed below the over-under line set at 8.0 runs. With this result, Oakland’s over-under record dropped even further, moving to just 53-68-8.

The Nationals will look to add another win, as in their last game, they defeated the Reds by a score of 3-2. In the winning effort, the team’s pitchers held the Reds to two runs and five hits. The Nationals’ offense ended the game with just 3 runs on 6 hits. Despite being the underdogs, getting 100.0 on the moneyline, the Nationals still picked up the win. So far, the team has gone into 108 games as the underdog, still finding the win column at a rate of 33.0%. Combined, the Nationals and Reds’ run total fell below the over-under line of 8.5 runs. This result comes as no surprise, as the team’s over-under record is just 60-61-7.

Cole Irvin gets the start for the Athletics, with an overall record of 6-11. In his previous outings, Irvin has lasted an average of 6.18 innings, putting together an ERA of just 3.1. Across his previous appearances, the left-hander has a batting average allowed of 0.227. This season, Irvin has been able to avoid giving up home runs, allowing just 1.08 per 9 innings. On the season, Cole Irvin has had no problem racking up strikeouts, posting a strikeout percentage of 17.0%. This includes a per game average of 4.26 K’s per game. For the season, he has struggled with command averaging 1.64 walks per outing.

In today’s game, Washington turns to starter Erick Fedde. For the year, he has a record of 5-8. To date, Fedde has an ERA of 4.88 while lasting an average of 4.86 innings per appearance. Compared to other starters, the right-hander has a high BA allowed of 0.264. Opposing hitters are hitting home runs at an above-average rate against Fedde. This year, he is allowing 1.3 HR’s per 9 innings pitched. Overall, Erick Fedde has struckout 18.0% of the batters he has faced. On average, he averages 3.8 K’s per game. Fedde comes into the game hoping to improve his walk numbers, as he is averaging 4.42 free passes per outing.

Today’s matchup between the Oakland Athletics and Washington Nationals will be their first meeting of the season.

Heading into Tuesday’s matchup between Oakland and Washington, the odds suggest this game could go either way. Even though Erick Fedde doesn’t often work deep into games, he usually gives the Nationals a chance to win, as each of his last 3 outings have been tightly contested contests. Look for the Nationals to break through with a win over Oakland. I like Washington on the moneyline.