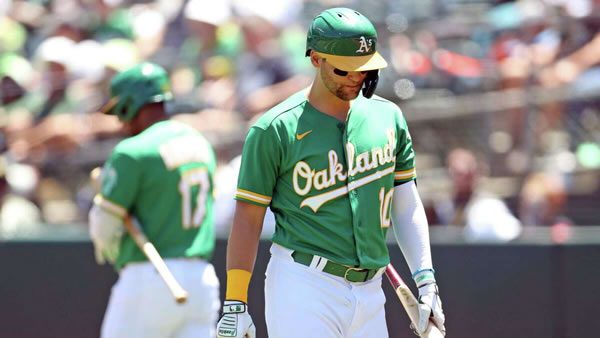 The Oakland Athletics host the Houston Astros on Monday, July 25th at T-Mobile Park. The first pitch in this matchup is scheduled for 09:40 ET. The MLB Odds Board places Houston as the favorite (-210), with an OU line set at 8.0.

In their most recent game, Houston picked up a 3 run win over the Mariners (8-5). For the game, Houston’s pitching staff allowed 5 runs on 9 hits. The Astros lineup had a good night at the plate, coming up with 12 hits, leading to 8 runs. In the matchup, Houston was favored at -110.0 on the moneyline. Through 80 games as the favorite, the team has found the win column at a rate of 70.0%. Together, the Astros and Mariners combined to surpass the over-under betting line set at 7.0 runs. On the season, Houston’s over-under record is 34-59-3.

Oakland will be looking to move on from a tough loss to the Rangers by the score of 11-8. In the game, the team’s pitching staff allowed a total of 16 hits, leading to 11 runs. Offensively, they finished with 8 runs on 12 hits. This loss came as no surprise, as Oakland came into the game as the underdog, getting 125.0. So far, the team has gone into 81 games as the underdog, still finding the win column at a rate of 35.0%. In terms of the over-under, the Athletics and Rangers combined to surpass the line of 7.0 runs. On the season, the team has an over-under record of just 39-52-7.

Adam Oller gets the start for the Athletics, with an overall record of 0-3. Oller gets the start with an ERA of 8.56. On average, he has lasted 2.71 innings per appearance. Compared to other starters, the right-hander has a high BA allowed of 0.31. Home runs have been an issue for Oller, as he is allowing an average of 2.66 per 9 innings pitched. In terms of strikeouts, Oller is averaging just 1.8 K’s per game. So far, he has struck out 13.0% of the batters he has faced. Oller comes into the game hoping to improve his walk numbers, as he is averaging 6.26 free passes per outing.

For the season, the Houston Astros and Oakland Athletics will be playing their 10th game of the season. Houston has the lead in the series at 6-3. Through 9 games, the series’ over-under record is 2-7, with the average run total sitting at 10.21 runs per game. In these matchups, the average scoring differential sits at 3.11 runs. Going back to last year, Houston won the season series, 11 games to 8. In these 19 meetings, the two teams combined for an over-under record of 13-6. Last year, the Astros and Athletics averaged 10.21 runs per game. The average scoring differential in this series was 4.11 runs per game.

Heading into Monday’s American League showdown between Houston and Oakland, the Astros are the favorite to pick up the win. Even though the Athletics have been playing well of late, I see the gap in starting pitching to be too much to overcome. In his last outing vs Houston, Adam Oller gave up 3 runs over 4 1/3 innings, including 2 home runs. I like the Astros on the moneyline.

Free MLB Pick: Houston Astros Moneyline. Bet your Astros vs. A’s pick and ALL your MLB wagers for FREE this week by taking advantage of a 50% real cash bonus up to $250 at a sportsbook where your credit card WILL work for deposits, where you’ll receive a 50% real cash bonus, rebates on ALL your bets; win, lose or draw and where you’ll find the BEST live betting platform on the web! –> Bovada Sportsbook!