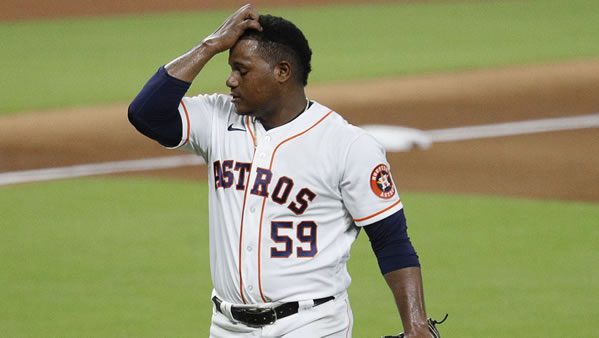 The Houston Astros host the Seattle Mariners on Thursday, October 13th at Minute Maid Park. The first pitch in this matchup is scheduled for 03:37 ET. The MLB Odds Board places Houston as the favorite (-145), with an OU line set at 7.0.

The Mariners come into this game with a 4-1 record over their last 5 contests. During this time, they have an average scoring differential of +8. A key to their recent success has been an offense averaging 7.0 runs per game, compared to their season average of 4.31. So far, Seattle has won over half of their 53 series played, going 28-21-4.

The Astros will look to add another win, as in their last game, they defeated the Mariners by a score of 8-7. Houston’s pitching staff gave up 13 hits, leading to 7 Mariners runs. At the plate, the Astros scored 8 times on 11 hits. In the game, Houston was able to take care of business as they were the favorite at -250.0. For the season, the team has been favored in 142 games, winning at a rate of 68.0%. In terms of the over-under, the Astros and Mariners combined to surpass the line of 6.5 runs. So far, Houston has an over-under record of just 61-93-9.

Across their last 5 contests, the Astros are above .500, going 4-1. During this time, the team’s run differential sits at +11. Houston has benefited from strong pitching, as their offense has slipped in their last 5 games, averaging just 4.8 runs per game. Their overall average sits at 4.57. On the season, Houston has won more than half of their series, going 35-13-6.

The Seattle Mariners will send Luis Castillo to the mound with an overall record of 4-4. Currently, Castillo has an ERA of just 2.86 while pitching an average of 6.07 innings per outing. So far, batters are hitting just .201 against him. Not only does Castillo have a strong batting average allowed, but he has also avoided giving up home runs. In his previous outings, opponents are averaging just 0.74 HR/9. In terms of strikeouts, Luis Castillo has a strong strikeout percentage of 26.0%, including a per-game average of 6.43. For the season, he has struggled with command averaging 2.96 walks per outing.

Houston will roll with Framber Valdez (17-6) as their starter. Currently, Valdez has a strong ERA of just 2.77 while pitching an average of 6.49 innings per outing. Hits have been hard to come by against the right-hander, as his batting average allowed is just .220. Home runs have not been an issue for Valdez, as he is giving up just 0.49 per 9. In terms of strikeouts, Framber Valdez has a strong K% of 23.0%, including a per-game average of 6.26. For the season, he has struggled with command averaging 3.0 walks per outing.

Today’s matchup between the Seattle Mariners and Houston Astros will be their 21st meeting of the season. Currently, Houston is winning the season series 13-7. The over-under record in this series sits at 9-11. The average run total in these games is 9.37 runs per game. In these matchups, the average scoring differential sits at 3.75 runs.

It’s a tall task to hit off Luis Castillo when you’ve never faced him before, and that’ll be the case Thursday afternoon in Houston as he only has 6 career innings vs. Houston and hasn’t faced them since 2019. Framber Valdez pitched well this season, however, he was worse at home and the Mariners have had success against him. I’m bucking the odds and betting the +140 underdog Seattle Mariners to come roaring back and win Game 2!

Free MLB Pick: Mariners Moneyline. Bet your MLB picks for FREE this week by scoring a 100% real cash bonus up to $300 when you use promo code PREDICT100 at MyBookie Sportsbook!