Bet the Runline: Braves vs. Nationals 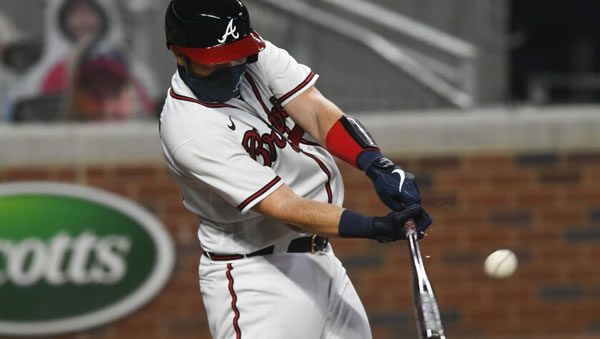 The Washington Nationals host the Atlanta Braves on Monday, September 26th at Nationals Park. The first pitch in this matchup is scheduled for 07:05 ET. The MLB Odds Board places Atlanta as the favorite (-275), with an OU line set at OFF.

The Atlanta Braves head into today’s matchup after picking up a close win over Philadelphia by the score of 8-7. Philadelphia came up with 10 hits leading to 7 runs against Atlanta’s pitchers. The Braves benefited from an offense that generated 8 runs on 11 hits. In the matchup, Atlanta was favored at -140.0 on the moneyline. So far, the team has been the favorite in 130 of their games, winning at a rate of 69.0%. This game went over the posted over-under line of 8.5 runs. Atlanta has had more than half of their games go over the over-under line (76-69-8).

In their last 5 games, the Braves are below .500, at 2-3. This mark has come on an average run margin of just -6. A key reason for Atlanta’s recent struggles is an offense averaging just 3.4 runs per game over their last 5 contests, compared to a season average of 4.88. So far, Atlanta has won over half of their 48 series played, going 26-15-7.

In their last game, the Washington Nationals picked up a 5 run win over the Marlins by a score of 6-1. For the game, the pitching staff held the Marlins to 1 run on 6 hits. Offensively, they finished with 6 runs on 13 hits. Despite being the underdogs, getting 144.0 on the moneyline, the Nationals still picked up the win. In their 129 games as the underdog, their straight-up win percentage sits at 34.0%. With this result, the Nationals and Marlins combined to fall below the over-under line of 7.5 runs. Now, Washington had an over-under record of 69-74-9.

In their last 5 contests, the Nationals have just 2 wins, going 2-3. This recent slump is backed by a scoring margin of -1 over their last 5 games. Even with their recent struggles, the offense has been steady, averaging 2.8 runs per game. This is right in line with their season average of 3.80. Washington has a below .500 series record of just 11-32-5.

The Atlanta Braves will send Bryce Elder to the mound with an overall record of 1-3. To date, Elder has an ERA of 3.38 while lasting an average of 5.0 innings per appearance. Through 8 outings, opposing teams have combined for a batting average of 0.219. Not only does Elder have a strong batting average allowed, but he has also avoided giving up home runs. In his previous outings, opponents are averaging just 0.67 HR/9 Elder has had trouble generating strikeouts, averaging just 4.5 K’s per game on a K rate of 21.0%. For the season, he has struggled with command averaging 4.72 walks per outing.

The Washington Nationals will send Cory Abbott to the mound with an overall record of 0-3. So far, Abbott has put together an ERA of 4.85. In his appearances leading up to today, he has lasted an average of 2.79 innings. Abbott comes into the game with a batting average allowed of 0.24. Opposing hitters are hitting home runs at an above-average rate against Abbott. This year, he is allowing 2.08 HR’s per 9 innings pitched. In terms of strikeouts, Abbott is averaging just 2.29 K’s per game. So far, he has struck out 19.0% of the batters he has faced. Leading into the game, he has shown a strong command of his pitches, averaging just 4.15 walks per contest.

For the season, the Atlanta Braves and Washington Nationals will be playing their 17th game of the season. So far, Atlanta is leading the season series, 12-4. Through 16 games, the series over-under record is 9-7, with the average run total sitting at 9.16 runs per game. The averge scoring margin in these meetings is 4.25 runs. Going back to last year, Atlanta won the season series, 14 games to 5. In these 19 meetings, the two teams combined for an over-under record of 9-10. Last year, the Braves and Nationals averaged 9.16 runs per game. The average scoring differential in this series was 2.63 runs per game.

Heading into Monday’s NL East showdown between Atlanta and Washington, the Braves are the favorite to come away with the win. Look for Bryce Elder to continue his strong stretch of pitching, as he most recently pitched well vs these same Nationals last week. I like the Braves to cover the runline.

Free MLB Pick: Braves Runline. Bet your MLB picks for FREE this whole week by taking advantage of a 100% REAL CASH bonus on your first deposit up to $500 when you use bonus code PREDICTEM on the special offers page at Evergame Sportsbook after making your deposit! EG is the world’s oldest and most trusted online sportsbook!