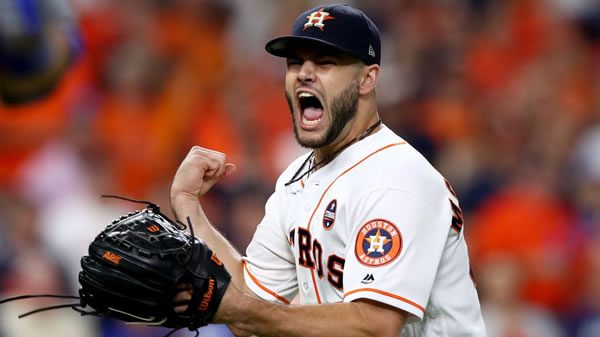 The New York Yankees host the Houston Astros on Sunday, October 23rd at Yankee Stadium. The first pitch in this matchup is scheduled for 07:07 ET. The MLB Odds Board places New York as the favorite (-135), with an OU line set at 6.5.

The Houston Astros will look to pick up another big win after they defeated the NY Yankees by a score of 5-0. Overall, the team’s pitching staff limited the NY Yankees to 0 runs on 3 hits. The Astros benefited from an offense that generated 5 runs on 6 hits. This victory came despite being the betting underdog, getting 126.0 on the moneyline. Combined, the Astros and NY Yankees fell short of the over-under betting line of 6.5 runs. With this result, Houston’s over-under record dropped even further, moving to just 61-98-9.

The Astros come into this game having won all 5 of their recent games. Over this stretch, the team has a positive run differential at +11. Houston has put together this record, despite averaging just 3.4 runs per game, compared to their season average of 4.54. So far, Houston has won over half of their 55 series played, going 36-13-6.

New York will be looking to move on from a tough loss to the Astros by the score of 5-0. New York’s pitching staff gave up 6 hits, leading to 5 runs for the Astros. With their 3 hits, the Yankees could only plate 0 runners. New York came away with a loss, despite being favored on the moneyline (-150.0). So far, the team has won 63.0% of the games in which they were favored. With this result, the Yankees and Astros combined to fall below the over-under line of 6.5 runs. This result comes as no surprise, as the team’s over-under record is just 78-87-5.

Houston will roll with Lance McCullers Jr. (4-2) as their starter. Currently, Jr. has an ERA of just 2.27 while pitching an average of 5.9 innings per outing. Hits have been hard to come by against the right-hander, as his batting average allowed is just .214. In addition, to his strong BA allowed, he has been able to limit power, allowing just 0.76 home runs allowed per 9 innings. Overall, he is averaging 6.25 per game, on a K rate of 26.0%. For the season, he has struggled with command averaging 4.15 walks per outing.

New York will roll with Nestor Cortes (12-4) as their starter. In his previous outings, Cortes has lasted an average of 5.65 innings, putting together an ERA of just 2.44. Overall, opponents have a batting average of just .189 against the right-hander. Cortes is giving up home runs a rate similar to the league average, allowing 0.91 per 9 innings. Per game, Nestor Cortes is averaging 5.82, on a strikeout percentage of 27.0%. For the season, he is averaging 2.16 walks per outing.

For the season, the Houston Astros and New York Yankees will be playing their 11th game of the season. Houston has the lead in the series at 8-2. Through 10 games, the series over-under record is 2-7, with the average run total sitting at 8.33 runs per game. In these matchups, the average scoring differential sits at 2.1 runs.

I think both pitchers throw well, and runs will be at a premium. I’m betting the UNDER.