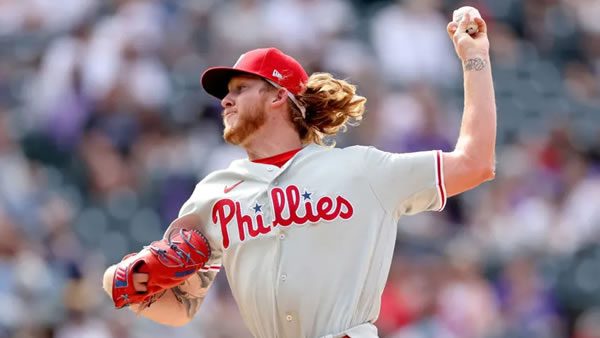 The Philadelphia Phillies host the Atlanta Braves on Saturday September 24th at Citizens Bank Park. The first pitch in this matchup is scheduled for 04:05 ET. The MLB Odds Board places Philadelphia as the favorite, with an OU line set at 8.

The Braves are hoping to get back on track after falling to the Philadelphia, by a score of 9-1. Atlanta’s pitching staff finished the game by allowing 10 hits, leading to 9 runs. With their 6 hits, the Braves could only muster 1 runs. Atlanta’s loss came as the underdog, getting 144.0 on the moneyline. This game went over the posted over-under line of 7.0 runs. This result is part of a larger trend, as Atlanta has had the over has hit in more than half of their games (74-69-8).

Over the Braves’ last 5 contests, they have a record of just 2-3. In this rough stretch of games, the team’s run differential comes in at -6. On offense, Atlanta’s offense has experienced a dip in production, averaging 2.2 runs per game over their last 5 contests. So far, Atlanta has won over half of their 48 series played, going 26-16-6.

In their last game, the Philadelphia Phillies picked up a 8 run win over the Braves by a score of 9-1. In the win, the pitching staff allowed just 1 run on 6 hits. Offensively, they finished with 9 runs on 10 hits. In the game, Philadelphia was able to take care of business as they were the favorite at -175.0. For the season, the team has been favored in 102 games, winning at a rate of 60.0%. The Phillies and Braves went over the run total line set at 7.0 runs. For the season, the team’s over-under record is 76-69-5.

<p>Atlanta will roll with Kyle Wright (19-5) as their starter. Currently, Wright has an ERA of just 3.18 while pitching an average of 6.07 innings per outing. Across his previous appearances, the right-hander has a batting average allowed of 0.233. This season, Wright has been able to avoid giving up home runs, allowing just 0.95 per 9 innings. In terms of strikeouts, Kyle Wright has a strong strikeout percentage of 24.0%, including a per game average of 5.89. Command has been a problem for Wright, as he is giving up 2.65 walks per outing.</p>

<p>The Philadelphia Phillies will send Bailey Falter to the mound with an overall record of 5-3. Falter gets the start with an ERA of 3.68. On average, he has lasted 4.3 innings per appearance. Teams have been able to rack up runs against him, as he has a batting average allowed of 0.25. Opposing hitters are hitting home runs at an above-average rate against Falter. This year, he is allowing 1.72 HR’s per 9 innings pitched. On the season, Bailey Falter has had no problem racking up strikeouts, posting a strikeout percentage of 20.0%. This has led to an average of 3.65 K’s per game. Falter has done a good job at limiting walks, averaging just 1.84 per contest.</p>

<h2> Atlanta vs Philadelphia History</h2>
<p>For the season, the Atlanta Braves and Philadelphia Phillies will be playing their 18th game of the season. So far, Atlanta is leading the season series, 9-8. The over-under record in this series sits at 10-6. The average run total in these games is 8.37 runs per game. In these matchups, the average scoring differential sits at 4.06 runs. Last season, Atlanta picked up the series win, 10 games to 9. In these 19 meetings, the two teams combined for an over-under record of 9-10. Last year, the Braves and Phillies averaged 8.37 runs per game. The average scoring differential in this series was 3.53 runs per game.</p>

<h2> Atlanta Braves at Philadelphia Phillies Prediction</h2>
<p>Leading into Saturday’s NL East showdown between Atlanta and Philadelphia, the Braves have a slight edge on the moneyline. Look for Kyle Wright to help lead Atlanta to a win over their divisional rival, as they have won 7 straight starts with Wright on the mound.</p>
<b>Free MLB Pick:</b> Atlanta Moneyline