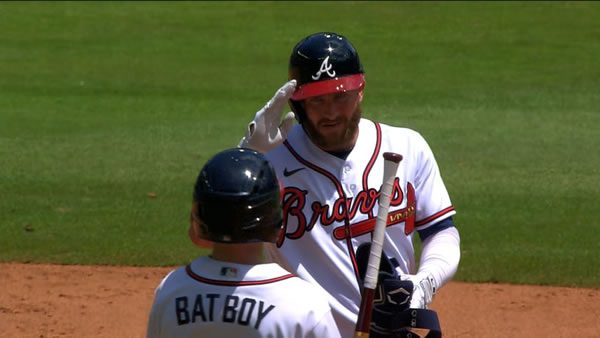 The Pittsburgh Pirates host the Atlanta Braves on Monday August 22nd at PNC Park. The first pitch in this matchup is scheduled for 07:05 ET. The MLB Odds Board places Atlanta as the favorite (-200), with an OU line set at 8.5.

In their last game, the Braves suffered a 1 run loss to Houston by a score of 5-4. Atlanta’s pitching staff finished the game by allowing 10 hits, leading to 5 runs. With their 7 hits, the Braves could only muster 4 runs. This defeat came despite being favored at -157.0. Through 102 games as the favorite, the team has found the win column at a rate of 69.0%. Together, the Braves and Houston combined to surpass the over-under betting line set at 8.5 runs. This result is part of a larger trend, as Atlanta has had the over has hit in more than half of their games (62-53-8).

The Braves are looking to continue adding wins, as they are 3-2 over their last 5 games. During this time, they have an average scoring differential of +3. Overall, Atlanta is averaging 4.88 runs per game. Over their last 5 contests, they have been producing at a similar rate, at 4.88. So far, Atlanta has won over half of their 38 series played, going 20-12-6.

Pittsburgh is coming off a 4 run loss to the Reds. Dropping the game 9-5. On their way to giving up 9 runs, the Pirates staff allowed 13 hits. At the plate, the Pirates scored 5 times on 10 hits. Pittsburgh came away with a loss, despite being favored on the moneyline (-120.0). For the season, the team has been favored in 21 games, winning at a rate of 56.9%. The Pirates and Reds went over the run total line set at 8.5 runs. On the season, the team has an over-under record of just 55-57-9.

The Pirates come into today’s game looking to turn things around, as they are just 2-3 over their last 5 games. This recent slump is backed by a scoring margin of -11 over their last 5 games. Even with their recent struggles, the offense has been steady, averaging 4.4 runs per game. This is right in line with their season average of 3.64. Pittsburgh has a below .500 series record of just 9-23-7.

Jake Odorizzi gets the start for the Braves, with an overall record of 4-3. To date, Odorizzi has an ERA of 3.75 while lasting an average of 5.0 innings per appearance. So far, Odorizzi has a batting average allowed of 0.230. Odorizzi has managed to keep the ball in the ballpark, allowing just 0.75 home runs per 9 innings. This season, he has struckout 19.0 of the batters he has faced. This has led to a per game average of 3.83. Leading into the game, he has shown a strong command of his pitches, averaging just 2.55 walks per contest.

In today’s game, Pittsburgh turns to starter Roansy Contreras. For the year, he has a record of 3-3. Contreras gets the start with an ERA of 4.02. On average, he has lasted 4.31 innings per appearance. Compared to other starters, the right-hander has a high BA allowed of 0.245. Home runs have been an issue for Contreras, as he is allowing an average of 1.45 per 9 innings pitched. Contreras’s current strikeout average is 4.08 per game. This includes a K rate of 22.0%. For the season, he has struggled with command averaging 4.18 walks per outing.

Today’s matchup between the Atlanta Braves and Pittsburgh Pirates will be their 5th meeting of the season. So far, Atlanta is leading the season series, 4-0. The over-under record in this series sits at 1-3. The average run total in these games is 11.14 runs per game. In these matchups, the average scoring differential sits at 3.0 runs. Last season, Atlanta picked up the series win, 4 games to 3. In these 7 meetings, the two teams combined for an over-under record of 4-2. Last year, the Braves and Pirates averaged 11.14 runs per game. On average, the winning team won by a margin of 7.71 runs per contest.

Heading into Monday’s National League matchup between Pittsburgh and Atlanta, the Braves are the heavy favorite on the moneyline. Aside from a few tough outings, Roansy Contreras has been good for the Pirates. However, he is facing an Atlanta lineup that can make any pitcher look bad. I recommend taking the Braves to cover the runline.