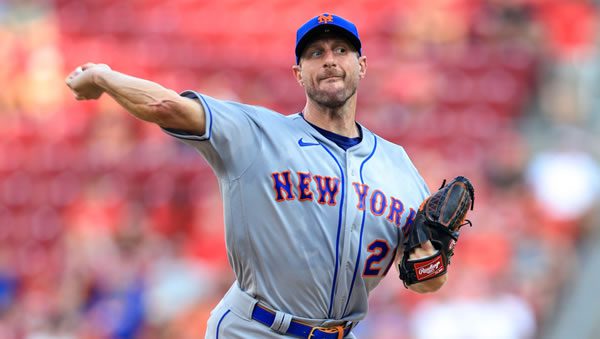 The New York Yankees host the New York Mets on Monday August 22nd at Yankee Stadium. The first pitch in this matchup is scheduled for 07:05 ET. The MLB Odds Board places New York as the favorite (-170), with an OU line set at 7.0.

The New York Mets head into today’s matchup after picking up a close win over Philadelphia by the score of 10-9. For the game, New York’s pitching staff allowed 9 runs on 14 hits. The Mets benefited from an offense that generated 10 runs on 16 hits. New York picked up the win, despite getting 105.0 on the moneyline. With the over-under line set at 9.5 runs, the Mets and Philadelphia combined to go over this total. So far, New York has an above .500 over-under record of 62-52-9.

The Mets are looking to continue adding wins, as they are 3-2 over their last 5 games. During this time, they have an average scoring differential of +8. A key to their recent success has been an offense averaging 5.6 runs per game, compared to their season average of 4.80. So far, New York has won over half of their 38 series played, going 28-7-3.

In their last game, New York took down the Blue Jays by a score of 4-2. For the game, the pitching staff held the Blue Jays to 2 runs on 5 hits. The Yankees offense ended the game with just 4 runs on 6 hits. Heading into action, New York was the favorite at -120.0. For the season, the team has been favored in 113 games, winning at a rate of 62.0%. Combined, the Yankees and Blue Jays run total fell below the over-under line of 7.5 runs. This result comes as no surprise, as the team’s over-under record is just 58-60-4.

In their last 5 contests, the Yankees have just 2 wins, going 2-3. During this time, the team has a run differential of -11. If New York is going to pick up their play, they need to improve their offensive performance. Over their last 5 contests, they are averaging just 3.2 runs per game, compared to a season average of 5.02. On the season, New York has won more than half of their series, going 23-12-5.

Max Scherzer gets the start for the Mets, with an overall record of 9-2. In his previous outings, Scherzer has lasted an average of 6.41 innings, putting together an ERA of just 2.15. So far, batters are hitting just 0.206 against him. Home runs have not been an issue for Scherzer, as he is giving up just 0.66 HR/9. Per game, Max Scherzer is averaging 7.88, on a strikeout percentage of 31.0%. For the season, he has struggled with command averaging 1.65 walks per outing.

The New York Yankees will send Domingo German to the mound with an overall record of 1-2. So far, German has put together an ERA of 4.45. In his appearances leading up to today, he has lasted an average of 4.68 innings. Teams have been able to rack up runs against him, as he has a batting average allowed of 0.274. Opposing batters have been able to drive the ball with power against German, averaging 1.28 home runs per 9 innings pitched. German is in the bottom half of the league in strikeouts, averaging just 3.83 K’s per game. This includes a strikeout percentage of 19.0%. German has done a good job at limiting walks, averaging just 2.86 per contest.

Today’s matchup between the New York Mets and New York Yankees will be their 3rd meeting of the season. New York has the lead in the series at 2-0. Through 2 games, the series’ over-under record is 1-1, with the average run total sitting at 12.17 runs per game. The average scoring margin in these meetings is 2.0 runs. Going back to last year, New York won the season series, 4 games to 2. The over-under record in last year’s matchups was 5-1, with the average run total being 12.17 runs per game. The average scoring differential in this series was 3.5 runs per game.

More Picks: Get our Cards/Cubs betting prediction for their 8/2/22/ game.

The Subway series between the Mets and Yankees kicks off with a pitching matchup between Max Scherzer and Domingo German. The Mets come into the game as the betting favorite. Even though the Yankees picked up a win yesterday over Toronto, they are still a shell of their former selves at the plate. Look for this to continue against Max Scherzer. I like the Mets on the moneyline.