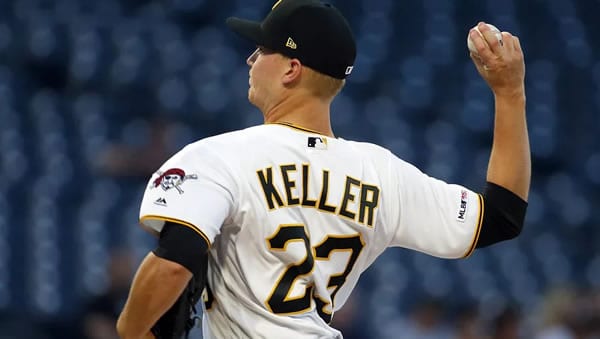 The Pittsburgh Pirates host the Atlanta Braves on Wednesday August 24th at PNC Park. The first pitch in this matchup is scheduled for 12:35 ET. The MLB Odds Board places Atlanta as the favorite (-240), with an OU line set at 8.5.

The Atlanta Braves will look to pick up another big win after they defeated Pittsburgh by a score of 6-1. On their way to the victory, the pitching staff gave up 1 run on 3 hits. The Braves lineup had a good night at the plate, coming up with 10 hits, leading to 6 runs. In the matchup, Atlanta was favored at -275.0 on the moneyline. Through 104 games as the favorite, the team has found the win column at a rate of 69.0%. Combined, the Braves and Pittsburgh fell short of the over-under betting line of 7.5 runs. Atlanta games have still surpassed the over-under line more than half of the time, at 62-55-8.

The Braves are looking to continue adding wins, as they are 4-1 over their last 5 games. During this time, they have an average scoring differential of +10. Overall, Atlanta is averaging 4.86 runs per game. Over their last 5 contests, they have been producing at a similar rate, at 4.86. So far, Atlanta has won over half of their 39 series played, going 21-12-6.

Pittsburgh will look to move on from a 5 run loss to the Braves, falling by the score of 6-1. In the game, the team’s pitching staff allowed a total of 10 hits, leading to 6 runs. The Pirates’ offense ended the game with just 1 run on 3 hits. Leading into Pittsburgh’s loss they were the underdogs, getting 225.0 on the moneyline. In their 102 games as the underdog, their straight-up win percentage sits at 34.0%. Combined, the Pirates and Braves’ run total fell below the over-under line of 7.5 runs. This result comes as no surprise, as the team’s over-under record is just 55-59-9.

In their last 5 contests, the Pirates have just 1 win, going 1-4. During this time, the team has a run differential of -18. Even with their recent struggles, the offense has been steady, averaging 2.6 runs per game. This is right in line with their season average of 3.59. Pittsburgh has a below .500 series record of just 9-24-7.

Pittsburgh will roll with Mitch Keller (4-9) as their starter. To date, Keller has an ERA of 4.49 while lasting an average of 4.96 innings per appearance. Compared to other starters, the right-hander has a high BA allowed of 0.279. Throughout the season, Keller has done a good job at limiting home runs, allowing 0.79 per 9 innings. Per game, Mitch Keller is averaging 4.0, on a strikeout percentage of 18.0%. For the season, he has struggled with command averaging 3.31 walks per outing.

Today’s matchup between the Atlanta Braves and Pittsburgh Pirates will be their 7th meeting of the season. So far, Atlanta is leading the season series, 6-0. Through 6 games, the series over-under record is 1-5, with the average run total sitting at 11.14 runs per game. The averge scoring margin in these meetings is 3.0 runs. Going back to last year, Atlanta won the season series, 4 games to 3. In these 7 meetings, the two teams combined for an over-under record of 4-2. Last year, the Braves and Pirates averaged 11.14 runs per game. The average scoring differential in this series was 7.71 runs per game.

More Picks: Get our Texas at Colorado Predicted ML Winner 8/24/22

Heading into Wednesday’s National League matchup between Atlanta and Pittsburgh, the Braves are the heavy favorite on the moneyline. With Kyle Wright on the mound, there is no reason to think Atlanta won’t roll in this game. Wright has been extremely consistent for the Braves all season, nearly always giving them 6 to 7 innings of quality pitching. I recommend Atlanta on the runline.

Free MLB Pick: Braves Runline. Bet your Braves vs. Pirates pick and ALL your MLB wagers for FREE this week by taking advantage of a 125% real cash bonus up to $400 in free bets when you use bonus promo code PREDICTEM at GTBets Sportsbook!