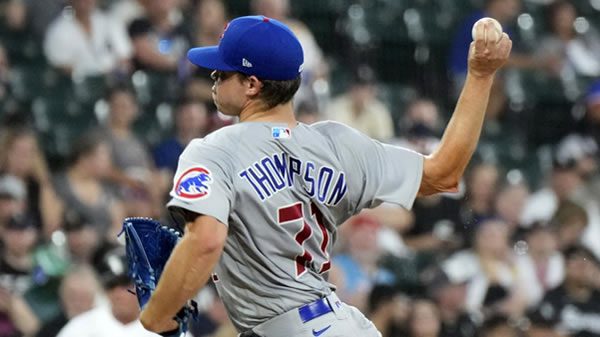 The Chicago Cubs host the Milwaukee Brewers on Friday August 19th at Wrigley Field. The first pitch in this matchup is scheduled for 02:20 ET. The MLB Odds Board places Milwaukee as the favorite (-138), with an OU line set at 9.0.

Heading into today’s game, Milwaukee will be looking to tack on another win after taking down the Dodgers by the score of 5-3. Overall, the team’s pitching staff limited the Dodgers to 3 runs on 6 hits. The Brewers benefited from an offense that generated 5 runs on 6 hits. Heading into their last game, Milwaukee was the betting favorite at -115.0. So far, the team has been the favorite in 96 of their games, winning at a rate of 57.9%. This game went over the posted over-under line of 7.0 runs. Milwaukee has had more than half of their games go over the over-under line (58-52-7).

In their last 5 games, the Brewers are below .500, at 2-3. In this rough stretch of games, the team’s run differential comes in at -5. A key reason for Milwaukee’s recent struggles is an offense averaging just 2.8 runs per game over their last 5 contests, compared to a season average of 4.50. So far, Milwaukee has won over half of their 38 series played, going 17-14-7.

The Cubs will look to add another win, as in their last game, they defeated the Orioles by a score of 3-2. In the win, the pitching staff allowed just 2 runs on 6 hits. The Cubs’ offense ended the game with just 3 runs on 8 hits. This was a good win for the Cubs, as they were underdogs at 140.0 on the moneyline. So far, the team has gone into 75 games as the underdog, still finding the win column at a rate of 40.0%. With this result, the Cubs and Orioles combined to fall below the over-under line of 9.0 runs. Now, Chicago had an over-under record of 51-59-7.

Across their last 5 contests, the Cubs are above .500, going 3-2. They have managed to pick up these wins despite having a negative run differential over their last 5 games (0). Chicago is still playing winning baseball, even with their offense averaging just 4.4 runs per game, compared to a season long mark of 4.16. Chicago has a below .500 series record of just 16-17-5.

Milwaukee will roll with Aaron Ashby (2-10) as their starter. To date, Ashby has an ERA of 4.24 while lasting an average of 4.14 innings per appearance. Ashby comes into the game with a batting average allowed of 0.242. Home runs have been an issue for Ashby, as he is allowing an average of 1.28 per 9 innings pitched. In terms of strikeouts, Aaron Ashby has a strong strikeout percentage of 27.0%, including a per game average of 4.91. For the season, he has struggled with command averaging 4.24 walks per outing.

The Chicago Cubs will send Keegan Thompson to the mound with an overall record of 9-5. To date, Thompson has an ERA of 3.75 while lasting an average of 4.17 innings per appearance. Opposing teams have hit the ball well against the right-hander, with a batting average of 0.251. Throughout the season, Thompson has done a good job at limiting home runs, allowing 1.08 per 9 innings. In terms of strikeouts, Keegan Thompson has a strong K% of 21.0%, including a per game average of 3.67. For the season, he has struggled with command averaging 3.04 walks per outing.

Today’s matchup between the Milwaukee Brewers and Chicago Cubs will be their 14th meeting of the season. Currently, Chicago is winning the season series 7-6. Through 13 games, the series over-under record is 7-5, with the average run total sitting at 10.05 runs per game. The averge scoring margin in these meetings is 3.46 runs. Last season, Milwaukee picked up the series win, 15 games to 4. In these 19 meetings, the two teams combined for an over-under record of 9-8. Last year, the Brewers and Cubs averaged 10.05 runs per game. The average scoring differential in this series was 4.89 runs per game.

Free MLB Pick: Brewers Moneyline. Did you know that you could be wagering on games for for a cheaper price? Why pay more for the very same product when you could be betting at a discount? Take advantage of reduced juice at BetAnysports Sportsbook! We’ve advertised them for 10+ years with ZERO complaints!