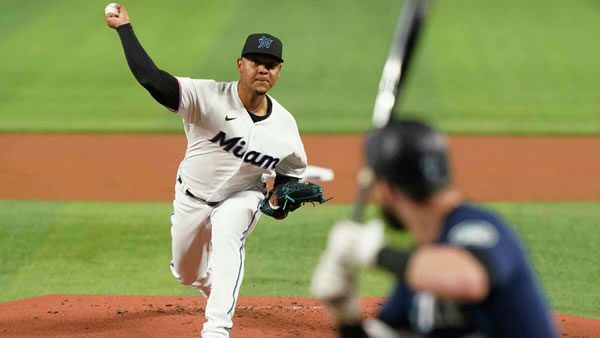 (Check out our Top Sportsbook Bonus List >>> A 100% bonus will double your bankroll!)

The Miami Marlins host the Milwaukee Brewers on Sunday, May 15th at LoanDepot park. The first pitch in this matchup is scheduled for 01:40 ET. The MLB Odds Board places Milwaukee as the favorite (-155), with an OU line set at 7.0.

The Brewers are hoping to get back on track after falling to Miami, 9-3. Milwaukee’s pitching staff finished the game by allowing 11 hits, leading to 9 runs. On offense, the Brewers finished with 8 hits. Brewers suffered the loss, despite being favored at -120.0. So far, the team has been the favorite in 30 of their games, winning at a rate of 63.0%. This game went over the posted over-under line of 7.0 runs. This result being part of a larger trend, as Milwaukee has the over has hit in more than half of their games (16-15-3).

The Brewers will be hoping to pick up a win in today’s matchup, as they have gone just 2-3 over their last 5 games. This mark has come on an average run margin of just -12. In their last 5 contests, Milwaukee is averaging 5.2 runs per game, right in line with their season average of 4.82. So far, Milwaukee has won over half of their 12 series played, going 6-4-2.

The Miami Marlins are coming off a big win over the Brewers by a score of 9-3. For the game, the pitching staff held the Brewers to 3 runs on 8 hits. At the plate, the Marlins scored 9 times on, 11 hits. Despite being the underdogs, getting 100.0 on the moneyline, the Marlins still picked up the win. In their 14 games as the underdog, their straight-up win percentage sits at 43.0%. The Marlins and Brewers went over the run total line set at 7.0 runs. Against the run total, Miami is just 15-18-0.

The Marlins come into today’s game looking to turn things around, as they are just 2-3 over their last 5 games. Despite this record, the team still has a positive run differential of 6 (last 5). Their recent record comes while the offense has picked up its play, averaging 5.4 runs over their last 5 game, compared to their overall figure of 4.18. Miami has a below .500 series record of just 4-6-1.

The Milwaukee Brewers will send Brandon Woodruff to the mound with an overall record of 3-2. So far, Woodruff has put together an ERA of 5.97. In his appearances leading up to today, he has lasted an average of 4.7 innings. Teams have been able to rack up runs against him, as he has a batting average allowed of 0.261. Opposing batters have been able to drive the ball with power against Woodruff, averaging 1.28 homers per 9 innings pitched. In terms of strikeouts, Brandon Woodruff has a strong strikeout percentage of 28.99%, including a per game average of 6.16. For the season, he has struggled with command averaging 3.14 walks per outing.

Miami will roll with Elieser Hernandez (2-2) as their starter. So far, Hernandez has put together an ERA of 6.37. In his appearances leading up to today, he has lasted an average of 4.87 innings. Teams have been able to rack up runs against him, as he has a batting average allowed of 0.275. Home runs have been an issue for Hernandez, as he is allowing an average of 2.47 per 9 innings pitched. On the season, Elieser Hernandez has had no problem racking up strikeouts, posting a strikeout percentage of 21.0% while averaging 4.66 K’s per game. Leading into the game, he has shown a strong command of his pitches, averaging just 2.73 walks per contest.

Today’s matchup between the Milwaukee Brewers and Miami Marlins will be their 2nd meeting of the season. Today’s game will be a rubber match for the two teams, as Milwaukee and Miami each have 1 win. Through 2nd games, the series’ over-under record is 1-1, with the average run total sitting at 7.17 runs per game. The averge scoring margin in these meetings is 3.5 runs. When looking back to last season, Milwaukee and Miami split the season series, with each team picking up 3 wins. In these 6 meetings, the two teams combined for an over-under record of 5-1. Last year, the Brewers and Marlins averaged 7.17 runs per game. On average, the winning team won by an average of 3.83 runs per contest.

Get all of our MLB Picks including sides, totals and runline bets >>>

Even though Milwaukee comes into the game as the heavy favorite on the moneyline (-155). I recommend taking the Marlins to pick up their 2nd straight win over the Brewers. Milwaukee starter Brandon Woodruff has continued to struggle on the mound, while Elieser Hernandez has not pitched as bad as his 6.37 ERA suggests. So far, his expected ERA comes in at just 3.85.

Free MLB Pick: Marlins ML. It’s a great day to give your bankroll a boost with a 100% bonus up to $500 at GTBets Sportsbook!