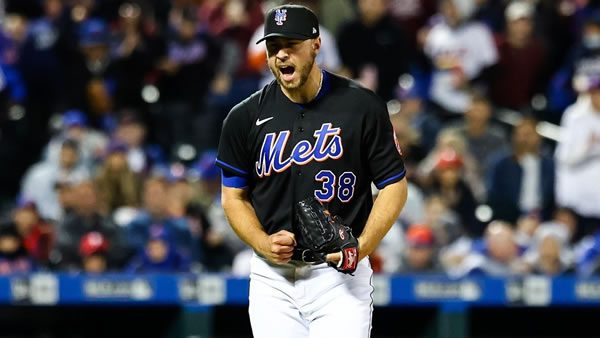 The New York Mets host the Milwaukee Brewers on Thursday, June 16th at Citi Field. The first pitch in this matchup is scheduled for 07:10 ET. The MLB Odds Board places New York as the favorite (-130), with an OU line set at 7.5.

In Milwaukee’s last game vs the Mets, the Brewers came away with a 10-2 win. Overall, the team’s pitching staff limited the Mets to 2 runs on 5 hits. The Brewers lineup had a good night at the plate, coming up with 11 hits, leading to 10 runs. In the matchup, Milwaukee was favored at -125.0 on the moneyline. So far, the team has been the favorite in 56 of their games, winning at a rate of 55%. Together, the Brewers and Mets combined to surpass the over-under betting line set at 7.5 runs. So far, Milwaukee has an above .500 over-under record of 31-30-3.

New York will look to move on from a 8 runs loss to the Brewers, falling by the score of 10-2. New York’s pitching staff gave up 11 hits, leading to 10 runs for the Brewers. The Mets offense ended the game with just 2 runs on 5 hits. This loss came as no surprise, as New York came into the game as the underdog, getting 115.0. In their 16 games as the underdog, their straight-up win percentage sits at 50.0%. The Mets and Brewers went over the run total line set at 7.5 runs. For the season, the team’s over-under record is 33-27-4.

In their last 5 games, the Mets have put together a record of 3-2. They have managed to pick up these wins despite having a negative run differential of their last 5 games (-2). New York is still playing winning baseball, even with their offense averaging just 4.6 runs per game, compared to a season-long mark of 5.03. On the season, New York has won more than half of their series, going 14-3-3.

Milwaukee will roll with Aaron Ashby (1-5) as their starter. So far, Ashby has put together an ERA of 3.91. In his appearances leading up to today, he has lasted an average of 3.86 innings. Compared to other starters, the left-hander has a high BA allowed, currently sitting at 0.245. This season, Ashby has avoided giving up home runs, allowing just 0.9 per 9 innings. In terms of strikeouts, Aaron Ashby has a strong strikeout percentage of 28.0%, including a per game average of 4.77. For the season, he has struggled with command averaging 4.09 walks per outing.

In today’s game, New York turns to starter Tylor Megill. For the year, he has a record of 4-2. So far, Megill has put together an ERA of 4.5. In his appearances leading up to today, he has lasted an average of 4.75 innings. Megill’s opponent’s batting average currently sits at 0.24. Home runs have been an issue for Megill, as he is allowing an average of 1.18 per 9 innings pitched. In terms of strikeouts, Megill is averaging just 5.12 K’s per game. So far, he has struck out 26.0% of the batters he has faced. Throughout the season, Megill has avoided walking batters, allowing just 2.37 per contest.

For the season, the Milwaukee Brewers and New York Mets will be playing their 3rd game of the season. Today’s game will be a rubber match for the two teams, as Milwaukee and New York each have 1 win. Through 2 games, the series’ over-under record is 1-1, with the average run total sitting at 6.5 runs per game. The averge scoring margin in these meetings is 6.0 runs. Last season, Milwaukee picked up the series win, 4 games to 2. The over-under record in last year’s matchups was 1-4, with the average run total being 6.5 runs per game. On average, the winning team won by a margin of 2.83 runs per contest.

Heading into Thursday’s National League matchup between Milwaukee and New York, the Mets are the slight favorite on the moneyline. Although Aaron Ashby is coming off two straight bad outings, he has the ability to lock down opposing lineups. On the other side, Tylor Megill lasted just 3 1/3 innings in his start vs the Angels. I like the Brewers to pick up the win.