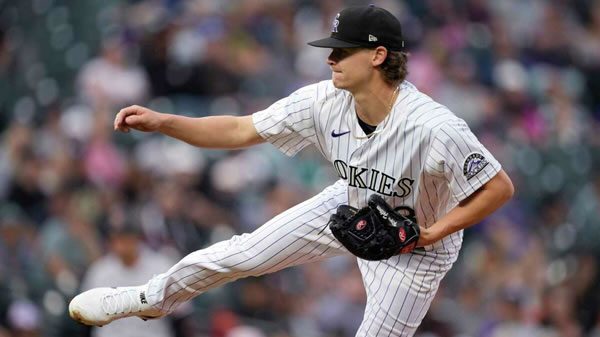 The Colorado Rockies host the Milwaukee Brewers on Monday September 5th at Coors Field. The first pitch in this matchup is scheduled for 04:10 ET. The MLB Odds Board places Milwaukee as the favorite (-160), with an OU line set at 11.0.

The Brewers come into this matchup having suffered a 4 run loss to Arizona (5-1). Milwaukee’s pitching staff finished the game by allowing 8 hits, leading to 5 runs. With their 3 hits, the Brewers could only muster 1 run. Milwaukee’s loss came as the underdog, getting 150.0 on the moneyline. Together, the Brewers and Arizona stayed below the over-under line set at 8.0 runs. Milwaukee games have still surpassed the over-under line more than half of the time, at 65-60-8.

In their last 5 games, the Brewers are below .500, at 2-3. In this rough stretch of games, the team’s run differential comes in at -3. A key reason for Milwaukee’s recent struggles is an offense averaging just 3.2 runs per game over their last 5 contests, compared to a season average of 4.50. So far, Milwaukee has won over half of their 43 series played, going 19-17-7.

Colorado is coming off a 10 run loss to the Reds. Dropping the game 10-0. In the game, the team’s pitching staff allowed a total of 4 hits, leading to 10 runs. With their 8 hits, the Rockies could only plate 0 runners. So far, the team has gone into 104 games as the underdog, still finding the win column at a rate of 38.0%. The Rockies and Reds went over the run total line set at 9.5 runs. This outcome moves the team’s over-under record back to .500 at 64-64-7.

In their last 5 contests, the Rockies have just 1 win, going 1-4. During this time, the team has a run differential of -11. The team’s offense is partly to blame for their recent slump, as they have averaged just 2.4 runs over their last 5 game. Colorado has a below .500 series record of just 16-22-4.

The Milwaukee Brewers will send Adrian Houser to the mound with an overall record of 4-9. So far, Houser has put together an ERA of 5.02. In his appearances leading up to today, he has lasted an average of 4.72 innings. Opposing teams have hit the ball well against the right-hander, with a batting average of 0.272. This season, Houser has been able to avoid giving up home runs, allowing just 0.9 per 9 innings. On the season, Adrian Houser has had no problem racking up strikeouts, posting a strikeout percentage of 17.0%. This includes a per-game average of 3.71 K’s per game. For the season, he has struggled with command averaging 3.9 walks per outing.

Ryan Feltner gets the start for the Rockies, with an overall record of 2-6. Feltner gets the start with an ERA of 5.78. On average, he has lasted 4.79 innings per appearance. Teams have been able to rack up runs against him, as he has a batting average allowed of 0.273. Opposing hitters are hitting home runs at an above-average rate against Feltner. This year, he is allowing 1.75 HR’s per 9 innings pitched. In terms of strikeouts, Ryan Feltner has a strong K% of 20.0%, including a per-game average of 4.14. For the season, he has struggled with command averaging 3.09 walks per outing.

For the season, the Milwaukee Brewers and Colorado Rockies will be playing their 5th game of the season. Milwaukee has the lead in the series at 3-1. The over-under record in this series sits at 3-1. The average run total in these games is 10.43 runs per game. In these matchups, the average scoring differential sits at 2.25 runs. Last season, Milwaukee picked up the series win, 5 games to 2. The over-under record in last year’s matchups was 5-2, with the average run total being 10.43 runs per game. On average, the winning team won by a margin of 2.71 runs per contest.

Leading into Monday’s National League matchup between Milwaukee and Colorado, the over-under line is set at 11 runs. With Adrian Houser and Ryan Feltner on the mound, the best bet for today’s game is to grab the over. Even though Milwaukee’s offense has been inconsistent all year, they remain one of the best home run-hitting teams in the league. Look for them to take advantage of playing at Coors Field.

Free MLB Pick: Over 11 Runs. Football season is here! Make sure you’re betting at the sportsbook with the best parlay odds on the web!