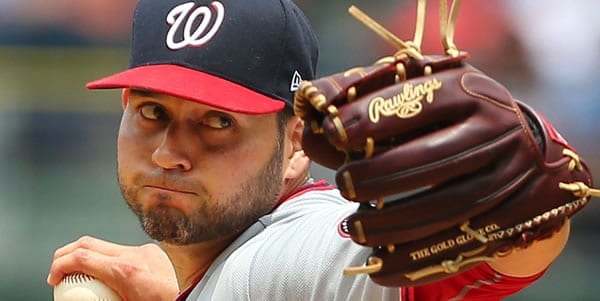 The St. Louis Cardinals will look to pick up another big win after they defeated the Blue Jays by a score of 6-1. On their way to the victory, the pitching staff gave up 1 run on 5 hits. The Cardinals benefited from an offense that generated 6 runs on 13 hits. St. Louis picked up the win, despite getting 215.0 on the moneyline. This matchup remained below the over-under line set at 8.0 runs. With this result, St. Louis’s over-under record dropped even further, moving to just 46-49-4.

After their 5 most recent games, the Cardinals have gone just 2-3. In this rough stretch of games, the team’s run differential comes in at -6. In their last 5 contests, St. Louis is averaging 4.6 runs per game, right in line with their season average of 4.59. So far, St. Louis has won over half of their 30 series played, going 13-9-8.

Washington will look to move on from a 6 run loss to the Dodgers, falling by the score of 7-1. In the game, the team’s pitching staff allowed a total of 11 hits, leading to 7 runs. At the plate, the Nationals only came through for 1 run on 5 hits. This loss came as no surprise, as Washington came into the game as the underdog, getting 220.0. In their 82 games as the underdog, their straight-up win percentage sits at 33.0%. Combined, the Nationals and Dodgers’ run total fell below the over-under line of 9.0 runs. Even still, Washington games have still gone over the betting total over half of the time, at 48-47-5.

St. Louis will roll with Miles Mikolas (7-8) as their starter. Through 20 appearances, Mikolas has an ERA of just 2.87 while averaging 6.25 innings per appearance. Hits have been hard to come by against the right-hander, as his batting average allowed is just 0.216. Mikolas is giving up home runs at a rate similar to the league average, allowing 1.01 per 9 innings. On the season, Miles Mikolas has had no problem racking up strikeouts, posting a strikeout percentage of 19.0%. This includes a per game average of 4.8 K’s per game. For the season, he has struggled with command averaging 1.8 walks per outing.

Aníbal Sánchez gets the start for the Nationals, with an overall record of 0-2. Sánchez gets the start with an ERA of 6.3. On average, he has lasted 5.0 innings per appearance. Opposing teams have hit the ball well against the right-hander, with a batting average of 0.278. Opposing batters have been able to drive the ball with power against Sánchez, averaging 2.7 homers per 9 innings pitched. In terms of strikeouts, Sánchez is averaging just 4.5 K’s per game. So far, he has struck out 22.0% of the batters he has faced. Leading into the game, he has shown a strong command of his pitches, averaging just 3.6 walks per contest.

Today’s matchup between the St. Louis Cardinals and Washington Nationals will be their first meeting of the season. Last year, Washington won the season series 4-2. The average scoring margin in these games was 4.83, with an over-under record of 2-4. Last year, the two teams combined to average 8.83 runs per game.

Heading into Friday’s National League matchup between St. Louis and Washington, the Cardinals are the heavy favorite to come away with the win. Even though the Nationals have been playing well of late, I see St. Louis picking up an easy win. Look for a bounce-back outing from Miles Mikolas, who struggled in his last appearance vs the Reds. I like the Cardinals to cover the runline.

Free MLB Pick: Cardinals -1.5 Runline. Bet your Cards/Nats prediction for FREE by taking advantage of a 100% real cash bonus when you use bonus code PREDICT100 at MyBookie Sportsbook! Football is coming! Your bankroll can use the boost!