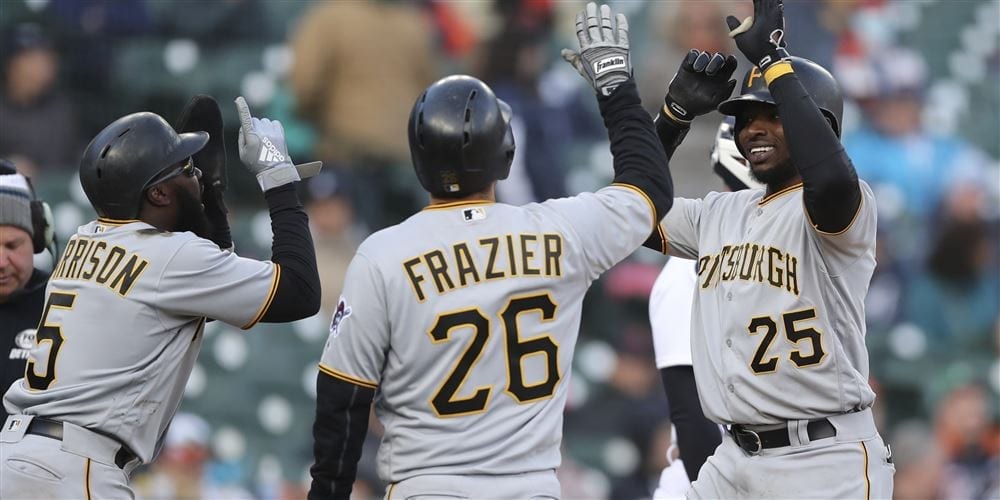 The Pirates and Cardinals are both hanging around the National League playoff races, heading into the opener of their three-game series at PNC Park Friday night (7:05 ET). How are we playing this game with our daily free MLB picks?

Friday’s MLB betting odds opened Pittsburgh and newcomer Chris Archer at around -140 over St. Louis and John Gant, with an over/under of 8.5 runs. Early MLB betting action then bumped that spread as much as 20 cents at some shops, to around -160.

The Pirates could also be found getting around +150 giving the run and a half on the run line.

The Cardinals just took three of four games at home from Colorado, winning Thursday’ series finale 3-2 with two runs in the bottom of the ninth off Rockies closer Wade Davis. So St. Louis is 2-0 in its last two series and 5-2 over its last seven games.

Pittsburgh, meanwhile, just split two games at home with the Cubs, losing Wednesday’s finale 9-2. The Pirates bullpen was forced to throw eight innings Wednesday, but the team had Thursday off.

Big-picture, these two teams enter this series with identical records of 56-53 and sit 6.5 games behind the first-place Cubs in the NL Central. They’re also just four games behind Atlanta in the battle for the second National League wild-card spot.

These division rivals have split 10 meetings so far this season.

Archer (3-5, 4.31) is making his first start for his new team Friday night, after coming over in a trade with Tampa Bay earlier this week. By our tough standards Archer is only 7/17 on quality starts this season, and only one for his last five. Last Friday he gave up four runs - three earned - and seven hits through six innings against Baltimore, and over his last five starts he’s allowed 12 ER and 33 hits through 24 2/3 innings. On the season the Rays went 9-8 with Archer, with the overs going 11-6.

In one start last year against the Cardinals Archer allowed just one run and five hits, with eight strikeouts, in a 3-2 Tampa victory.

In two career starts against Pittsburgh, one this year and one last year, Gant allowed four runs and seven hits through 8 1/3 innings. The Cardinals lost both those games.

At first glance Archer seems the easy choice in this pitching match-up, but based on recent performance we’re calling this a push.

St. Louis ranks 20th in the Majors this year against right-handed pitching with a .246 team batting average, 21st with a .313 team OBP and 24th with a .395 team slugging percentage.

So the Pirates get our handicapping check-mark with the sticks for Friday.

St. Louis may own a slight edge in the comparison of the bullpens.

The unders are 28-27 in games played at PNC Park this year, which are averaging 8.6 total runs per.

The unders are 5-3-2 in Cards-Pirates games this season, which are averaging 8.0 runs per.

Betting baseball often comes down to value, and that’s what we’ve got here. At the moment we find Archer over-rated, and the hype surrounding his trade probably helped steam the line on this game. Meanwhile Gant has been alright lately, and St. Louis is playing decent ball. We’re taking the Cardinals here at the underdog price.