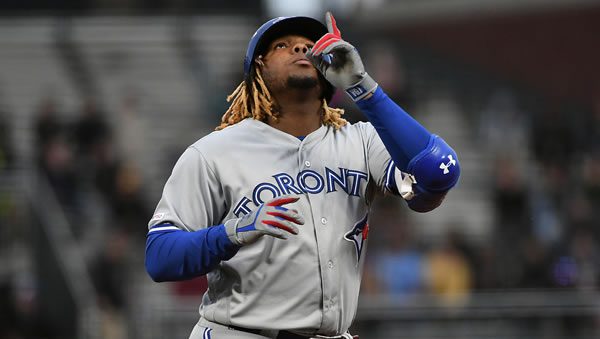 The Toronto Blue Jays host the Cleveland Guardians on Friday, August 12th at Rogers Centre. The first pitch in this matchup is scheduled for 07:07 ET. The MLB Odds Board places Toronto as the favorite (-185), with an OU line set at 9.0.

The Cleveland Guardians will look to add another win to their resume after pulling out a slim 4-3 win over the Tigers. Overall, the team’s pitching staff limited the Tigers to 3 runs on 7 hits. The Guardians benefited from an offense that generated 4 runs on 8 hits. In the matchup, Cleveland was favored at -150.0 on the moneyline. So far, the team has been the favorite in 56 of their games, winning at a rate of 62.0%. Together, the Guardians and Tigers stayed below the over-under line set at 8.5 runs. Even after this game, Cleveland’s overall over-under record sits at 53-51-7.

The Guardians come into this game having won all 5 of their recent games. Over this stretch, the team has a positive run differential at +9. Cleveland has put together this record, despite averaging just 3.4 runs per game, compared to their season average of 4.32. So far, Cleveland has won over half of their 35 series played, going 16-11-8.

The Blue Jays are coming off a tight loss to the Orioles, dropping the game 6-5. Toronto’s pitching staff gave up 12 hits, leading to 6 runs for the Orioles. At the plate, the Blue Jays scored 5 times on 9 hits. Leading into the game, Toronto was the betting favorite at -175.0. So far, the team has won 56.9% of the games in which they were favored. The Blue Jays and Orioles went over the run total line set at 8.5 runs. Overall, the team has gone over the betting line in over half of their games, going 58-51-1.

The Blue Jays come into today’s game looking to turn things around, as they are just 1-4 over their last 5 games. This recent slump is backed by a scoring margin of -8 over their last 5 games. In their 5 most recent contests, the team is scoring at a rate of 4.0, similar to their season-long average of 4.81. On the season, Toronto has won more than half of their series, going 17-12-6.

Cleveland will roll with Cal Quantrill (8-5) as their starter. So far, Quantrill has put together an ERA of 3.88. In his appearances leading up to today, he has lasted an average of 5.86 innings. Opposing teams have hit the ball well against the right-hander, with a batting average of 0.267. Home runs have been an issue for Quantrill, as he is allowing an average of 1.17 per 9 innings pitched. On the season, Cal Quantrill has had no problem racking up strikeouts, posting a strikeout percentage of 15.0%. This includes a per game average of 3.76 K’s per game. For the season, he has struggled with command averaging 2.56 walks per outing.

In today’s game, Toronto turns to starter José Berríos. For the year, he has a record of 8-4. So far, Berríos has put together an ERA of 5.19. In his appearances leading up to today, he has lasted an average of 5.36 innings. Teams have been able to rack up runs against him, as he has a batting average allowed of 0.275. Home runs have been an issue for Berríos, as he is allowing an average of 1.83 per 9 innings pitched. Overall, José Berríos has struck out 21.0% of the batters he has faced. On average, he averages 4.86 K’s per game. Berríos comes into the game hoping to improve his walk numbers, as he is averaging 2.21 free passes per outing.

For the season, the Cleveland Guardians and Toronto Blue Jays will be playing their 5th game of the season. So far, Cleveland is leading the season series, 3-1. Through 4 games, the series over-under record is 3-1, with the average run total sitting at 8.86 runs per game. In these matchups, the average scoring differential sits at 3.25 runs. Dating back to last season, Toronto picked up 5 wins compared to 2, taking the season series. The over-under record in last year’s matchups was 3-3, with the average run total being 8.86 runs per game. The average scoring differential in this series was 3.71 runs per game.

Heading into Friday’s American League showdown between Cleveland and Toronto, the Blue Jays are the favorite on the moneyline. However, the Guardians have been tough with Cal Quantrill on the mound, winning each of his last 6 starts. Look for the Blue Jays to struggle against the Cleveland right-hander. I like the Guardians to pull off the upset.