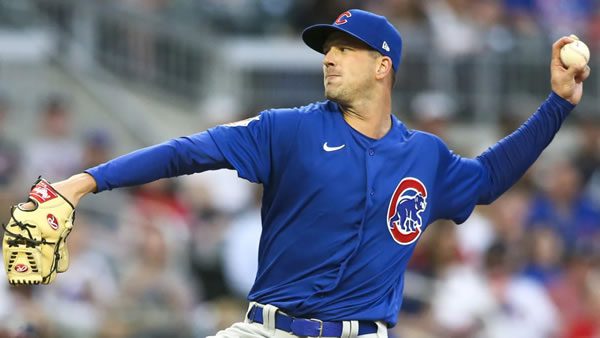 The St. Louis Cardinals host the Chicago Cubs on Saturday September 3rd at Busch Stadium. The first pitch in this matchup is scheduled for 07:15 ET. The MLB Odds Board places St. Louis as the favorite (-210), with an OU line set at 7.5.

The Cubs come into this matchup having suffered a 8-run loss to the St. Louis (8-0). In the loss, Chicago’s pitchers gave up 8 runs on 9 hits. With their 7 hits, the Cubs could not muster a run. The loss came as Chicago was the betting underdog, getting 210.0 on the moneyline. When looking at the over-under result, the Cubs and St. Louis matched the line set at 8.0 runs. With the teams matching the betting line, Chicago’s over-under record sits at 57-64-11, Chicago.

After their 5 most recent games, the Cubs have gone just 1-4. This mark has come on an average run margin of just -11. In their last 5 contests, Chicago is averaging 4.2 runs per game, right in line with their season average of 4.11. Chicago’s overall series record is just 17-21-5.

The St. Louis Cardinals will be looking to pick up another win, as they most recently defeated the Cubs by 8 runs (8-0). For the game, the pitching staff held the Cubs to 0 runs on 7 hits. In the victory, the Cardinals came up with 9 hits and 8 runs. St. Louis picked up the win while being favored at -260.0. So far, the team has won 70.0% of the games in which they were favored. Combined, the Cardinals and the Cubs matched the over-under total of 8.0. This result drops St. Louis’s over-under record down to 63-64-5.

Across their last 5 contests, the Cardinals are above .500, going 4-1. During this time, the team’s run differential sits at +18. Overall, the Cardinals are averaging 4.94 runs per contest. But, over their last 5 outings, they have been scoring at a clip of 6.6 runs per contest. On the season, St. Louis has won more than half of their series, going 23-10-8.

Drew Smyly gets the start for the Cubs, with an overall record of 5-7. Through 18 appearances, Smyly has an ERA of just 3.24 while averaging 4.94 innings per appearance. So far, opposing teams have hit the ball well against the left-hander, posting a BA of 0.25. Home runs have been an issue for Smyly, as he is allowing an average of 1.21 per 9 innings pitched. In terms of strikeouts, Drew Smyly has a strong strikeout percentage of 20.0%, including a per game average of 4.06. Command has been a problem for Smyly, as he is giving up 2.02 walks per outing.

The St. Louis Cardinals will send Adam Wainwright to the mound with an overall record of 9-9. Heading into the game, Wainwright has appeared in 26 contests, posting an ERA of just 3.09. On average, he pitches 6.27 innings per appearance. In his previous outings, right-hander opponents are hitting 0.241 off the right-hander. Throughout the season, Wainwright has done a good job at limiting home runs, allowing 0.77 per 9 innings. Per game, Adam Wainwright is averaging 5.0, on a strikeout percentage of 20.0%. Wainwright comes into the game hoping to improve his walk numbers, as he is averaging 2.37 free passes per outing.

Today’s matchup between the Chicago Cubs and St. Louis Cardinals will be their 18th meeting of the season. Currently, St. Louis is winning the season series 11-6. Through 17 games, the series over-under record is 7-9, with the average run total sitting at 9.0 runs per game. The averge scoring margin in these meetings is 4.18 runs. St. Louis won last year’s head-to-head series, grabbing 10 wins to 9. The over-under record in last year’s matchups was 10-9, with the average run total being 9.0 runs per game. The average scoring differential in this series was 3.11 runs per game.

More Picks: Get our MIA/ATL analysis including best bet for their 9/3/22 game >>>

Leading into Saturday’s NL Central showdown between Chicago and St. Louis, the Cardinals are the strong favorite on the moneyline. Even though Drew Smyly has been throwing the ball well of late for Chicago, everyone is having trouble slowing down St. Louis right now. In addition, Adam Wainwright is coming off a strong performance vs a tough Atlanta lineup. I like the Cardinals to cover the runline.