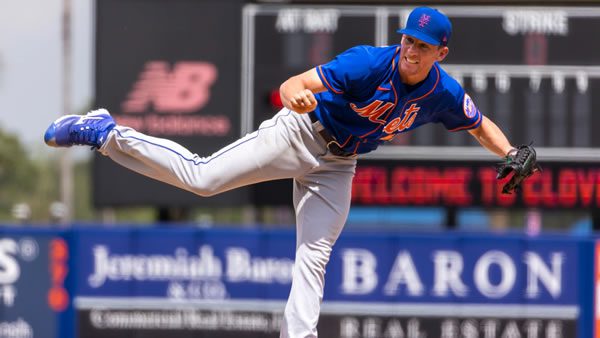 The New York Mets host the Los Angeles Dodgers on Thursday September 1st at Citi Field. The first pitch in this matchup is scheduled for 04:10 ET. The MLB Odds Board places Los Angeles as the favorite (-150), with an OU line set at 7.5.

The Dodgers will look to rebound from a close, 2-1 loss to the NY Mets. Even in the loss, the pitching staff gave up just 2 runs while allowing 8 hits. Offensively, they finished with just 1 run on 3 hits. Los Angeles’s loss came as the underdog, getting 140.0 on the moneyline. Combined, the Dodgers and NY Mets fell short of the over-under betting line of 6.5 runs. With this result, Los Angeles’s over-under record dropped even further, moving to just 53-66-10.

The Dodgers are looking to continue adding wins, as they are 3-2 over their last 5 games. Over this stretch, the team has a positive run differential at +7. Los Angeles has put together this record, despite averaging just 3.4 runs per game, compared to their season average of 5.36. So far, Los Angeles has won over half of their 41 series played, going 29-9-3.

The Mets are coming off a tight 2-1 win over the Dodgers. In the winning effort, the team’s pitchers held the Dodgers to 1 run and 3 hits. At the plate, the Mets only came through for 2 runs on 8 hits. New York picked up the win while being favored at -165.0. For the season, the team has been favored in 100 games, winning at a rate of 69.0%. With this result, the Mets and Dodgers combined to fall below the over-under line of 6.5 runs. Even still, New York games have still gone over the betting total over half of the time, at 63-59-9.

Across their last 5 contests, the Mets are above .500, going 3-2. During this time, the team’s run differential sits at +3. New York has benefited from strong pitching, as their offense has slipped in their last 5 games, averaging just 3.0 runs per game. Their overall average sits at 4.67. On the season, New York has won more than half of their series, going 29-8-4.

Clayton Kershaw gets the start for the Dodgers, with an overall record of 7-3. Currently, Kershaw has an ERA of just 2.64 while pitching an average of 5.67 innings per outing. Hits have been hard to come by against the left-hander, as his batting average allowed is just 0.218. In addition, to his strong BA allowed, he has been able to limit power, allowing just 0.74 home runs allowed per 9 innings. In terms of strikeouts, Clayton Kershaw has a strong strikeout percentage of 26.0%, including a per-game average of 5.87. Throughout the season, Kershaw has avoided walking batters, allowing just 1.58 per contest.

In today’s game, New York turns to starter Chris Bassitt. For the year, he has a record of 11-7. Currently, Bassitt has a strong ERA of just 3.28 while pitching an average of 6.17 innings per outing. Across his previous appearances, the right-hander has a batting average allowed of 0.233. So far, Bassitt has managed to keep the ball in the ballpark, allowing just 0.91 home runs per 9 innings. On the season, Chris Bassitt has had no problem racking up strikeouts, posting a strikeout percentage of 23.0%. This has led to an average of 5.79 K’s per game. Bassitt comes into the game hoping to improve his walk numbers, as he is averaging 2.24 free passes per outing.

Today’s matchup between the Los Angeles Dodgers and New York Mets will be their 7th meeting of the season. So far, the teams have each won 3 times. The over-under record in this series sits at 1-4. The average run total in these games is 8.29 runs per game. The averge scoring margin in these meetings is 2.5 runs. Going back to last year, Los Angeles won the season series, 6 games to 1. In these 7 meetings, the two teams combined for an over-under record of 3-4. Last year, the Dodgers and Mets averaged 8.29 runs per game. The average scoring differential in this series was 3.14 runs per game.

Heading into Thursday’s National League showdown between Los Angeles and New York, the Dodgers are the favorite on the moneyline. However, I expect Los Angeles to be careful with Klayton Kershaw who hasn’t pitched since August 4th. Look for the Mets to pick up another win over the Dodgers.