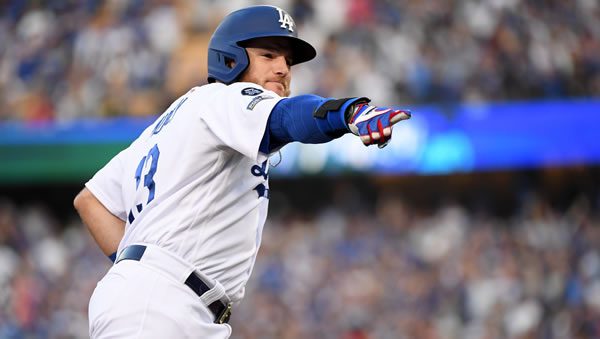 The San Diego Padres host the Los Angeles Dodgers on Saturday October 15th at Petco Park. The first pitch in this matchup is scheduled for 09:37 ET. The MLB Odds Board places Los Angeles as the favorite (-138), with an OU line set at OFF.

After suffering a 1 run loss to the San Diego (2-1), the Dodgers will look to get back in the win column. Despite the loss, Los Angeles’s pitching staff gave up only 2 runs on 7 hits. The Dodgers ended the game with just 1 run on 6 hits. Dodgers suffered the loss, despite being favored at -125.0. Through 161 games as the favorite, the team has found the win column at a rate of 69.0%. Combined, the Dodgers and San Diego fell short of the over-under betting line of 7.5 runs. With this result, Los Angeles’s over-under record dropped even further, moving to just 69-84-12.

In their last 5 games, the Dodgers are below .500, at 2-3. Despite their below .500 record (last 5), in this stretch, the team still has a positive run differential at +1. On offense, Los Angeles’s offense has experienced a dip in production, averaging 3.4 runs per game over their last 5 contests. So far, Los Angeles has won over half of their 51 series played, going 37-11-3.

In their last game, the Padres picked up a close win over the Dodgers by a score of 2-1. In the win, the pitching staff allowed just 1 run on 6 hits. With their 7 hits, the Padres could only muster 2 runs. Despite being the underdogs, getting 105.0 on the moneyline, the Padres still picked up the win. So far, the team has gone into 48 games as the underdog, still finding the win column at a rate of 48.0%. With this result, the Padres and Dodgers combined to fall below the over-under line of 7.5 runs. Now, San Diego had an over-under record of 78-84-6.

Across their last 5 contests, the Padres are above .500, going 3-2. During this time, the team’s run differential sits at +3. San Diego has benefited from strong pitching, as their offense has slipped in their last 5 games, averaging just 3.8 runs per game. Their overall average sits at 4.35. On the season, San Diego has won more than half of their series, going 28-18-7.

The Los Angeles Dodgers will send Tyler Anderson to the mound with an overall record of 15-5. In his previous outings, Anderson has lasted an average of 5.75 innings, putting together an ERA of just 2.57. So far, batters are hitting just .219 against him. Home runs have not been an issue for Anderson, as he is giving up just 0.71 HR/9. Per game, Tyler Anderson is averaging 4.48, on a strikeout percentage of 20.0%. Command has been a problem for Anderson, as he is giving up 1.71 walks per outing.

The San Diego Padres will send Joe Musgrove to the mound with an overall record of 10-7. Heading into the game, Musgrove has appeared in 30 contests, posting an ERA of just 2.93. On average, he pitches 6.03 innings per appearance. Across his previous appearances, the right-hander has a batting average allowed of .227. So far, Musgrove has managed to keep the ball in the ballpark, allowing just 1.09 home runs per 9 innings. Overall, Joe Musgrove has struck out 25.0% of the batters he has faced. On average, he averages 6.13 K’s per game. For the season, he has struggled with command averaging 2.09 walks per outing.

Today’s matchup between the Los Angeles Dodgers and San Diego Padres will be their 23rd meeting of the season. Los Angeles has the lead in the series at 15-7. The over-under record in this series sits at 10-10. The average run total in these games is 8.21 runs per game. The averge scoring margin in these meetings is 4.05 runs.

This game is too close to call a winner, however, the pitching matchup and the venue will likely produce a high-intensity ballgame in which is wouldn’t surprise me if the game ended 1-0, so I’m betting the under.