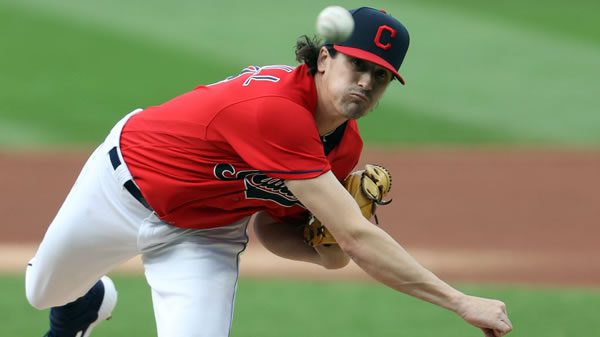 The Cleveland Guardians host the Baltimore Orioles on Tuesday August 30th at Progressive Field. The first pitch in this matchup is scheduled for 06:10 ET. The MLB Odds Board places Cleveland as the favorite (-155), with an OU line set at 8.0.

Baltimore heads into today’s action, looking to rebound from a 3-1 loss to Houston. Even in the loss, the pitching staff gave up just 3 runs while allowing 6 hits. On offense, the Orioles finished with 1 run on 7 hits. The loss came as Baltimore was the betting underdog, getting 205.0 on the moneyline. Combined, the Orioles and Houston fell short of the over-under betting line of 7.0 runs. So far, Baltimore has been a good candidate to fall below the betting line, as their over-under record sits at just 57-65-5.

The Orioles are looking to continue adding wins, as they are 3-2 over their last 5 games. During this time, they have an average scoring differential of +1. Baltimore comes into the game struggling on offense, averaging 2.6 runs per game over their last 5. This figure is down from their season average of 4.24. So far, Baltimore has won over half of their 42 series played, going 21-17-4.

Cleveland will be looking to move on from a tough loss to the Mariners by the score of 4-0. For the game, the pitching staff held the Mariners to 4 runs on 4 hits. With their 5 hits, the Guardians could not plate a runner. This loss came as no surprise, as Cleveland came into the game as the underdog, getting 130.0. In their 62 games as the underdog, their straight-up win percentage sits at 47.0%. Combined, the Guardians and Mariners’ run total fell below the over-under line of 7.0 runs. This result comes as no surprise, as the team’s over-under record is just 56-62-8.

In their last 5 contests, the Guardians have just 2 wins, going 2-3. Despite this record, the team still has a positive run differential of +1 (last 5). The team’s offense is partly to blame for their recent slump, as they have averaged just 2.8 runs over their last 5 game. On the season, Cleveland has won more than half of their series, going 18-12-10.

The Baltimore Orioles will send Spenser Watkins to the mound with an overall record of 4-4. To date, Watkins has an ERA of 3.96 while lasting an average of 4.67 innings per appearance. Opposing teams have hit the ball well against the right-hander, with a batting average of 0.262. So far, Watkins has managed to keep the ball in the ballpark, allowing just 0.96 home runs per 9 innings. This season, he has struck out 15.0 of the batters he has faced. This has led to a per game average of 2.94. For the season, he has struggled with command averaging 2.57 walks per outing.

Cleveland will roll with Cal Quantrill (10-5) as their starter. Quantrill gets the start with an ERA of 3.59. On average, he has lasted 5.96 innings per appearance. Teams have been able to rack up runs against him, as he has a batting average allowed of 0.252. Throughout the season, Quantrill has done a good job at limiting home runs, allowing 1.07 per 9 innings. Per game, Cal Quantrill is averaging 3.92, on a strikeout percentage of 16.0%. For the season, he has struggled with command averaging 2.39 walks per outing.

For the season, the Baltimore Orioles and Cleveland Guardians will be playing their 4th game of the season. Cleveland holds the edge in the series at 2-1. Through 3 games, the series over-under record is 2-1, with the average run total sitting at 12.14 runs per game. In these matchups, the average scoring differential sits at 1.67 runs. Cleveland won last year’s head-to-head series, grabbing 5 wins to 2. In these 7 meetings, the two teams combined for an over-under record of 5-2. Last year, the Orioles and Guardians averaged 12.14 runs per game. The average scoring differential in this series was 5.0 runs per game.

Free MLB Pick: Guardians Moneyline. Note: If you’re not using Bovada Sportsbook as one of your betting sites, you’re missing out big-time! For starters, they give you a 50% real cash bonus. Second, they’re live betting platform BLOWS AWAY the competition. It’s super easy to use and isn’t clunkly like most other wagering sites. Third, they pay FAST! Lastly, they have a HUGE wagering menu! Check’em out! —> Bovada Sportsbook.