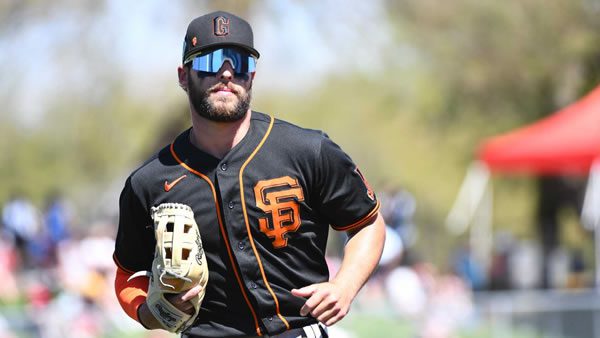 The Philadelphia Phillies host the San Francisco Giants on Wednesday, June 1st at Citizens Bank Park. The first pitch in this matchup is scheduled for 06:05 ET. The MLB Odds Board places Philadelphia as the favorite (-120), with an OU line set at 8.5.

San Francisco looks to keep things rolling after taking down the Phillies by the score of 7-4. For the game, San Francisco’s pitching staff allowed 4 runs on 9 hits. The Giants lineup had a good night at the plate, coming up with 12 hits, leading to 7 runs. This victory came despite being the betting underdog, getting 126.0 on the moneyline. Together, the Giants and Phillies combined to surpass the over-under betting line set at 9.0 runs. So far, San Francisco has an above .500 over-under record of 27-20-1.

The Giants come into this game with a 3-2 record of their last 5 contests. During this time, they have an average scoring differential of +1. San Francisco comes into the game struggling on offense, averaging 4.2 over their last 5. This figure is down from their season average of 5.08. So far, San Francisco has won over half of their 17 series played, going 9-6-2.

Philadelphia will look to move on from a 3 runs loss to Giants, falling by the score of 7-4. On their way to giving up 7 runs, the Phillies staff allowed 12 hits. With their 9 hits, the Phillies could only muster 4 runs. Philadelphia came away with a loss, despite being favored on the moneyline (-150.0). So far, the team has won 43.0% of the games in which they were favored. In terms of the over-under, the Phillies and Giants combined to surpass the line of 9.0 runs. For the season, the team’s over-under record is 27-21-2.

Carlos Rodón gets the start for the Giants, with an overall record of 4-4. To date, Rodón has an ERA of 3.6 while lasting an average of 5.56 innings per appearance. Rodón comes into the game with a batting average allowed of 0.228. So far, Rodón has managed to keep the ball in the ballpark, allowing just 0.54 home runs per 9 innings. Per game, Carlos Rodón is averaging 7.11, on a strikeout percentage of 31.0%. Command has been a problem for Rodón, as he is giving up 3.6 walks per outing.

Aaron Nola gets the start for the Phillies, with an overall record of 2-4. To date, Nola has an ERA of 3.56 while lasting an average of 6.02 innings per appearance. Through 10 outings, opposing teams have combined for a batting average of 0.212. Despite a strong batting average allowed, Nola is prone to giving up home runs, averaging 1.35 homers per 9 innings pitched. On the season, Aaron Nola has had no problem racking up strikeouts, posting a strikeout percentage of 31.0% while averaging 7.4 K’s per game. Throughout the season, Nola has avoided walking batters, allowing just 1.48 per contest.

Today’s matchup between the San Francisco Giants and Philadelphia Phillies will be their 2nd meeting of the season. San Francisco has the lead in the series at 2-0. Through 2nd games, the series’ over-under record is 1-1, with the average run total sitting at 11.67 runs per game. The averge scoring margin in these meetings is 2.0 runs. Last season, San Francisco picked up the series win, 4 games to 2. In these 6 meetings, the two teams combined for an over-under record of 4-2. Last year, the Giants and Phillies averaged 11.67 runs per game. On average, the winning team won by a margin of 4.0 runs per contest.

The Philadelphia Phillies are in desperate need of another strong start from Aaron Nola, as the team has not picked up a win since his last start vs Atlanta. In that outing, Nola fanned 12 Braves batters while giving up just 1 run. Look for the Phillies’ right-hander to slow down the Giants’ suddenly hot offense. On the other side, the Giants have now lost 3 straight games started by Carlos Rodon. I like Philadelphia on the moneyline.