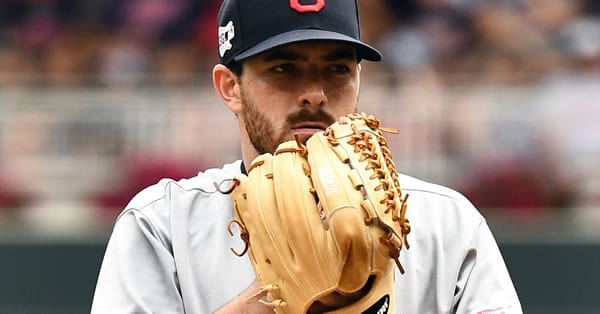 The New York Yankees host the Cleveland Guardians on Monday October 17th at Yankee Stadium. The first pitch in this matchup is scheduled for 07:07 ET. The MLB Odds Board places New York as the favorite (-155), with an OU line set at 7.5.

Cleveland heads into today’s action looking to rebound from a 4-2 loss to the NY Yankees. Cleveland’s pitching staff finished the game by allowing 6 hits, leading to 4 runs. Offensively, they finished with just 2 runs on 6 hits. The loss came as Cleveland was the betting underdog, getting 145.0 on the moneyline. This matchup remained below the over-under line set at 6.5 runs. With this result, Cleveland’s over-under record dropped even further, moving to just 77-82-9.

The Guardians come into this game with a 3-2 record over their last 5 contests. Despite their recent success, their last 5 run margin comes in at -1. Cleveland comes into the game struggling on offense, averaging 2.8 runs per game over their last 5. This figure is down from their season average of 4.25. So far, Cleveland has won over half of their 53 series played, going 27-15-11.

New York is coming off a 2-run win over the Guardians (4-2). In the win, the pitching staff allowed just 2 runs on 6 hits. The Yankees offense ended the game with just 4 runs on 6 hits. In the game, New York was able to take care of business as they were the favorite at -160.0. So far, the team has won 63.0% of the games in which they were favored. Combined, the Yankees and Guardians’ run total fell below the over-under line of 6.5 runs. Now, New York had an over-under record of 78-83-5.

Zach Plesac gets the start for the Guardians, with an overall record of 3-12. So far, Plesac has put together an ERA of 4.24. In his appearances leading up to today, he has lasted an average of 5.25 innings. Compared to other starters, the right-hander has a high BA allowed, currently sitting at 0.258. Opponents are hitting for power against Plesac, as his HR/9 figure sits at 1.3. In terms of strikeouts, Zach Plesac has a strong strikeout percentage of 18.0%, including a per-game average of 4.0. Command has been a problem for Plesac, as he is giving up 2.6 walks per outing.

New York will roll with Aaron Civale (5-6) as their starter. To date, Civale has an ERA of 4.92 while lasting an average of 4.85 innings per appearance. Teams have been able to rack up runs against him, as he has a batting average allowed of 0.249. Home runs have been an issue for Civale, as he is allowing an average of 1.3 per 9 innings pitched. Overall, Aaron Civale has struck out 24.0% of the batters he has faced. On average, he averages 4.9 K’s per game. Civale comes into the game hoping to improve his walk numbers, as he is averaging 2.04 free passes per outing.

Today’s matchup between the Cleveland Guardians and New York Yankees will be their 11th meeting of the season. Currently, New York is winning the season series 7-3. Through 10 games, the series’ over-under record is 4-5, with the average run total sitting at 9.14 runs per game. The averge scoring margin in these meetings is 3.6 runs.

In game 5 of this ALDS matchup, the Yankees are the favorite on the moneyline to advance and meet the Astros. Even though Aaron Civale has had a decent year for the Guardians, I expect the New York lineup to breakthough with enough runs to come out on top. I recommend taking the Yankees on the moneyline.