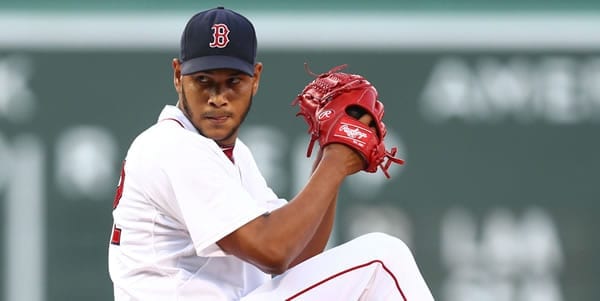 The Red Sox got the edge they needed by blasting the Astros, and now they’ve got to take advantage of having the next three games at Fenway. Boston probably isn’t going to jump out on Urquidy quite the way it did against Luis Garcia, but the Red Sox have had their bats working well throughout the postseason and really need to keep that up in this situation.

The big worry for the Red Sox is that the Astros played pretty well in Massachusetts when the teams met in the regular season, as Boston got outscored 23-16 in three games at Fenway despite scoring 12 runs in the final game of the series. The one thing that has held true in this matchup all year long is that Boston’s offense makes all the difference: when the Red Sox scored at least five runs, they’re 3-0; when they don’t, they’re 0-6.

Good Side or Bad Side

With Rodriguez on the mound, there’s an even more pressing need for the Red Sox to get some hits early and get a decent lead on the Astros. Boston probably isn’t going to be able to count on Rodriguez for long in this game, given that Rodriguez had a regular-season ERA of nearly five runs and didn’t pitch for all that long in the ALDS against the Rays.

In his first appearance against Tampa Bay, Rodriguez showed the bad side by giving up a pair of first-inning runs and getting yanked from the game before the damage could spiral out of control. In his second trip to the mound, Rodriguez was substantially better, holding the Rays to three hits in five innings, but he still didn’t last all that long.
With how much the bullpens worked in Houston, Boston is either going to have to get a strong performance out of a starter somewhere in there or expect to score a lot of runs to get through this series. If Rodriguez can’t last longer than five innings, this will be another high-scoring showcase.

What’s in the Tank

Jose Urquidy is a reliable start on paper, but the Astros’ pitcher might be running out of gas at this point in the season. He wasn’t impressive in his final three starts of the season, even though the Astros won all three of them, and he’s thrown 107 innings this year, a career-high.

The Astros didn’t use him in the ALDS win over the White Sox, but now they’ve got to use him in a situation that matters. He pitched well in his last trip to the postseason, but that was also after the 60-game sprint that wasn’t indicative of a full season. Now his arm has pitched through a full campaign, and his past three starts saw him give up nine earned runs, which doesn’t inspire a lot of confidence. The good news is that Houston has scored at least five runs in eight of his past ten starts, and Urquidy might need that to get the win here.

The wind could also be a factor for the over, as it’s blowing 10 miles per hour toward right field. In Boston, that means the 302-foot pole down the right-field line, which could mean cheap home runs on a 52-degree night.

The way to play this is the Over. I don’t really love the pitching matchup for either team, but I lean slightly toward the Astros as the better side. For the small juice, I’ll back Houston in this matchup, but my main bet will be on the over. Not sure who you like? A good way to approach this game is to partake in live betting. Watch a couple innings and THEN make your bet! The absolute best live wagering platform on the web can be found at Bovada Sportsbook! Check’em out! They’re one of the top 3 sportsbooks on the web!