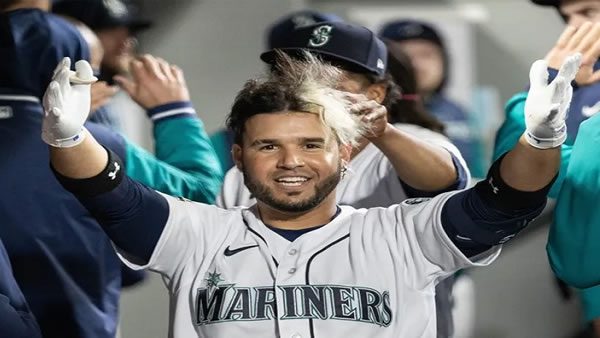 The Seattle Mariners host the Los Angeles Angels on Saturday August 6th at T-Mobile Park. The first pitch in this matchup is scheduled for 10:10 ET. The MLB Odds Board places Seattle as the favorite (-133), with an OU line set at 7.

The Los Angeles Angels will look to add another win to their resume after pulling out a slim 4-3 win over the Mariners. Overall, the team’s pitching staff limited the Mariners to 3 runs on 6 hits. The Angels lineup had a good night at the plate, coming up with 8 hits, leading to 4 runs. Los Angeles picked up the win, despite getting 165.0 on the moneyline. When looking at the over-under result, the Angels and Mariners matched the line set at 7.0 runs. At 45-53-8, Los Angeles has combined to stay below the over-under betting lines in over half of their games.

The Angels will be hoping to pick up a win in today’s matchup, as they have gone just 2-3 over their last 5 games. This mark has come on an average run margin of just -3. In their last 5 contests, Los Angeles is averaging 3.4 runs per game, right in line with their season average of 3.90. Los Angeles’s overall series record is just 13-18-3.

The Mariners are coming off a tight loss to the Angels, dropping the game 4-3. Even in the loss, the pitching staff allowed just 4 runs on 8 hits. With their 6 hits, the Mariners could only plate 3 runners. Seattle dropped the game despite being favored at -200.0. So far, the team has won 64.0% of the games in which they were favored. Combined, the Mariners and the Angels matched the over-under total of 7.0. This result drops Seattle’s over-under record down to 50-53-4.

In their last 5 contests, the Mariners have just 2 wins, going 2-3. During this time, the team has a run differential of -1. Even with their recent struggles, the offense has been steady, averaging 4.4 runs per game. This is right in line with their season average of 4.07. On the season, Seattle has won more than half of their series, going 18-15-1.

Reid Detmers gets the start for the Angels, with an overall record of 3-3. To date, Detmers has an ERA of 3.62 while lasting an average of 5.12 innings per appearance. Through 16 outings, opposing teams have combined for a batting average of 0.193. Despite a strong batting average allowed, Detmers is prone to giving up home runs, averaging 1.21 homers per 9 innings pitched. Per game, Reid Detmers is averaging 4.69, on a strikeout percentage of 23.0%. For the season, he has struggled with command averaging 3.29 walks per outing.

The Seattle Mariners will send George Kirby to the mound with an overall record of 2-3. To date, Kirby has an ERA of 3.56 while lasting an average of 5.22 innings per appearance. Opposing teams have hit the ball well against the right-hander, with a batting average of 0.26. Opposing batters have been able to drive the ball with power against Kirby, averaging 1.48 homers per 9 innings pitched. Per game, George Kirby is averaging 5.21, on a strikeout percentage of 24.0%. Kirby has done a good job at limiting walks, averaging just 1.35 per contest.

Today’s matchup between the Los Angeles Angels and Seattle Mariners will be their 10th meeting of the season. Los Angeles has the lead in the series at 6-3. The over-under record in this series sits at 1-6. The average run total in these games is 9.58 runs per game. In these matchups, the average scoring differential sits at 2.67 runs. Dating back to last season, Seattle picked up 11 wins compared to 8, taking the season series. In these 19 meetings, the two teams combined for an over-under record of 12-7. Last year, the Angels and Mariners averaged 9.58 runs per game. The average scoring differential in this series was 3.79 runs per game.

Heading into Saturday night’s showdown between Los Angeles and Seattle, look for both offenses to struggle at the plate, as George Kirby and Reid Detmers have each put together strong seasons. Detmers comes into the game with a WHIP of just 1.05 and racked up 12 K’s in his last outings. I see this playing out as a low-scoring game and recommend taking the under.

Free MLB Pick: Under 7. Football is coming! Boost your bankroll with a HUGE 100% real cash bonus on your first deposit of $100 to $500 when you use bonus code PREDICTEM at Betnow Sportsbook!