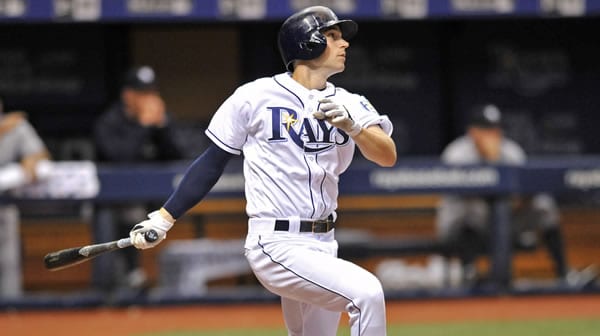 Return of the Nightmare

Just as the Rays have made it a series, along comes the Dodgers’ old friend Charlie Morton, the man who beat them to win Game 7 of the World Series in 2017. Morton was previously a member of the Astros and has shown a penchant for the big games. That’s continued through this season, as Morton was the man on the mound when the Rays faced a decisive seventh game in the ALCS and finished off his former team.

Against the Dodgers three years ago, Morton was as good as it got. He pitched 10 1/3 innings in the World Series and gave up just a single run, slamming the door on Los Angeles when Houston called on him in the seventh game with three shutout innings. The main thing that Morton hasn’t done in this postseason that’s made him so dangerous is that he isn’t beating himself. The Dodgers made a living off walks in Game 1, getting seven free passes against Rays pitching. That isn’t likely to work against Morton, who hasn’t walked more than two hitters in a game in the postseason. If the Dodgers get impatient — which happened in Game 2 — Tampa Bay will have a significant edge.

One of the big problems the Dodgers have had throughout this series is that while they’ve been disciplined in working out walks, they’ve also had a hard time putting the ball in play. Los Angeles has fanned 26 times in two games, or just under half of all of their outs. Conversely, the Rays have been much better at making contact, striking out only 16 times in the first two games.

That’s a big change for Los Angeles, and one they’ve got to get fixed in this game. With Morton not beating himself, there’s a real worry that the Dodgers might be a tad too selective and are letting hittable pitches go by. If the Dodgers aren’t taking advantage of the few pitches Morton gives them; their job gets a lot harder.

Once again, the pressure has flipped in this series, and that’s mainly because of the pitching matchup. The easiest way for Los Angeles to win this World Series is to get four wins behind Clayton Kershaw and Walker Buehler, which means wins in Games 1, 3, 5, and 7. So far, that’s been the script, and now it’s Buehler’s time to do his part for the cause.

Buehler appears to be the perfect man to make this plan work because he’s been as consistent as it gets during baseball’s biggest stage. He’s allowed no more than two earned runs in a start and has scattered seven or eight baserunners per game. In his most recent start against Atlanta, he gave up seven hits, but his control was perfect, and he made sure that the Braves couldn’t do anything with them. The rest of the Dodgers will take their cue from him, and if he’s his usual calm self, Los Angeles will be in good shape in this one.

The wind will be heading north at 15 miles an hour, which favors left-handed hitters, as the ball will be blowing down the line IF the roof stays open. With temperatures set to fall to 51 degrees and rain possible, MLB might order the roof closed, taking the wind out of the equation.

When the Dodgers have a quality starter on the mound, the game favors them. Even with Morton on the hill, Los Angeles has been the better team this series and has the better and more consistent lineup. Corey Seager has continued to hit well, and Brandon Lowe hasn’t consistently shown that he can get the job done in the postseason for the Rays, even after a strong Game 2.

I think the Dodgers are in better shape with Buehler on the mound, and as long as he gives them a sharp five to six innings, they should win this game. I think he does, and I’ll take Los Angeles to pull back ahead in the series here. Bet World Series Game 3 for FREE! Deposit $200 and get a FREE $100 bet at Bovada Sportsbook! They have a killer live betting platform and you get rebates on ALL your action; win, lose or draw! Click here to sign up now!