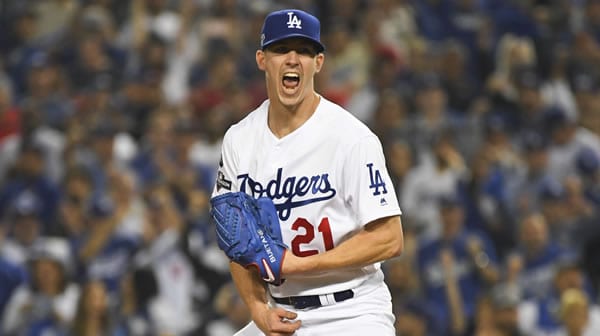 The Chicago Cubs host the Los Angeles Dodgers on Sunday, May 8th at Wrigley Field. The first pitch in this matchup is scheduled for 07:08 ET. The MLB Odds Board places Los Angeles as the favorite (-200), with an OU line set at 8.

The Los Angeles Dodgers are coming off a 4 win over the Cubs by a score of 6-2. Overall, the team’s pitching staff limited the Cubs to 2 runs on 5 hits. The Dodgers benefited from an offense that generated 6 runs on 11 hits. Heading into this game, Los Angeles was the betting favorite, at -180.0. Through 25 games as the favorite, the team has found the win column at a rate of 72.0%. Together, the Dodgers and Cubs combined to surpass the over-under betting line set at 7.5 runs. On the season, Los Angeles’s over-under record is 9-15-1.

The Dodgers come into this game having won all 5 of their recent games. This record has come on an average scoring differential of 24. A key to their recent success has been an offense averaging 6.2 runs per game compared to their season average at 5.08. So far, Los Angeles has won over half of their 9 series played, going 7-2-0.

Chicago is coming off a 4 runs loss to the Dodgers. Dropping the game (6-2). Chicago’s pitching staff gave up 11 hits, leading to 6 runs for the Dodgers. Offensively, they finished with 2 runs on 5 hits. Leading into Chicago’s loss, they were the underdogs, getting 148.0 on the moneyline. In their 7 games as the underdog, their SU win percentage sits at 29%. In terms of the over-under, the Cubs and Dodgers combined to surpass the line of 7.5 runs. For the season, the team’s OU record is (13-12-1).

The Cubs come into today’s game looking to turn things around, as they are just 1-4 over their last 5 games. During this time, the team has a run differential of -12. If Chicago is going to pick up their play, they need to improve their offensive performance. Over their last 5 contests, they are averaging just 1.6 runs per game, compared to a season average of 3.92. Chicago has a below .500 series record of just 1-6-2.

For the Dodgers, Walker Buehler gets the start. So far, he has put together a record of 3-1. Currently, Buehler has a strong ERA of just 2.12 while pitching an average of 5.84 innings per outing. Across his previous starts, opposing teams have put together a batting average of 0.232. Despite the opposing team’s finding success getting on base against Buehler, he has managed to keep the ball in the ballpark, allowing 0.62 home runs per 9 innings. Up to this point, Buehler’s has a strikeout percentage of 21.0% and a per 9 average of 5.2. Leading into the game, he has shown a strong command of his pitches, averaging just 2.12 walks per contest.

For the Cubs, Marcus Stroman gets the start. So far, he has put together a record of 1-3. Leading up to the game, Stroman is hoping to bring down an ERA of 5.13. So far, he is averaging 5.22 innings per outing. Opposing lineups have put together a combined batting average of 0.24 against Stroman. In terms of power, the right-hander is giving up 1.38 homers per 9 innings pitched. Heading into today’s action, Marcus Stroman is averaging 4.4 K’s per 9 innings. Throughout the season, his strong command has led to an average of just 2.39 walks per contest.

So far, the Chicago Cubs and Los Angeles Dodgers have met up 7 times, with Los Angeles leading the season series, 2-0. Through 7 games, the series’ over-under record is 2-0, with the average run total sitting at 7.29 runs per game. In these matchups, the average scoring differential sits at 5.5 runs. Dating back to last season, the Chicago picked up 4 wins compared to 3, taking the season series. In these 7 meetings, the two teams combined for an over-under record of 3-3. Last year, the two teams averaged 7.29 runs per game.

Heading into the season, the Cubs thought Marcus Stroman would provide the team with a quality option at the top of their rotation. However, the team’s key free-agent signing has yet to live up to expectations. Although he might turn things around, I don’t expect that to happen against the Dodgers. And, with Walker Buehler on the mound for LA, look for the Dodgers to pick up the win and cover the runline.

Free Pick: Dodgers -1.5. Bet your LAD/ChC pick for FREE by taking advantage of a 100% REAL CASH bonus on your first deposit of $100 to $300 at MyBookie Sportsbook when you use bonus code PREDICT100.