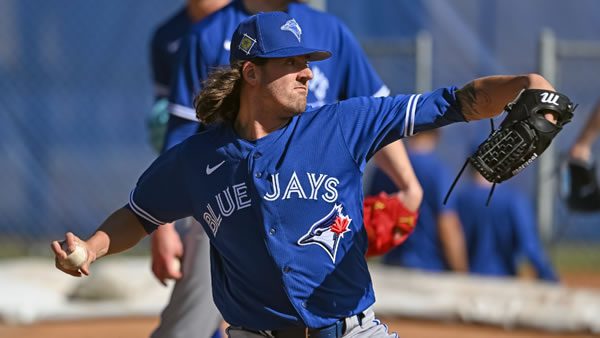 The Toronto Blue Jays host the Seattle Mariners on Saturday October 8th at Rogers Centre. The first pitch in this matchup is scheduled for 04:07 ET. The MLB Odds Board places Toronto as the favorite (-155), with an OU line set at 7.0.

In Seattle’s last game vs Toronto, the Mariners came away with a 4-0 win. On their way to the victory, the pitching staff gave up 0 runs on 8 hits. The Mariners benefited from an offense that generated 4 runs on 9 hits. This victory came despite being the betting underdog, getting 115.0 on the moneyline. Together, the Mariners and Toronto stayed below the over-under line set at 7.0 runs. This outcome pushed Seattle’s over-under record further below .500 at 75-80-8.

The Mariners are looking to continue adding wins, as they are 4-1 over their last 5 games. Over this stretch, the team has a positive run differential at +8. A key to their recent success has been an offense averaging 5.6 runs per game, compared to their season average of 4.26. So far, Seattle has won over half of their 52 series played, going 28-20-4.

Toronto is coming off a 4 run loss to the Orioles. Dropping the game 4-0. Despite the losing effort, the team’s pitchers held the Orioles to 4 runs and 10 hits. At the plate, the Blue Jays only came through for 0 runs on 13 hits. Toronto came away with a loss, despite being favored on the moneyline (-135.0). So far, the team has won 59.0% of the games in which they were favored. Combined, the Blue Jays and Orioles’ run total fell below the over-under line of 7.0 runs. Toronto still has an above .500 over-under record at (83-76-4).

Across their last 5 contests, the Blue Jays are above .500, going 3-2. During this time, the team’s run differential sits at +6. Toronto has benefited from strong pitching, as their offense has slipped in their last 5 games, averaging just 4.0 runs per game. Their overall average sits at 4.78. On the season, Toronto has won more than half of their series, going 27-17-8.

Robbie Ray gets the start for the Mariners, with an overall record of 12-12. To date, Ray has an ERA of 3.71 while lasting an average of 5.91 innings per appearance. So far, Ray has a batting average allowed of .231. Opponents are hitting for power against Ray, as his HR/9 figure sits at 1.52. In terms of strikeouts, Robbie Ray has a strong strikeout percentage of 27.0%, including a per-game average of 6.62. Command has been a problem for Ray, as he is giving up 2.95 walks per outing.

Kevin Gausman gets the start for the Blue Jays, with an overall record of 12-10. Gausman gets the start with an ERA of 3.35. On average, he has lasted 5.62 innings per appearance. Opposing teams have hit the ball well against the right-hander, with a batting average of .272. Throughout the season, Gausman has done a good job at limiting home runs, allowing 0.77 per 9 innings. On the season, Kevin Gausman has had no problem racking up strikeouts, posting a strikeout percentage of 28%. This has led to an average of 6.61 K’s per game. Gausman comes into the game hoping to improve his walk numbers, as he is averaging 1.44 free passes per outing.

Today’s matchup between the Seattle Mariners and Toronto Blue Jays will be their 9th meeting of the season. So far, Seattle is leading the season series, 6-2. Through 8 games, the series over-under record is 2-6, with the average run total sitting at 10.83 runs per game. The averge scoring margin in these meetings is 3.12 runs. Last season, Seattle picked up the series win, 4 games to 2. In these 6 meetings, the two teams combined for an over-under record of 4-2. Last year, the Mariners and Blue Jays averaged 10.83 runs per game. The average scoring differential in this series was 4.17 runs per game.

Heading into Saturday’s AL Wild Card showdown, Seattle Mariners have a chance to punch their ticket to the Divisional round, but must go through Blue Jays starter Kevin Gausman. Unfortunately for Toronto, Gausman has not been the same pitcher at home, finishing the season with a 4.57 at the Rogers Centre. Look for Seattle to pull off the upset, making the Mariners an excellent bet on the moneyline.