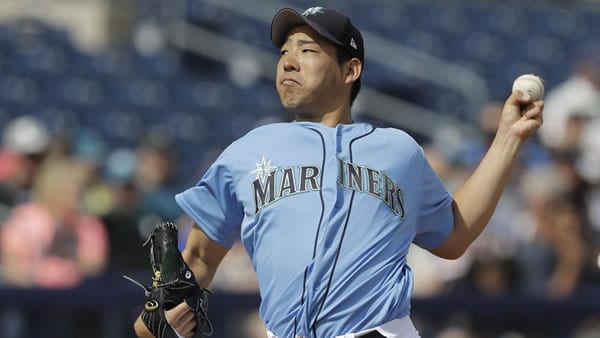 Moneyline: SEA +160/CHW -190 (Find the best sportsbooks >>> Why settle for less when you could be enjoying a 100% real cash bonus or betting at reduced odds?)

Return to the Road

The biggest question with the Mariners right now is whether their recent surge is real or
whether it’s only been fueled by getting to play a long stretch at home. Seattle has won eight of
its last ten games to get back over .500 and get itself back into the playoff chase (granted,
there’s still just over half of the season to play), but nine of those ten contests took place in
the Pacific Northwest.

For the year, Seattle has been a rather pedestrian road team, going just 15-21 outside of
Seattle. However, when they’ve left the West Coast, they’ve tended to see more runs cross the
plate. Seattle’s park is one of the more pitcher-friendly parks in the majors, and once they’ve
gotten free of T-Mobile Park, they’ve seen both their batting average and opponents’ batting
averages rise. In their past 17 games in the Eastern and Central Time Zones, where most of the
stadiums are hitter-friendly, the Mariners have played to the Over 11 times, and three of the six
Unders were in Houston, which owns the third-best ERA in the American League.

The White Sox own the best ERA in the American League (fifth in the majors), but they’ve
played five of their past seven to the over because the pitching staff has been struggling for
the past week. Part of that’s because they came up against the Astros and gave up 27 runs in four
games in Houston, but they also allowed nine runs to Pittsburgh, which ranks near the bottom of
the majors in runs scored. Over their past seven games, the White Sox have given up 43 runs,
which would put their team ERA at the bottom of the barrel if it were extrapolated over an entire
season.

The one exception to the White Sox’s struggles? Carlos Rodon, Friday’s starter. Rodon
couldn’t stop the bleeding in Houston, but it certainly wasn’t his fault, as he struck out
eight and held the Astros to a mere three hits and one run. When the strikeout props do hit, it
might be a good idea to jump on Rodon’s total if you can get it at over 8.5. Rodon has notched at
least eight strikeouts in nine of his past ten starts, and the Mariners have struck out 725 times
this season, fourth-most in baseball. If Rodon has his good stuff, which he has for the past
month-plus, a 10-spot is possible in the K column.

When Seattle has a chance to win the game late, it might be a good time to go for the live
bet. If you had done so in the series against Tampa Bay, you would have walked away with a nice
stack of cash because Seattle managed to cash in the winning runs in its final turn at bat in
three out of four games with the Rays, a rather impressive feat for an offensively-challenged
squad. The Mariners might struggle to score, but they know how to take advantage of a late
chance. For the season, Seattle has managed 13 wins — a full third of their win total this
season — in their final at-bat of the game. If the game is close, it might not be a bad idea to
back the Mariners on the run line as a live bet; chances are they’ll make it a bit closer and
might even pull out a win.

Winds will blow in slightly, heading northeast at six miles per hour and traveling toward the
first-base dugout. Temperatures will be slightly warm, hitting 76 at the first pitch.

The bet I want here is probably the Mariners on the runline. I don’t love the -135 juice
there, but I don’t trust the Sox right now, and I sure don’t want to go against Rodon when he’s
been pitching so well. Seattle’s still a light-hitting team, so I think the best bet in this game
is to go for the Under. I can’t see either team putting up big numbers right now, and I think
both pitchers will be able to hold their opponents in check.

For this matchup, I’ll have to reluctantly take the White Sox on the Moneyline, simply
because they’re such a good home team. But it won’t shock me at all if this one ends up a
one-run game or a Seattle win. Boost your bankroll without even placing a wager by taking advantage of a 100% bonus on your first deposit of $100 to $500 at GTBets Sportsbook!