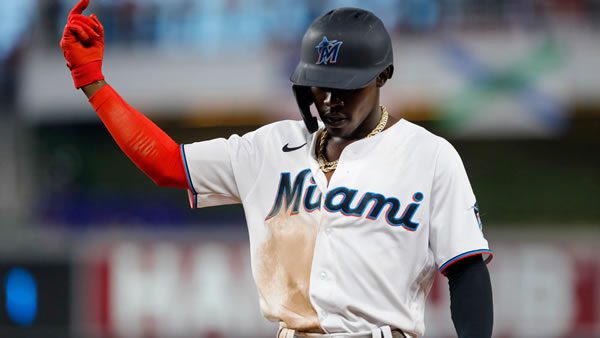 The Miami Marlins host the New York Mets on Friday, July 29th, at LoanDepot park. The first pitch in this matchup is scheduled for 06:40 ET. The MLB Odds Board places New York as the favorite (-150), with an OU line set at 6.5.

In the New York Mets’ last game, they picked up a 3-2 win over the Yankees. Overall, the team’s pitching staff limited the Yankees to 2 runs on 7 hits. The team was able to pick up the win despite scoring just 3 runs on their 9 hits. In the matchup, New York was favored at -200.0 on the moneyline. Through 74 games as the favorite, the team has found the win column at a rate of 68.0%. Combined, the Mets and Yankees fell short of the over-under betting line of 7.5 runs. New York games have still surpassed the over-under line more than half of the time, at 48-42-8.

The Mets come into this game with a 3-2 record over their last 5 contests. Over this stretch, the team has a positive run differential at +3. New York has put together this record, despite averaging just 3.8 runs per game, compared to their season average of 4.65. So far, New York has won over half of their 31 series played, going 22-6-3.

The Marlins will look to add another win, as in their last game, they defeated the Reds by a score of 7-6. Miami’s pitching staff gave up 11 hits, leading to 6 Reds runs. At the plate, the Marlins scored 7 times on 10 hits. This was a good win for the Marlins, as they were underdogs at 115.0 on the moneyline. So far, the team has gone into 46 games as the underdog, still finding the win column at a rate of 33.0%. The Marlins and Reds went over the run total line set at 9.0 runs. This outcome moves the team’s over-under record back to .500 at 47-47-5.

The New York Mets will send Chris Bassitt to the mound with an overall record of 7-7. So far, Bassitt has put together an ERA of 3.63. In his appearances leading up to today, he has lasted an average of 6.06 innings. Across his previous outings, opponents are batting 0.223 against Bassitt. Despite a strong batting average allowed, Bassitt is prone to giving up home runs, averaging 1.24 homers per 9 innings pitched. On the season, Chris Bassitt has had no problem racking up strikeouts, posting a strikeout percentage of 26.0%. This includes a per game average of 6.39 K’s per game. Command has been a problem for Bassitt, as he is giving up 2.31 walks per outing.

Sandy Alcantara gets the start for the Marlins, with an overall record of 9-4. Heading into the game, Alcantara has appeared in 20 contests, posting an ERA of just 1.81. On average, he pitches 7.21 innings per appearance. So far, batters are hitting just 0.187 against him. Not only does Alcantara have a strong batting average allowed, but he has also avoided giving up home runs. In his previous outings, opponents are averaging just 0.44 home runs allowed per 9 innings. In terms of strikeouts, Sandy Alcantara has a strong K% of 24.0%, including a per game average of 6.65. Alcantara comes into the game hoping to improve his walk numbers, as he is averaging 2.24 free passes per outing.

For the season, the New York Mets and Miami Marlins will be playing their 12th game of the season. So far, New York is leading the season series, 7-4. The over-under record in this series sits at 5-4. The average run total in these games is 7.05 runs per game. The averge scoring margin in these meetings is 3.45 runs. Last season, New York picked up the series win, 10 games to 9. In these 19 meetings, the two teams combined for an over-under record of 9-10. Last year, the Mets and Marlins averaged 7.05 runs per game. The average scoring differential in this series was 2.32 runs per game.

More Picks: Get our Cards vs. Nats Recommended Bet

Heading into Friday’s NL East showdown between Miami and New York, the over-under betting line is set at 6.5 runs. However, with Sandy Alacantara and Chris Bassitt on the mound, runs will be hard to come by for either side. Even with a low betting line, I still recommend taking the under in what should be an outstanding pitchers duel.