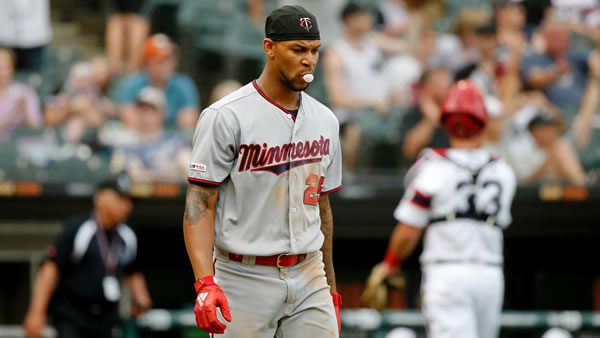 If you had the Guardians in first place at this point in the season, you’re either lying, or you’re a big Cleveland homer. The AL Central was supposed to be a two-team race, and those perceptions only intensified after the Guardians stumbled to a 19-23 start. But Cleveland is now 16-5 in its last 21 games, and the Guardians aren’t just beating up on bad teams in this stretch. Yes, the Guardians did get rolling against Kansas City, Baltimore, Texas, and Oakland, but they followed those series with a sweep of the Rockies in Denver and winning two out of three at Dodger Stadium.

It’s still not completely clear if this is a good team or not, but what is clear is that the Guardians hit better than they have in recent seasons and have lost none of their pitching ability. With Terry Francona seemingly pushing all the right buttons yet again, Cleveland has a chance to make a real run at the postseason as long as it doesn’t get overwhelmed by the pressure of being the hunted instead of the hunter.

Sonny Gray has pitched very well over the past two months when he’s been healthy enough to make his start. He missed two starts in June after the Twins won all five of his starts in May, but he picked up right where he left off with his most recent June start, as he shut out the Mariners and went five innings in a 5-0 victory.

The one knock on Gray’s consistency this season is that he’s done almost all of his work against bad teams this season, with the Guardians being the best team that he’s seen all season. Otherwise, he hasn’t seen a decent opponent all season long, which makes his string of never giving up more than two earned runs in a start far less impressive. Still, the Twins have won six straight starts with him on the mound, which is an accomplishment regardless of who you’re facing.

Keep It In the Park

Triston McKenzie’s had a bit of a problem in keeping the ball from flying out of the stadium as of late, as he’s given up ten home runs in his past 35 innings of work. McKenzie didn’t have much of an issue with preventing the big fly in the first part of the season, as only one mistake against the Angels left the yard in his first five starts of the year. But in his five most recent starts, the balls have been sailing out with an alarming regularity. Against Detroit, for example, the Tigers launched a pair of home runs…which proved to be the only runs they needed in a 2-1 Guardians loss. Against the Athletics, it was nearly the same story, but the Guardians did just enough to win 3-2 and offset Oakland’s two solo shots.

And that underlies the other reality of McKenzie’s situation: nobody is manufacturing runs against him. Out of the 13 runs he’s given up in his past five starts, 12 of them have come via home run, either from the homer itself or from someone being on base at the right time. Only the Twins managed to bring a run home against him without hitting the ball out of the park, and they did that twice in the game as well for a 3-1 win. This Twins team isn’t quite as strong at home runs as past teams, but it is still dangerous, hitting 78 on the year.

It’s going to be warm but manageable in Minneapolis for this game, with temperatures at 84 degrees at first pitch and wind blowing at nine miles per hour toward right-center field.

With two of the teams’ four meetings decided by a single run this year, taking the Guardians on the run line is probably the safest way to play this. However, the value isn’t great at -160, so you might want to be more aggressive and back Cleveland to keep the wins coming. I think Gray is due for a regression to the mean, so as long as McKenzie can avoid the big fly, the Guardians have the edge.