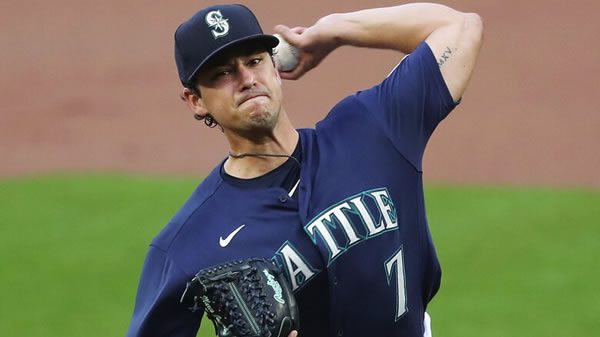 The Oakland Athletics host the Seattle Mariners on Tuesday, June 21st at T-Mobile Park. The first pitch in this matchup is scheduled for 09:40 ET. The MLB Odds Board places Seattle as the favorite (-131), with an OU line set at 8.5.

The Mariners are hoping to get back on track after falling to the Angels, by a score of 4-0. In the loss, Seattle’s pitchers gave up 4 runs on 9 hits. With their 2 hits, the Mariners could not muster a run. This defeat came despite being favored at -175.0. Through 30 games as the favorite, the team has found the win column at a rate of 50.0%. Combined, the Mariners and Angels fell short of the over-under betting line of 7.5 runs. This outcome pushed Seattle’s over-under record further below .500 at 32-35-1.

Over the Mariners’ last 5 contests, they have a record of just 1-4. This mark has come on an average run margin of just -5. Seattle’s offense is in the middle of a cold streak, as their offensive production has dipped to just 2.2 runs per game over their last 5 contests. Seattle’s overall series record is just 8-12-1.

The Oakland Athletics are coming off a big win over the Royals by a score of 4-0. For the game, the pitching staff held the Royals to 0 runs on 3 hits. At the plate, the Athletics only came through for 4 runs on 9 hits. Despite being the underdogs, getting 130.0 on the moneyline, the Athletics still picked up the win. So far, the team has gone into 54 games as the underdog, still finding the win column at a rate of 33.0%. Combined, the Athletics and Royals run total fell below the over-under line of 8.0 runs. Now, Oakland had an over-under record of 28-34-6.

In their last 5 contests, the Athletics have just 2 wins, going 2-3. During this time, the team has a run differential of -10. The team’s offense is partly to blame for their recent slump, as they have averaged just 2.0 runs over their last 5 game. Oakland has a below .500 series record of just 4-16-1.

Marco Gonzales gets the start for the Mariners, with an overall record of 3-7. So far, Gonzales has put together an ERA of 3.41. In his appearances leading up to today, he has lasted an average of 5.25 innings. So far, Gonzales has a batting average allowed of 0.244. Home runs have been an issue for Gonzales, as he is allowing an average of 1.58 per 9 innings pitched. Gonzales is in the bottom half of the league in strikeouts, averaging just 3.08 K’s per game. This includes a strikeout percentage of 14%. Command has been a problem for Gonzales, as he is giving up 3.41 walks per outing.

The Oakland Athletics will send James Kaprielian to the mound with an overall record of 0-4. Kaprielian gets the start with an ERA of 6.31. On average, he has lasted 4.57 innings per appearance. Compared to other starters, the right-hander has a high BA allowed of 0.265. Opposing batters have been able to drive the ball with power against Kaprielian, averaging 2.19 homers per 9 innings pitched. In terms of strikeouts, Kaprielian is averaging just 3.0 K’s per game. So far, he has struck out 15.0% of the batters he has faced. Kaprielian comes into the game hoping to improve his walk numbers, as he is averaging 4.14 free passes per outing.

Today’s matchup between the Seattle Mariners and Oakland Athletics will be their 4th meeting of the season. Oakland holds the edge in the series at 2-1. Through 3 games, the series’ over-under record is 2-1, with the average run total sitting at 8.26 runs per game. In these matchups, the average scoring differential sits at 1.67 runs. Last season, Seattle picked up the series win, 15 games to 4. In these 19 meetings, the two teams combined for an over-under record of 6-13. Last year, the Mariners and Athletics averaged 8.26 runs per game. The average scoring differential in this series was 2.79 runs per game.

Heading into Tuesday’s AL West showdown between Seattle and Oakland, the over-under run total is set at 7 runs. So far, Oakland has been one of the worst hitting teams vs left-handed pitching, posting a batting average of just .223. Look for this to be a low-scoring game, staying below 8.5 runs.

Free MLB Pick: Under 8.5 Runs. Bet your Mariners vs. A’s prediction and ALL your MLB wagers for FREE this week by snagging a 100% real cash bonus up to $300 when you use bonus/promo code PREDICT100 at MyBookie Sportsbook!