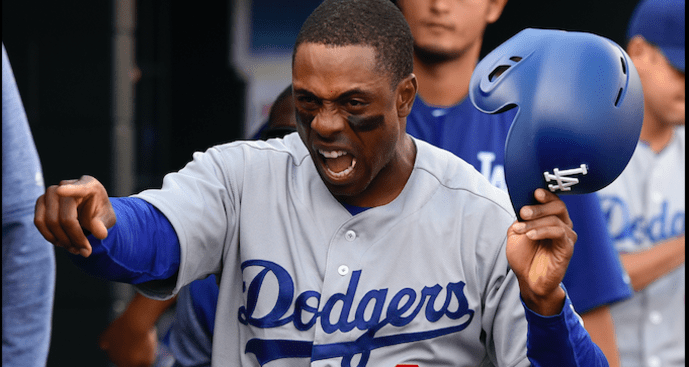 Milwaukee was up 2-1 in this best-of-seven NLCS, but Los Angeles took Games 4 and 5 to go up three games to two, heading into Game 6 Friday night in Brewtown. How are we playing this contest with our daily free MLB picks?

The Game 6 betting odds opened the Dodgers at around -120, with an over/under of 8 runs. The early betting action then dipped that line to around -115.

LA could also be found getting around +145 giving the run and a half on the run line.

The Dodgers took the lead in this series with a 5-2 Game 5 victory Wednesday night in LA, winning as -185 favorites with Clay Kershaw.

That game pushed its total of 7 when the Brewers’ Curtis Granderson drilled a meaningless run-scoring double with two outs in the top of the ninth.

Los Angles took the regular-season series from the Brewers four games to three.

This pitching match-up is a rematch of last Saturday’s Game 2, a game the Dodgers came from behind to win 4-3.

Lefty Miley (5-2, 2.57), by our strict standards, is only 6/19 on quality starts this season, and 0 for his last seven. But those numbers don’t quite tell the story with this guy, who has yet to allow more than three earned runs in an outing this season. Wednesday in Game 5 of this series, in a bit of over-managing, Miley started, walked the first batter of the game and was removed. Last Saturday he held Los Angeles scoreless on two hits through 5 2/3 innings. And in his start previous to that in that NLDS against Colorado he allowed no runs and three hits through 4 2/3 frames.

On the season the Brewers are 13-6 in Miley’s starts, 8-2 over his last ten outings.

So in four outings this year against the Dodgers Miley has allowed just one unearned run and eight hits through 18 2/3 innings. And yet Milwaukee is only 1-3 in those games.

Fellow lefty Ryu (7-3, 1.97) is 10/17 on quality starts this year, and four for his last five. Last Saturday he gave up two runs and six hits through 4 1/3 innings against these Brewers, while in his previous start against Atlanta in that NLDS he tossed seven innings of four-hit, shutout ball. Going back a little further Ryu has allowed just three runs and 22 hits through his last 30 1/3 innings.

Miley actually got the better of Ryu last Saturday, but the Brewers bullpen blew a lead. And both these guys have been pretty darn good as of late. For handicapping purposes, we’re calling this pitching match-up a push.

We’ll give the Brewers a short edge with the sticks for Game 6.

We’ll give the Brew Crew the edge in the comparison of the bullpens, but not by much.

Unders are 43-40 in games played at Miller Park this year, which are averaging 8.6 total runs per.

We’re giving Milwaukee one total star in our main handicapping factors, and the Brewers are home dogs. So we’re going with the Brew Crew for our free MLB pick on Game 6.